The two teams came together for a Tuesday night reception to raise money for the Carmelo Anthony Relief Fund. 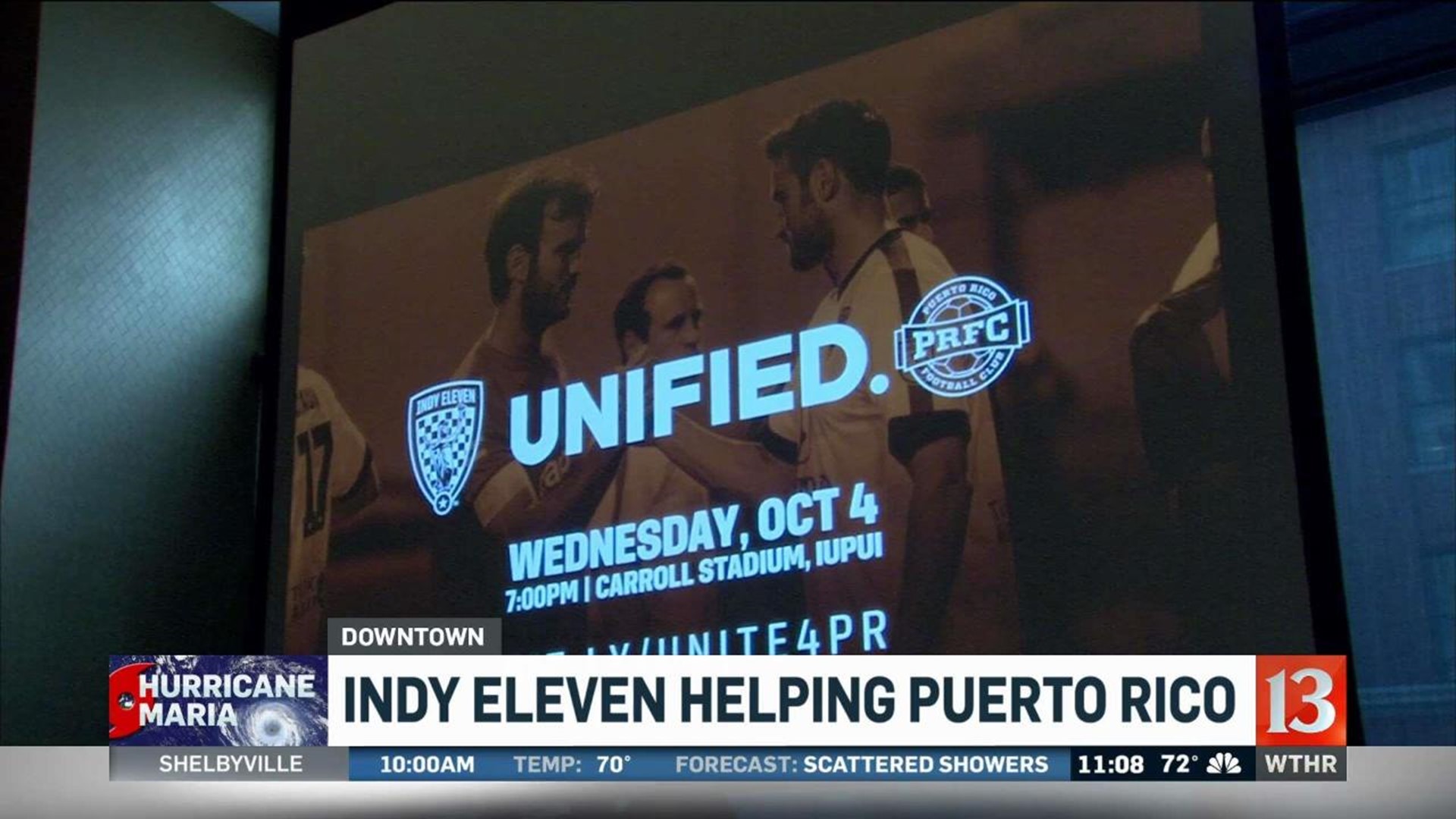 But a few hours ago, the two teams came together for a reception to help raise money for hurricane relief.

Prime 47, who hosted the event, is donating 25% of its sales tonight to the Carmelo Anthony Puerto Rico Relief Fund.

Tomorrow, @IndyEleven will take on @PRFootballClub & a portion of the proceeds will be donated to relief efforts-we’d love to see you there! pic.twitter.com/GjEE8KBfyN

The head coach hopes their performance here gives their community something positive to talk about.

"With us playing put here, we can give some good news to the people at least in the newspaper," said Marco Velez, the head coach of Puerto Rico FC. "We're fighting for you and doing these types of events to help out and put our two cents in for the island."

Fans will also be able to make a donation to help out Puerto Rico at tomorrow night's match.

Puerto Rico FC's stadium suffered major damage from the hurricane. They will play the rest of the season in other locations.