Simon Pagenaud overtook Scott Dixon in the last laps of the IndyCar Grand Prix Saturday at the Indianapolis Motor Speedway. 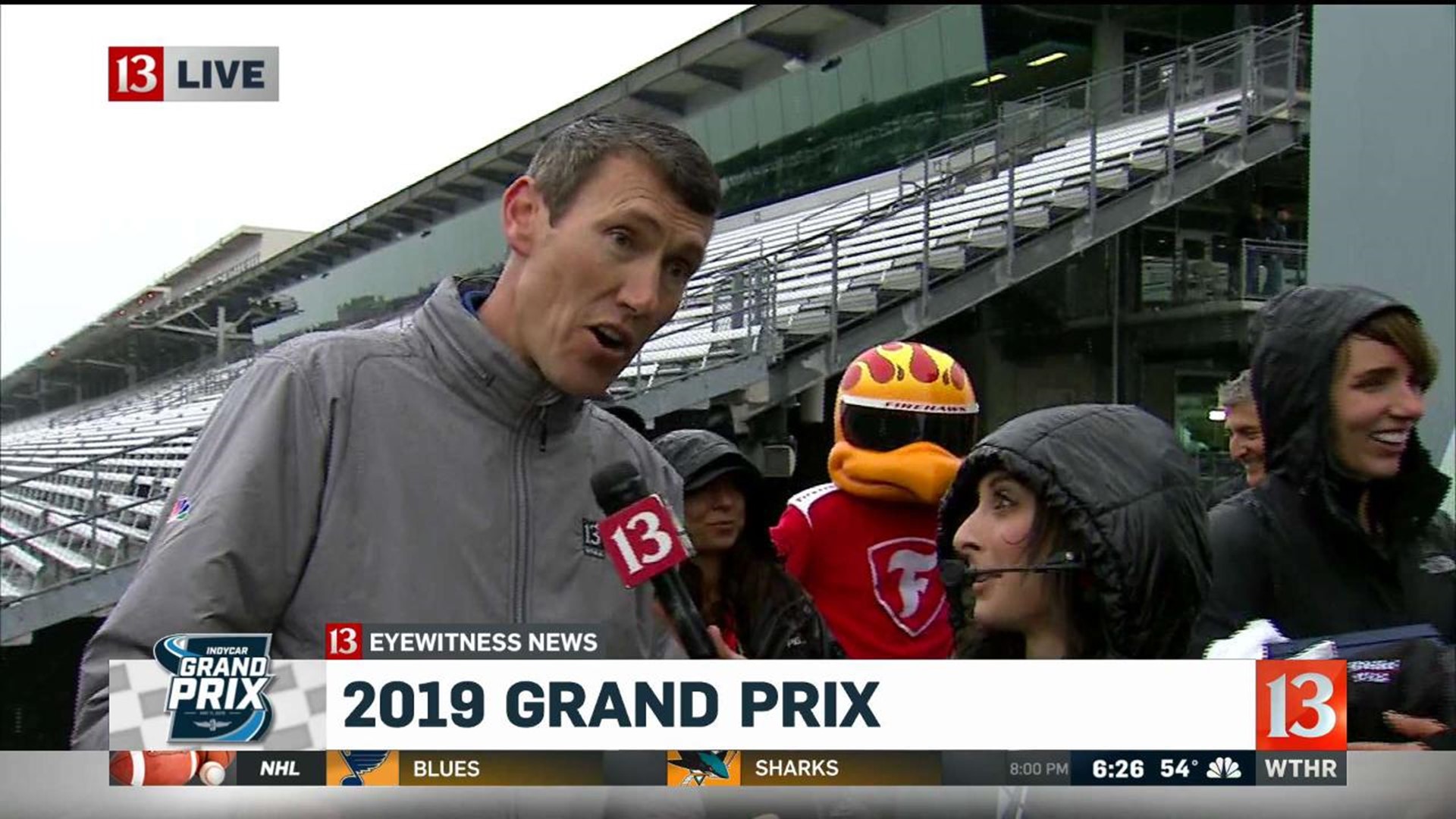 The Frenchman made a daring pass through three turns on the second-to-last lap and sped away from Scott Dixon for his third IndyCar Grand Prix victory and first series win since the 2017 season finale at Sonoma. Pagenaud beat five-time series champion Scott Dixon by 2.0469 seconds.

"I've got to get everything right, and we did that this weekend," Pagenaud said. "lowly and surely, we got there. The stars just didn't align before. But the performance has always been there this year. The team has been fantastic at giving me what I need. So, here we are."

Did you guys see that one coming?! Brake you very much, #IndyCarGP!!! #THISISMAY #INDYCAR pic.twitter.com/SRbLmefFO3

After qualifying eighth, barely avoiding a loose tire from teammate Josef Newgarden during the race and running out of push-to-pass time during a pass of Jack Harvey for second, the Frenchman pulled off the victory.

"I can't believe it," Pagenaud said. "Awesome. What a race. I want to thank Team Penske, everybody that supports me. This is the sweetest win I've ever had."

Team Penske has won five straight races on Indianapolis Motor Speedway's 2.439-mile, 14-turn course and Pagenaud and Will Power remain the only drivers to ever win the race. Power also has three wins.

"We kept it in the Penske family," Pagenaud said.

It's the first time this season an IndyCar team has won two races.

Dixon led for most of the second half of the 85-lap race and still led by more than 6 seconds when Pagenaud started his incredible run. He moved into fourth with 15 laps to go, passed Matheus Leist with 11 to go and managed to weave his way around Jack Harvey, leaving only Dixon in front of him.

Pagenaud chased him down then passed him by going wide into the seventh turn, bumping wheels with the New Zealander in the eighth and sped away through the ninth turn.

"From 10 laps to go, I think I kind of knew I was in trouble," said Dixon, who has 44 wins and 43rd career second-place finishes. "You could just see the No. 22 car some pretty immense pace. Once he got past Harvey, it just took two laps until he was on top of us."

Harvey, of England, wound up a career-best third for Meyer Shank Racing in his first career race in the rain. Leist, of Brazil, was fourth — also his best career finish.

All 22 drivers still on the track at the end were running on rain tires.

Alexander Rossi came into the race second in points but lost major ground after finishing 23rd, four laps down.

The American's fate was sealed right from the start — when rookie Patricio O'Ward hit him in the front straightaway as the green flag waved. O'Ward, of Mexico, was assessed a drive through penalty and Rossi couldn't make up the difference.

Rossi, who won the previous race at Long Beach, wasn't the only one Andretti Autosport driver having trouble.

Ryan Hunter-Reay finished 17th after getting hit by James Hinchliffe on the first turn of a restart on Lap 16. Hinchcliffe was assessed a drive-through penalty.

The rookie drivers had additional problems.

After qualifying fourth, Colton Herta was forced out of the race after Harvey hit him on the Lap 16 restart.

Sweden's Marcus Ericssson went out with a broke suspension 11 laps into the race. He skidded through Turn 14, across the grass, across the speedway's oval course and into a concrete wall.

Pole-winner Felix Rosenqvist's had the best of the newcomers, eighth, but the Swedish driver had other issues. Harvey and Jones passed him, to the left and right, early in the race and twice his car caught on fire as he drove out of his pit.

Track workers will convert the speedway from a road course to the traditional 2.5-mile oval in preparation for the 103rd running of the Indianapolis 500.

Practice for the May 26 race begins Tuesday.

The top 30 qualifiers will be established next Saturday while the nine-car pole shootout and the new last row shootout will be held May 19.