Rinus VeeKay got his first-ever IndyCar win at the GMR Grand Prix on Saturday. 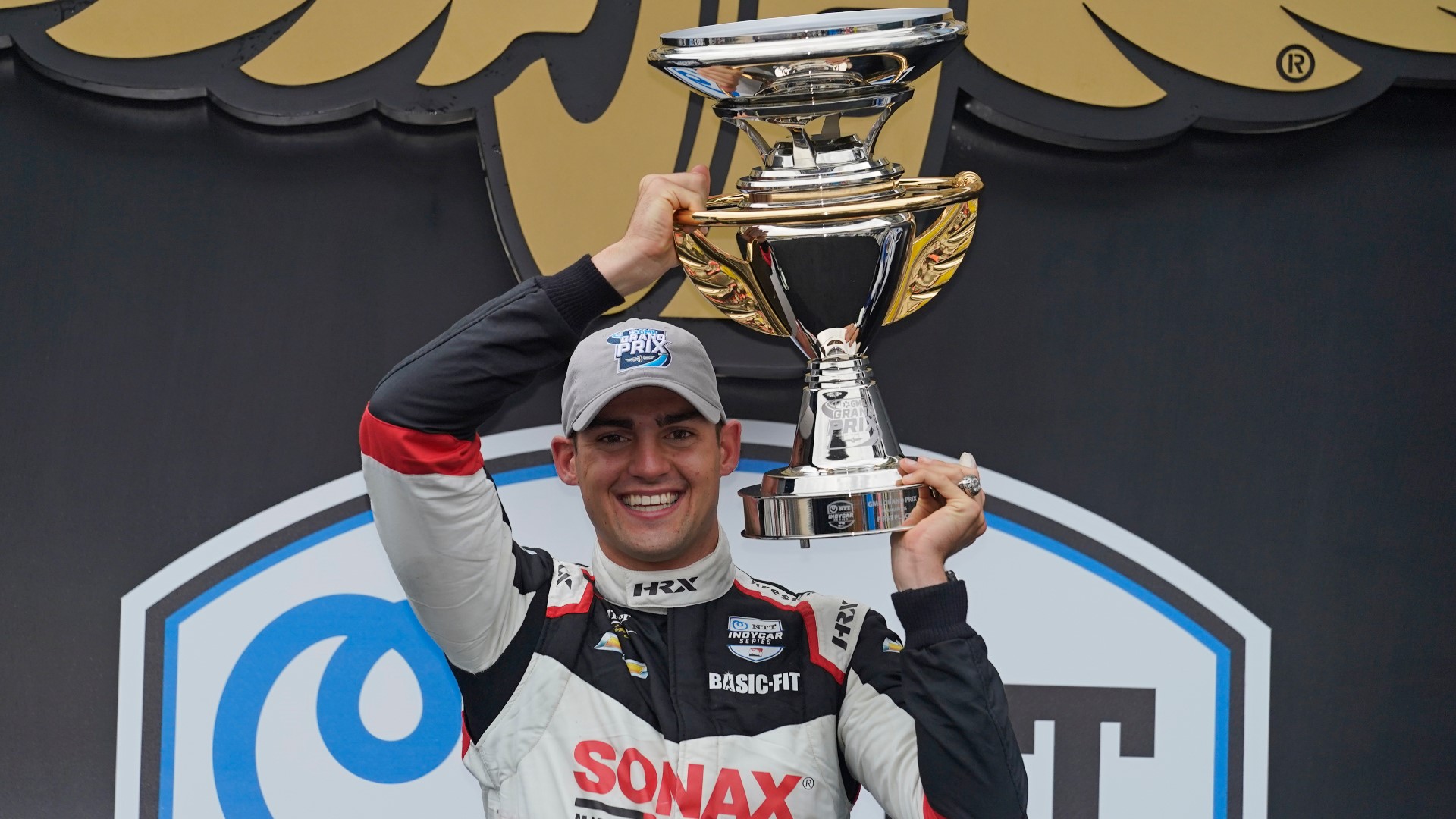 The Dutchman became the third first-time winner through five races this season. That's the most at this point in the season since 2013.

The 20-year-old is the fourth winner 24 or younger to reach victory lane this season. He joins Alex Palou, Colton Herta, and Pato O'Ward in what is quickly becoming a changing of the guard in IndyCar.

VeeKay started seventh in the 85-lap race, which began at 2:30 p.m. at IMS. With six laps to go, VeeKay was leading the pack and ultimately took home the prize. Romain Grosjean finished second for his first podium finish since 2015 when he was driving in Formula One.

After the win, VeeKay took to Twitter to celebrate.

"When I was a kid, I wouldn’t have thought to say on my 20th: I’M AN INDYCAR RACE WINNER!" VeeKay said in a tweet on Saturday.

When I was a kid, I wouldn’t have thought to say on my 20th: I’M AN INDYCAR RACE WINNER! pic.twitter.com/iTcM4gnQIT

"[I'm] extremely grateful. My parents, you know, they sacrificed everything to get me up here. They're standing there and I'm extremely happy," VeeKay said before being congratulated by his dad with a big hug, some tears and an elbow bump.

VeeKay is just 20-years-old. So, instead of getting a glass of champagne to drink, he got a champagne shower.

When you’re only a 20 year old @IndyCar winner like @rinusveekay, this is the closest you will get to celebrating with champagne.#ThisIsMay | #INDYGP pic.twitter.com/gbWVqrLPaO

During VeeKay's warmup earlier in the day, he turned a top lap of 1 minute, 10.5598 seconds in the No. 21 Sonax/Autogeek Chevrolet to lead the 30-minute session.

Credit: AP
Rinus VeeKay of the Netherlands drives through a turn during practice for the IndyCar auto race at Indianapolis Motor Speedway in Indianapolis, Friday, May 14, 2021. (AP Photo/Michael Conroy)

He finished fifth in this event last July as a rookie. He also won the NTT P1 Award for pole and finished third in the INDYCAR Harvest GP Race 1 last October – both career bests.