Keyes was voted Purdue's All-Time Greatest Player as part of the 100-year anniversary of Boilermaker football in 1987. 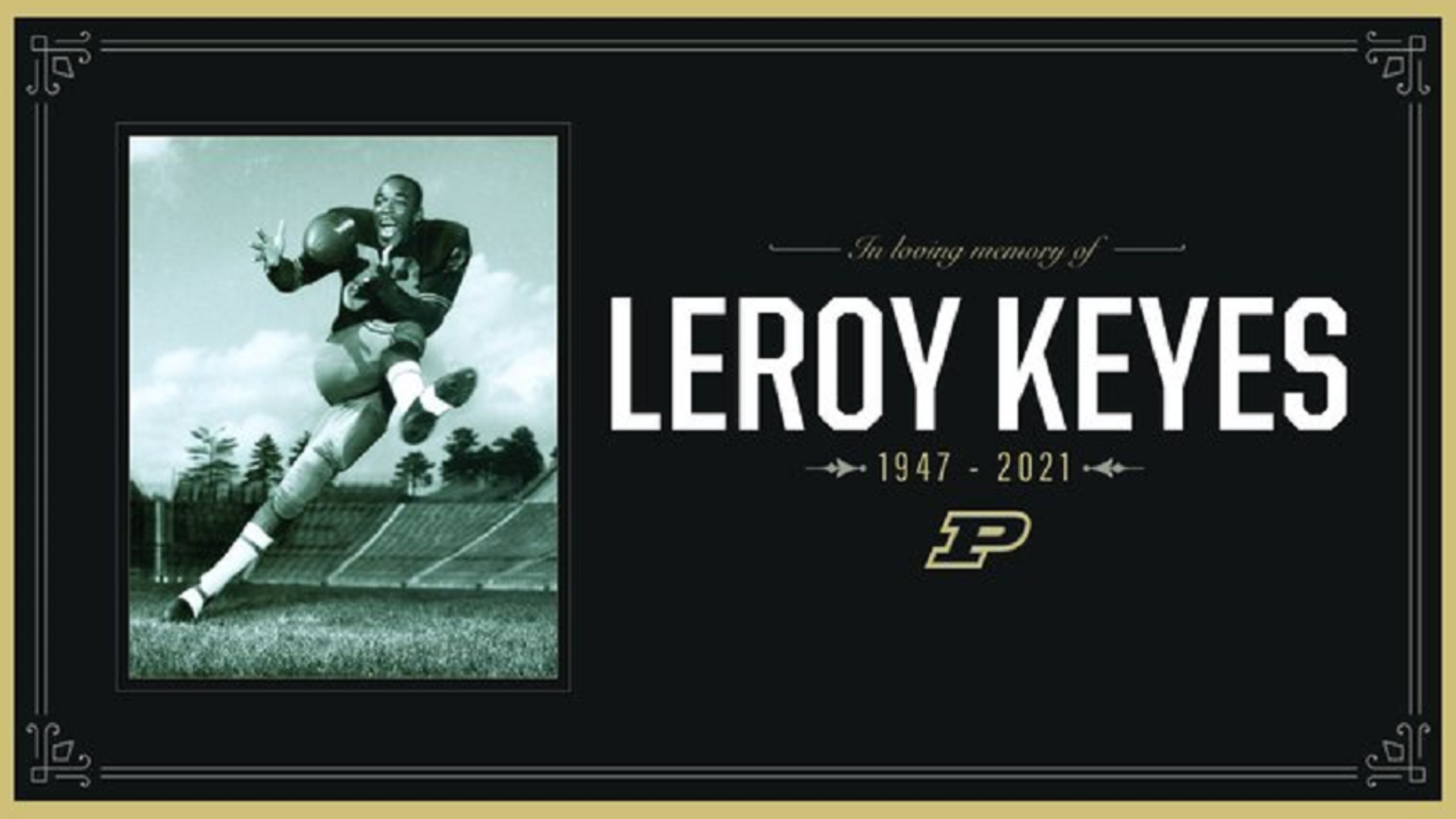 Keyes starred at Purdue from 1966 to 1968, twice earning consensus All-America honors and finishing third and second in Heisman trophy balloting his junior and senior years.

Marvin "Leroy" Keyes was voted the All-Time Greatest Player as part of the 100-year anniversary of Purdue football in 1987, then was inducted into the College Football Hall of Fame in 1990.

He played both offense and defense at Purdue, setting school records for touchdowns and leading the nation in scoring as a running back his junior season. He also intercepted four passes as a defensive back, and still owns the longest fumble return by a Boilermaker with a 95-yarder at Notre Dame his sophomore season in 1966.

He also threw eight touchdown passes, returned kickoffs and even kicked off while playing at Purdue.

"Leroy was a two-way player in the way that matters most — a great athlete and a great person," Purdue President Mitch Daniels said as part of the university's announcement of Keyes' passing Thursday. "You never saw him without a smile on his face, or left him without a smile on your own. Every Boilermaker lost a good friend today."

Athletic Director Mike Bobinski said Keyes would be missed "not only as a legendary player, but even more so for the positive impact he had on so many over the course of his life."

We lost a great player but even a better person today. #BoilerUp https://t.co/vZJGqCiFZO pic.twitter.com/xRyMq65xUj

Keyes played five years in the NFL with the Philadelphia Eagles and Kansas City Chiefs before injuries ended his career. He had six interceptions and three fumble recoveries in 1971 with the Eagles.

Following 16 years as a desegregation specialist for the Philadelphia school district, Keyes returned to Purdue as a running backs coach in 1995. He worked in the football program until 1999 and then with the John Purdue Club staff until he retired in 2011.

Keyes is survived by his wife, Monica, and children, Raymond, Jacqueline, Courtland and Colin.