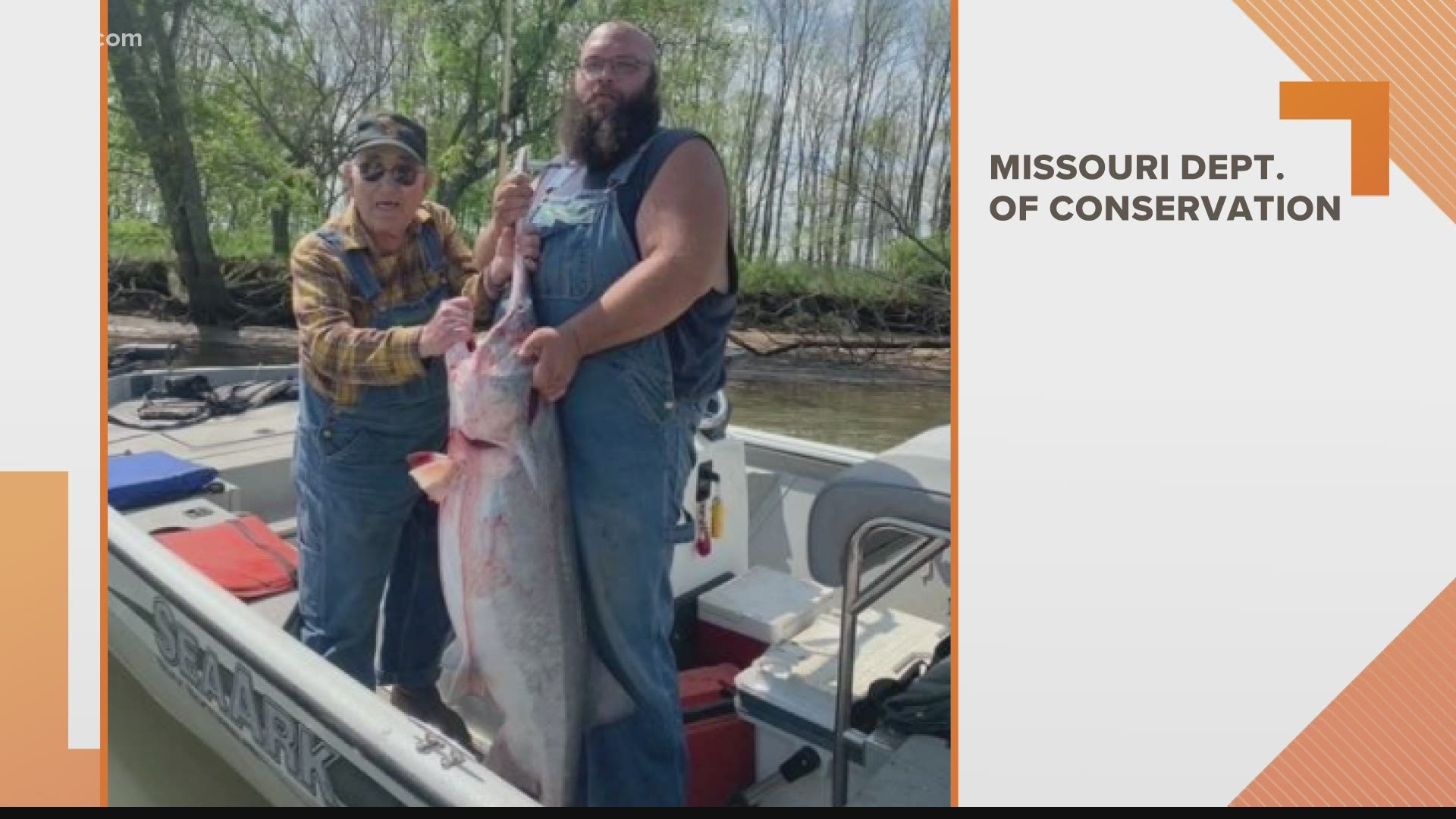 LAKE OZARK, Mo. — You're never too old to have a big fish story for the ages. And that's just what 98-year-old Murl Stull got at the Lake of the Ozarks.

The Missouri Department of Conservation shared a picture on Facebook Thursday of Stull's big catch, a massive paddlefish.

The MDC said the 98-year-old had a goal this year to catch a spoonbill, and with just one day left in snagging season, Stull snagged a paddlefish. Snagging season runs through April 30.

There have been a number of "big fish stories" in Missouri lately.

Williamsville's Devlin Rich reeled in a 10-pound, 9-ounce spotted gar on Feb. 25 at Wappapello Lake in southeastern Missouri. The catch wasn't just a Missouri record for spotted gar. It was a world record.

On March 4, Jesse Hughes of Bonnots Mill was catfishing with friends when to his surprise he reeled in a 112-pound invasive black carp from the Osage River.