Photographer Steve Rhodes and I got the assignment of a lifetime. Visit Rio de Janeiro and then explore the rest of Brazil. We went everywhere. The biggest cities. Secluded beach towns. And the most famous rainforest in the world. By the time our 18-day trip was over we had been on seven airplanes, boats, canoes and covered more than 15,000 miles. 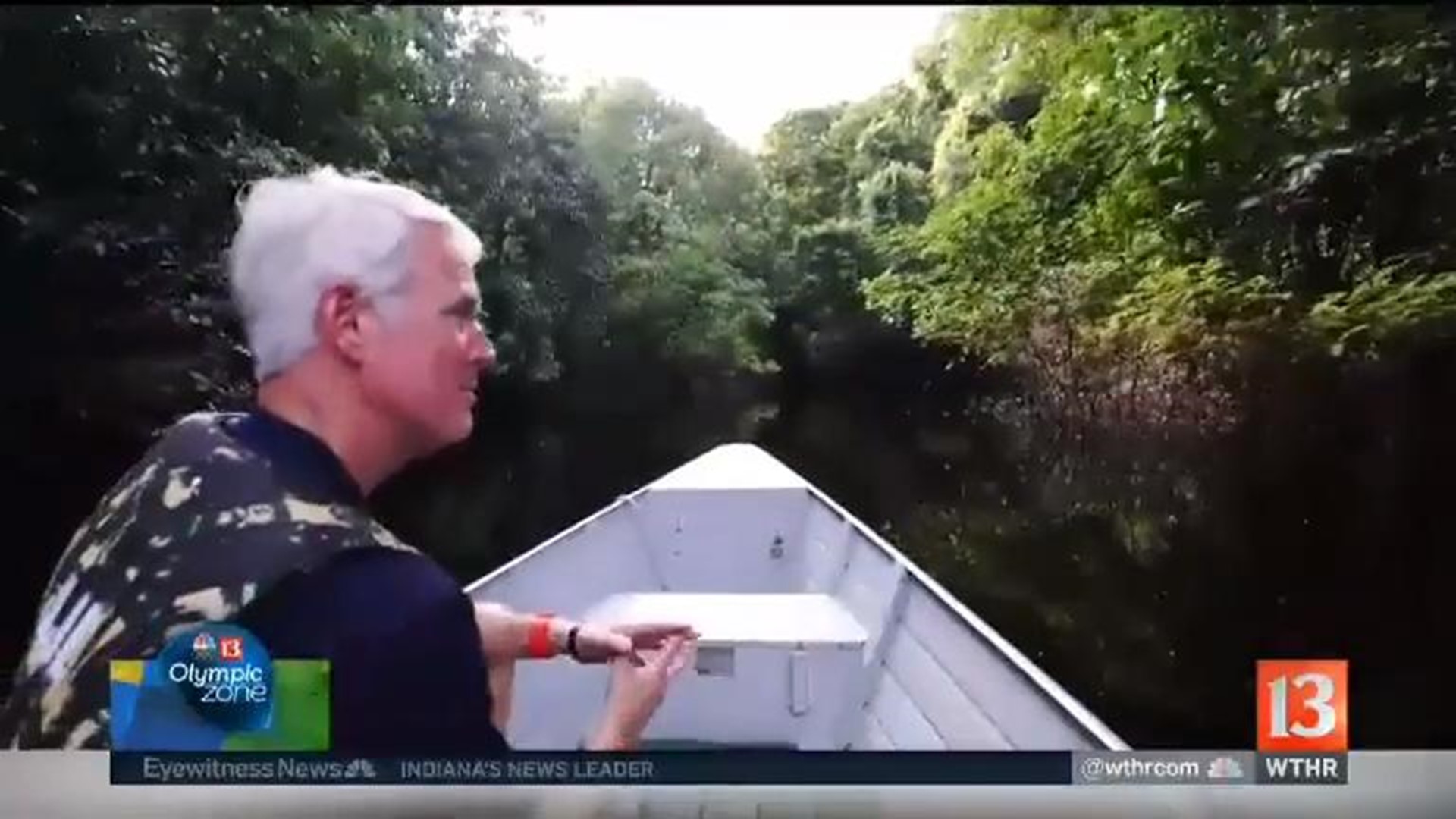 RIO DE JANEIRO - From that first moment, when the sun climbs over the Amazon, you realize this is a country that wants to be explored. Brazil is big. Bold. Breathtaking. Brazilians have a passion for life, adventure and their culture.

Photographer Steve Rhodes and I got the assignment of a lifetime. Visit Rio de Janeiro and then explore the rest of Brazil. We went everywhere. The biggest cities. Secluded beach towns. And, the most famous rainforest in the world. By the time our 18-day trip was over, we had been on seven airplanes, boats, canoes and covered more than 15,000 miles.

We spent several days in the Olympic host city seeing the world famous beaches, sampling the Brazilian food and learning the culture. We took a train to the top of Corcovado Mountain to see the towering Christ the Redeemer statue.

"Everywhere in the city, you can actually see the statue. Every neighborhood. You can literally open the window and there he is. It's really very beautiful," said one young Brazilian.

"When I ask people how do you know about Brazil, they'll say, 'ah, the Christ," said Thiago Correa.

We took a cable car 1,200 feet to the top of Sugar Loaf mountain to see the incredible views of the Olympic host city.

"Sugar Loaf is a poetic view of our city. It's like the city is talking to you when you're on the top of SugarLoaf," said tour guide Marcella Granatiere. "When the Portuguese landed by that mountain, the mountain reminded them of the way they sold sugar in Europe, it was in a cone-shape, brown color. That's why the name SugarLoaf."

We took a tour of the street art in the Olympic host city because graffiti is abundant and legal in Brazil.

"Color brings joy to people's lives. So, for you to walk down a street and have it all colorful and painted, it just makes you smile," said tour guide Nina Chini Gani.

"I see walls when I'm walking around the city as a white canvasses, like blank canvasses. So, I always picture my art there," said Amaral.

We visited Rio's largest shantytown where an estimated 100,000 people live. Our guide of the Rochina favela was a 30 year-old Englishman who moved to Brazil.

"I'm from England. But I've been accepted and welcomed into this community just like any Brazilian would be. I'm treated the same as anyone else here. And, I think that just goes to show the character of the people that live in these communities. They're such nice people," said Jody King.

He acknowledged Rochina has crime problems but dismissed the stereotypes that some people have of the favelas.

"Most people from the outside think everyone in a favela is a drug trafficker. Everyone in the favela is a thief. Not to associate with anyone in a favela because they are dangerous people. It couldn't be further from the truth," said King. "99.9 percent of people here are very nice, genuine, hard working, kind people."

From the top of the favela, we could see the gap between the poor community and the affluent neighborhoods of Rio.

"You can see the contrast right here where the favela ends and the wealthy neighborhood begins. Unfortunately, the gap between the rich and the poor in Brazil, certainly in Rio, is huge," said King who indicated the average favela resident makes the equivalent of $300 a month while the average resident of nearby Sao Conrado makes $3,000 per month.

We took 4-hour flight from Rio to the city of Manaus and then took 3-hour car ride to reach the Amazon rainforest. We stayed at the Anavilhanas Jungle Lodge which is located on the Rio Negro.

In the rainforest, nature dominates in every way.

"It's a huge sense of openness. You just can't get away from the fact that this river is absolutely enormous," said tourist George Dunn. "I live on the River Thames. It's like a puddle compared to that out there. When you're out there, the feeling of pure vastness is all I can say about it."

Visitors quickly learn what residents already know. This part of the world is beautiful, mysterious and sometimes dangerous.

"There's a chance wild animals might attack you," said tour guide Haulys Karnopp referring to the anacondas, boa constrictors and tarantulas that live in the Amazon rain forest.

We discovered the most beautiful beaches in the world, including Jericoacoara. A fishing village on the northern coast of Brazil where the sand never stops.

"This place is amazing. This is a paradise of Brazil," said one Brazilian standing on the Sunset Dune where tourists and locals gather every night to watch the sun disappear behind the ocean.

"I think it's one of the best sunsets you can view in your life," said a woman celebrating her honeymoon in Jeri.

"My friends and me are traveling to Brazil and we heard it's one of the most amazing places in Brazil even in the world, so we are here," said one young female tourist.

"All those dunes are moveable dunes. The wind is always bringing the sand and making new dunes on the seashore. The dunes keep growing," said one tour guide.

There are some absolutes in Brazil. Dancing is part of the Brazilians' DNA.

"Samba is love. When you hear the drummers start to play, you'll automatically start to move, and so you're first reaction is to perform and enjoy it," said one young Brazilian dancer who participates in Rio's Samba Schools.

We learned why Brazilians have such a passion for Carnival, known as the world's biggest annual party.

"I think Carnival is our soul. It's kind of our soul. Because Carnival is everywhere in Brazil. I would say that Samba its how Brazilian culture gets to the world," said one of the Samba school organizers.

Soccer is everywhere in Brazil. We saw it played on beaches and on a concrete field inside the Rochina favela.

"These guys play football every day. 2, 3, 4 hours a day every day," said tour guide Jody King. "Very raw, street football. No grass. No shoes. No football boots. An old football that's been kicked to death. They'll use a football until it's been literally unusable. You can't even kick it anymore. Football means everything to Brazil. It's a part of the lifestyle. They breath, eat, sleep football, you know."

But as always, the larger story is a tapestry woven of individual pieces. It's the people of Brazil that make this country special. They share their stories with us. We can't wait to share them with you. Yes, Brazil is a country worth exploring. From sunrise to sundown and beyond.