You will find breathtaking scenery across Brazil. The sand dunes of Jericoacoara, colonial architecture in Salvador and the vastness of the Amazon rainforest. But in Rio de Janeiro, the Christ the Redeemer statue is arguably the most Brazilian landmark. 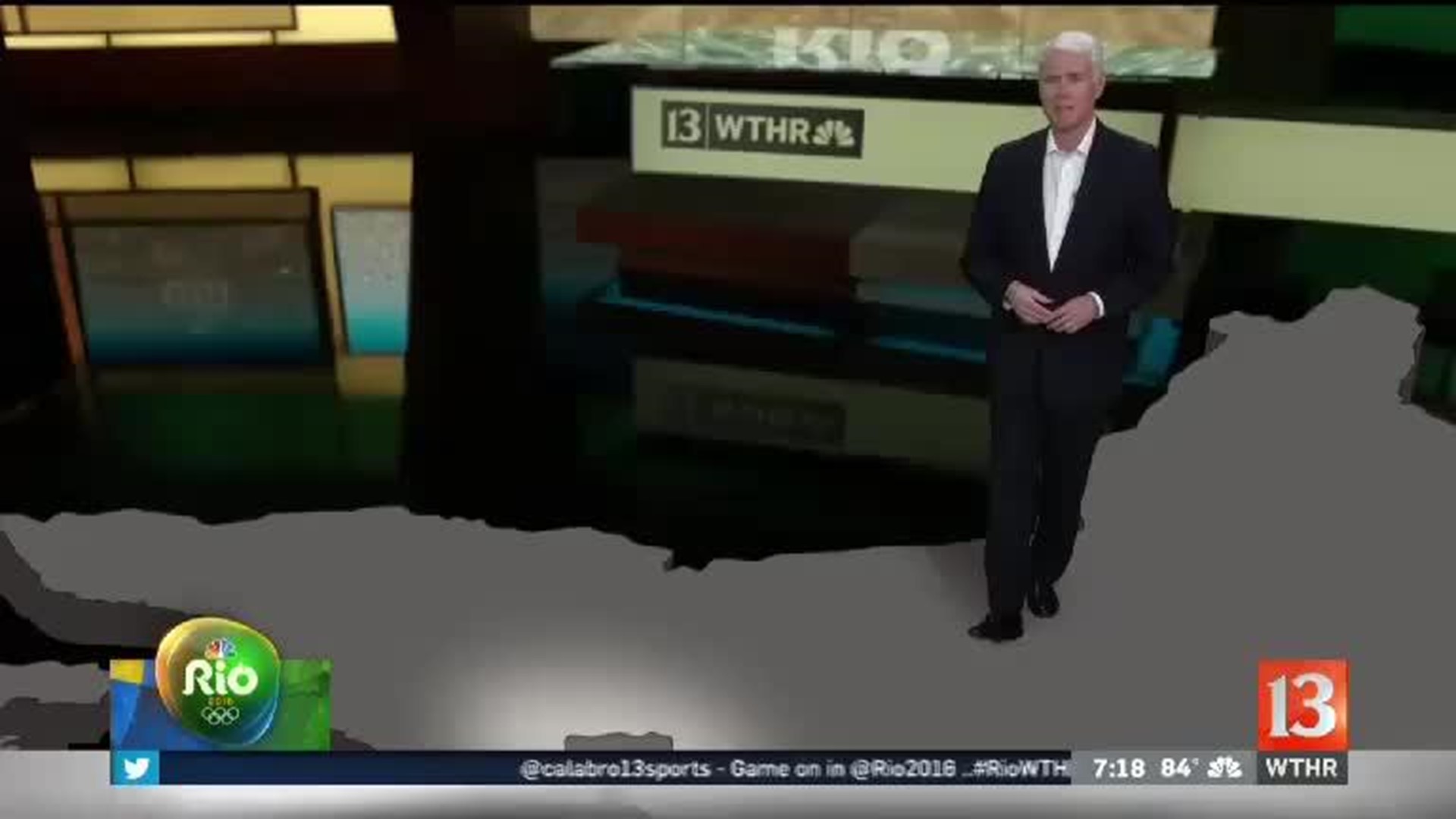 RIO DE JANEIRO (WTHR) – You will find breathtaking scenery across Brazil. The sand dunes of Jericoacoara, colonial architecture in Salvador and the vastness of the Amazon rainforest. But in Rio de Janeiro, the Christ the Redeemer statue is arguably the most Brazilian landmark.

"Everywhere in the city, you can actually see the statue. Every neighborhood. You can literally open the window and there He is. It's really very beautiful," said one woman.

It's a 20 minute train ride away. A journey through Tijuca Forest National Park and up Corcovado mountain to one of the most famous places in the world.

"Christ the Redeemer is more than a Catholic monument that represents our people. When you think about Brazil, I'm going to visit Brazil, that's the first image," said Brazilian tour guide Marcella Granatiere. "The Corcovado mountain is 2,004 feet above the sea level. It's not the highest mountain in the city but it's the best location. When you see the city from Corcovado, you don't need a paper map anymore. You have the city in your mind. The left hand side of the Christ is pointing to the north part of the town. Christ looks toward Sugarloaf mountain. That's where our town starts. In 1502, the Portuguese arrived and gave the name to our city – River of January. River, because they thought the bay was a big river. And January because they arrived in January 1502. His right hand side is pointing to the south which is the ocean side. From up here, you can see the lagoon, Leblan, Ipanema and Copacabana. The Tijuca Forest National Park is 32 square kilometers of green area in the middle of our town."

Christ the Redeemer is 124 feet tall with arms that stretch 91 feet across. Construction began in 1922 and finished in 1931.

"If you notice, the Christ the Redeemer head is a little bit down," said Granatiere. "He's looking at our city and looking at our people and blessing our town. When I’m up here, I bring my friends and tourists. I feel very pleased to have the opportunity to come up here so often. There are many people living in Rio de Janeiro who have never come up here."

"It's religion. It means all beautiful. It's really powerful. It's a really positive message, I think, for all Brazilians," said one young Brazilian woman.

The Christ the Redeemer statue occasionally gets hit by lightning. The landmark attracts two million visitors every year. Nearly all of them are spotted mimicking the pose with a selfie.

"I think when you go around here, you can capture yourself and the whole image and it's really beautiful," said one Brazilian.

"Christ (the Redeemer) is the biggest celebrity in our city. More than the soccer players. Everyone wants to take a picture of the Christ," said Granatiere.

"When I ask people how do you know about Brazil, they'll say, 'ah, the Christ’," said Brazilian photographer Thiago Correa.

Correa has seen this statue from a vantage point few people ever experience.

Correa knew the right people and climbed up inside the statue.

The view from the top would frighten most people, but not Correa.

"I think many people are afraid of going there because it's high. For me, it was easy. I didn't feel fear. I wasn't afraid," said Correa. "I wasn’t scared at all. I don’t know how to describe it. I don’t feel fear when I’m in high points."

The view of Rio from the platform of Christ the Redeemer is spectacular. You can see Maracanã Stadium, favelas, Sugarloaf Mountain and much more.

For visitors, the statue means a photo opportunity. For others, it provides religious inspiration. But for Brazilians, the Christ the Redeemer statue is a powerful reminder of who they are.

"It's the symbol of my city. I live in Rio de Janeiro. This is my home. So, I was born here," said a Brazilian tour guide. "You strongly believe that Christ the Redeemer protects us. For Brazilians, that is our symbol. That represents our country."

So if you travel to Brazil, be sure to visit the Amazon and walk the famous beaches. Enjoy the music and the food. But don't miss Christ the Redeemer.

A world famous statue with arms open to the world. Christ the Redeemer is always keeping an eye on the Olympic host city.