Alisha Howk's Olympic wrestling dreams are on hold for now, but she's making the best of training during COVID-19. 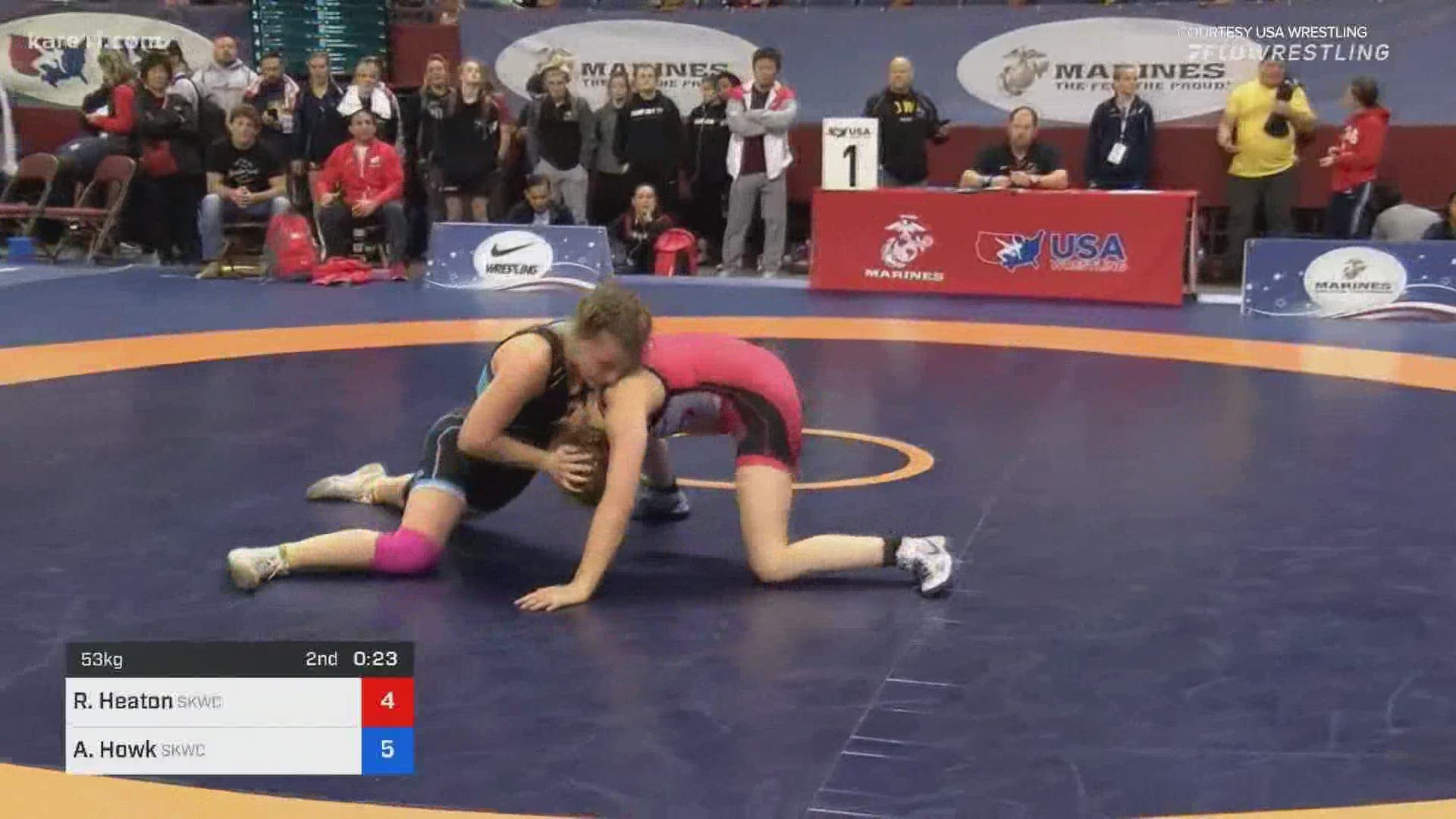 MINNEAPOLIS — The 2021 Olympics are scheduled to start one year from today. Athletes are slowly getting back to full training regiments after all organized training abruptly came to a halt in mid-March.

One of the athletes who was gearing up for Olympic trials was wrestler Alisha Howk. Competition to qualify for the women’s wrestling team is fierce, so Kris caught up with Alisha, who trains in Wisconsin, to see how one of the youngest Olympic wrestling hopefuls is balancing life and training during COVID-19.

Kris: How are your feelings, just generally with the Olympics being pushed out a year?

Alisha: Actually, I’m really not in the same boat as everyone else…I was very grateful for it just because I’m 20 and pretty young for the wrestling Olympic scene, and so having that extra year has actually helped me a lot. So taking these last couple months, just training in general, it’s been going really well. So I feel like I’ve already jumped levels.

K: So, give me an idea how you have been training since things kind of shut down, I know they’re kind of picking back up again now, but kind of walk me through what you did - if you were still in contact with your coaches or if it was all on you to be real "discipline and get it done."

A: It was kind of hard sometimes to be motivated because you don’t even know when you are going to be wrestling again, that kind of thing, but really just staying healthy, staying active, staying in shape was the main idea of it. But then when I came back up here, things started picking up again and my teammates and I, because we’re all kind of in the same bubble, we were able to work out together.

K: You come from a wrestling family; your brother is involved. How much did that help you through this time when you couldn’t be around your regular teammates?

A: One of my older brothers wrestled in college at St. Cloud State and so he would come over three times a week and we would wrestle and drill and spar a little bit. It helped so much just having someone to be able to train with. He would text me in the morning and ask "Are you ready to go?"

K: Do you feel like you’re informed on what is going on and what the next steps are going to be when it comes to competitions or the training events?

K: Have you got any kind of timeline laid out as to when the Olympic Trials might commence?

A: They have not really set a tentative date on it, but I would assume late spring, early summer next year and I think that I am already on a good path mentally, physically, spiritually and that I am preparing for that kind of level of wrestling. So, before I was preparing for younger level wrestling and seniors but now that it’s a year later it’s all seniors, so I think focusing on that, focusing on the details and fine tuning everything I feel like I do have a good chance.