“You feel like you have to impress everyone and you’re there to do a job for everybody else in America,” Phelps said. 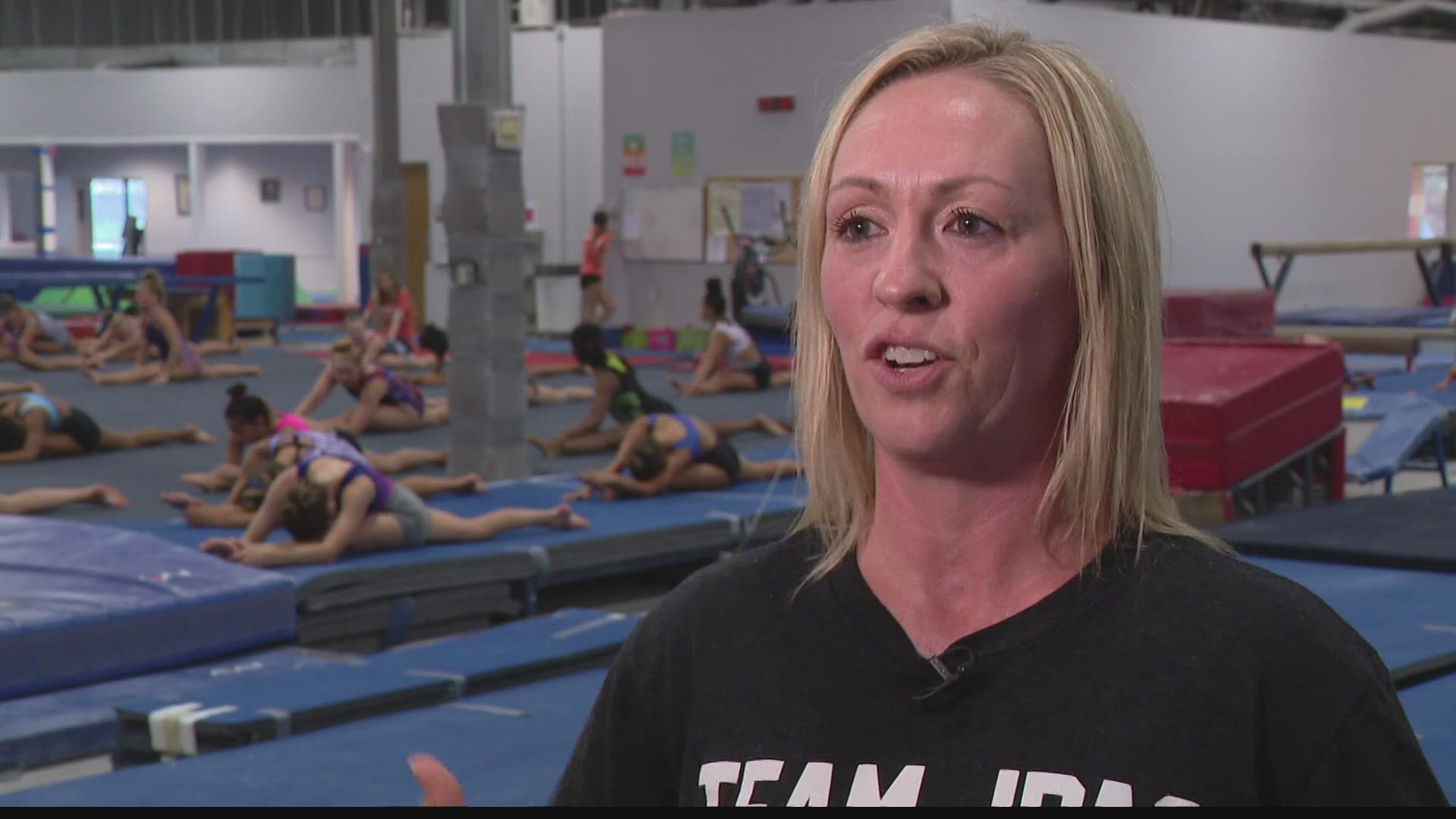 GREENFIELD, Ind. — Olympian Jaycie Phelps knows what it’s like to have the eyes of the world watching you.

“You feel like you have to impress everyone and you’re there to do a job for everybody else in America,” said Phelps, a gold medal winner in team gymnastics at the 1996 Atlanta Games.

13News spoke with Phelps from the gym she owns and operates with her husband, Dave, in her hometown of Greenfield.

She was just 16 when she helped Team USA take home gold in women’s gymnastics. She has felt the glory of victory and the fear of injury.

“If you don’t feel like you’re in control of your body, it’s terrifying,” Phelps said.

That’s why she said gymnast Simone Biles's decision to step back from competing at the Olympics is a deeply personal one.

“At the end of the day, Simone Biles is the only person who knows Simone Biles,” said Phelps, as she explained why gymnastics is a risky sport if you’re not in the right headspace. “It’s different when you’re flipping and twisting in the air and having to land safely."

It can be catastrophic if you don't land correctly.

Phelps commended Biles for making a choice she said must have been extremely difficult.

“I feel bad for her that it happened in this moment because this is not what she wanted, and she’s having to deal with these things,” Phelps said.

All of it while being under intense scrutiny.

“Nobody knows the full story," Phelps said. "Nobody knows how she feels, and she doesn’t owe anybody anything. She’s Simone Biles. She’s going to go down in the books as one of the greatest of all time."