Noah Malone finished second in the finals of the 100-meter run with a time of 10.66 seconds. 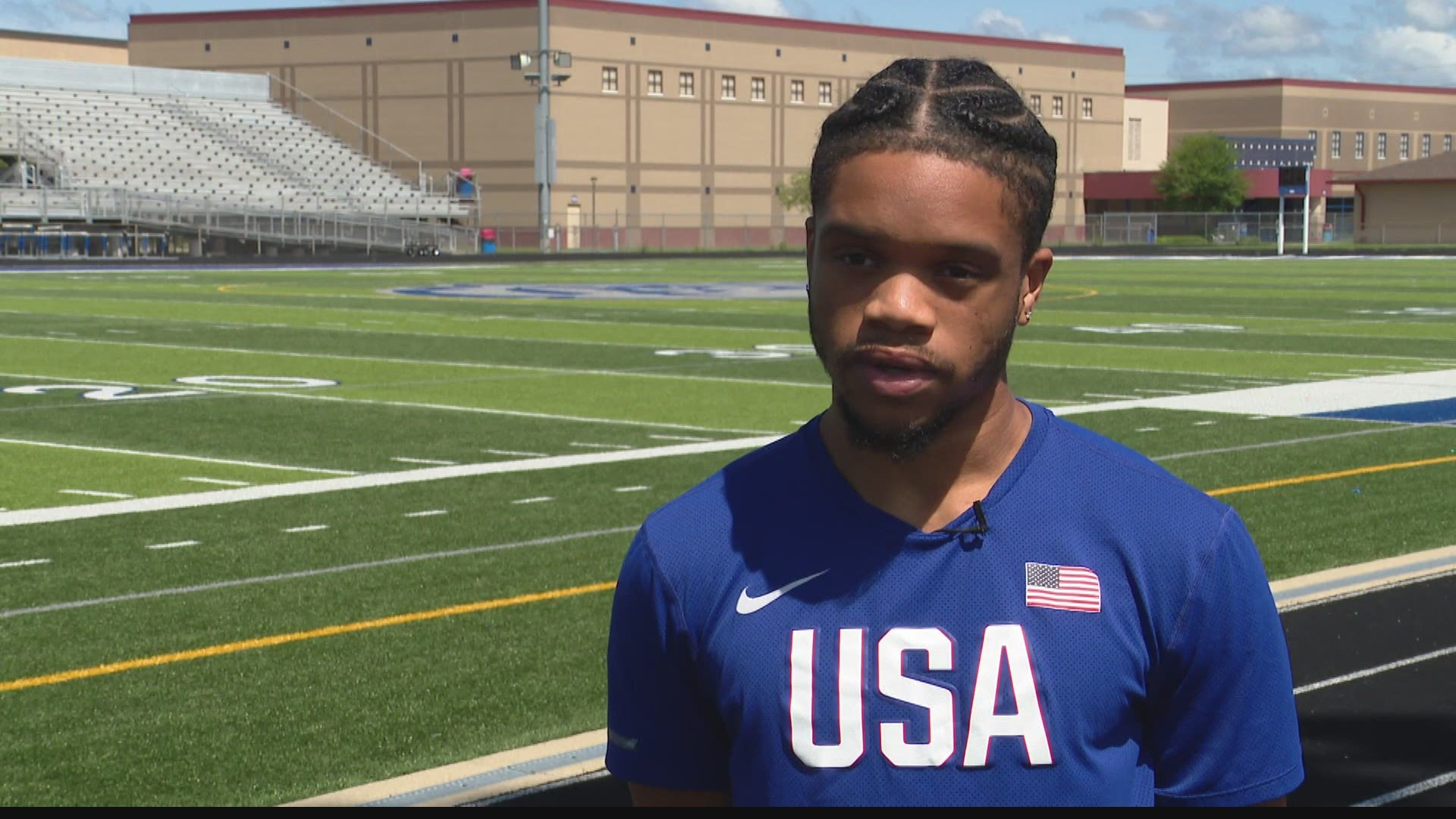 TOKYO, Japan — Noah Malone is bringing home at least one medal from the Tokyo Paralympics.

The Fishers native finished second in the finals of the 100-meter run with a time of 10.66 seconds, which was 0.23 seconds behind the gold medalist's world-record time (Salum Ageze Kashafali, of Norway).

Malone, 19, attended Hamilton Southeastern High School and the Indiana School for the Blind. He currently runs for Indiana State University.

He will also compete in the 400 meters in Tokyo, where his time of 49.38 seconds at the U.S. Paralympic Trials was just 0.05 seconds off the world lead.

Athletes in the T12 class at the Paralympics "have a vision impairment which is severe enough to impact on sport," according to Paralympic.org. It the middle division of three classes for athletes with visual impairment and is for athletes that have a visual field of less than 10 degrees in diameter.