Golden Pavilion is a must-see attraction in Japan

The second and third stories of the Golden Pavilion are adorned with pure gold leaf. 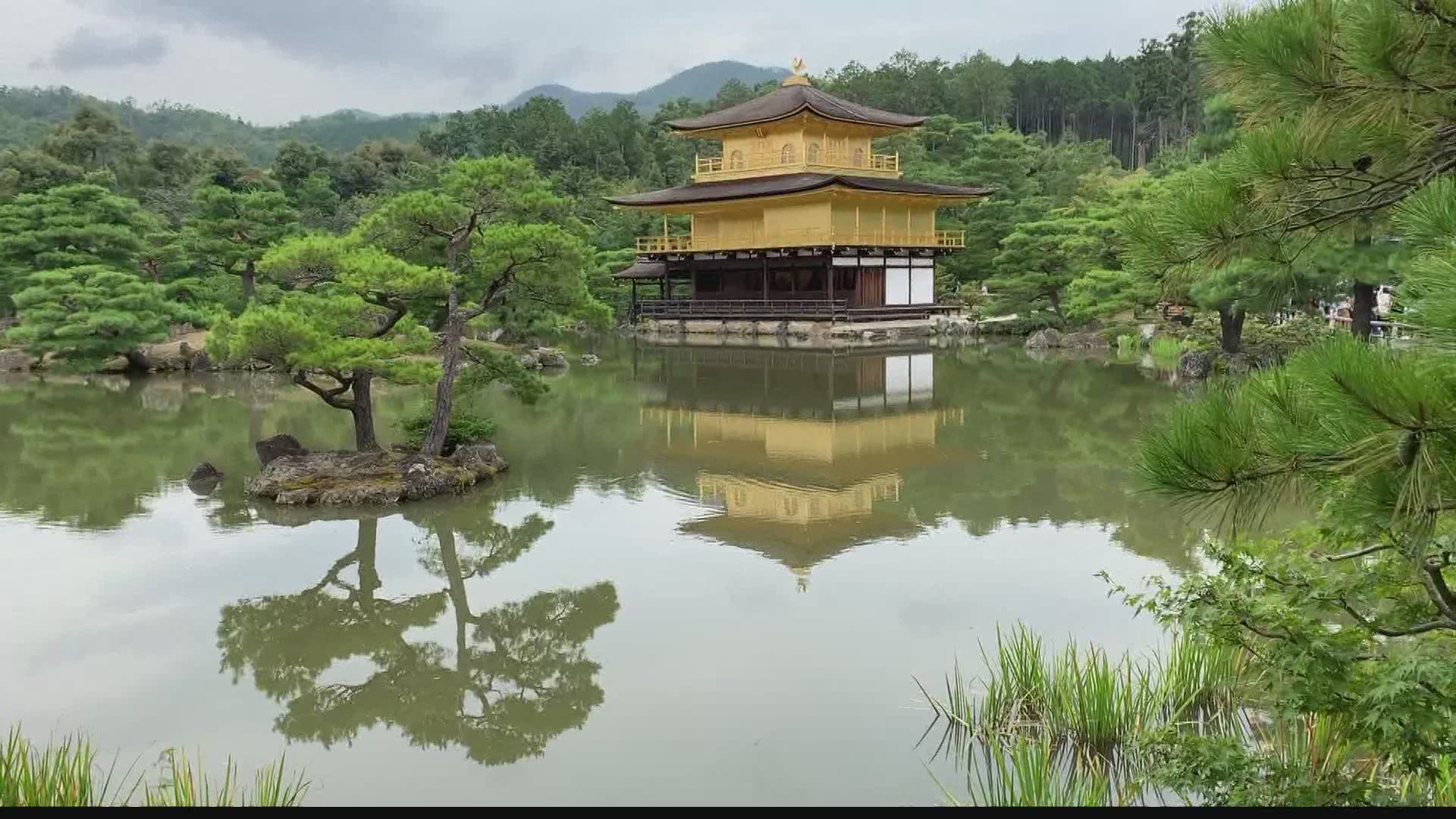 KYOTO, Japan — One of the most breathtaking images in the Olympic host country is the Golden Pavilion!

My wife and I took a bullet train 300 miles from Tokyo to Kyoto. The Golden Pavilion sits near a large pond and is close to the mountains. The second and third stories are adorned with pure gold leaf and there's a golden phoenix on the roof.

A long time ago this was a retirement villa for a Shogun. When he died in the 15th century it became a Zen temple. It burned down several times but was rebuilt in 1955.

"Kinkakuji was built to echo the extravagant Kitayama culture that developed in the wealthy aristocratic circles of Kyoto during Yoshimitsu's times," Japan-Guide.com continued. "Each floor represents a different style of architecture."

Visitors can't go inside. But I’m told there are statues in there.

The Golden Pavilion is one of the “must-see” attractions in the Olympic host country.

It's a very popular location for Instagrammers. Tens of thousands of photos have been posted featuring the Golden Pavilion, officially called Kinkakuji.

"After viewing Kinkakuji from across the pond, visitors pass by the head priest's former living quarters (hojo) which are known for their painted sliding doors (fusuma), but are not open to the public." Japan-Guide.com said on their website. "The path once again passes by Kinkakuji from behind then leads through the temple's gardens which have retained their original design from Yoshimitsu's days. The gardens hold a few other spots of interest including Anmintaku Pond that is said to never dry up, and statues that people throw coins at for luck."