Hoosiers to watch at the Tokyo Olympics on Saturday, July 24 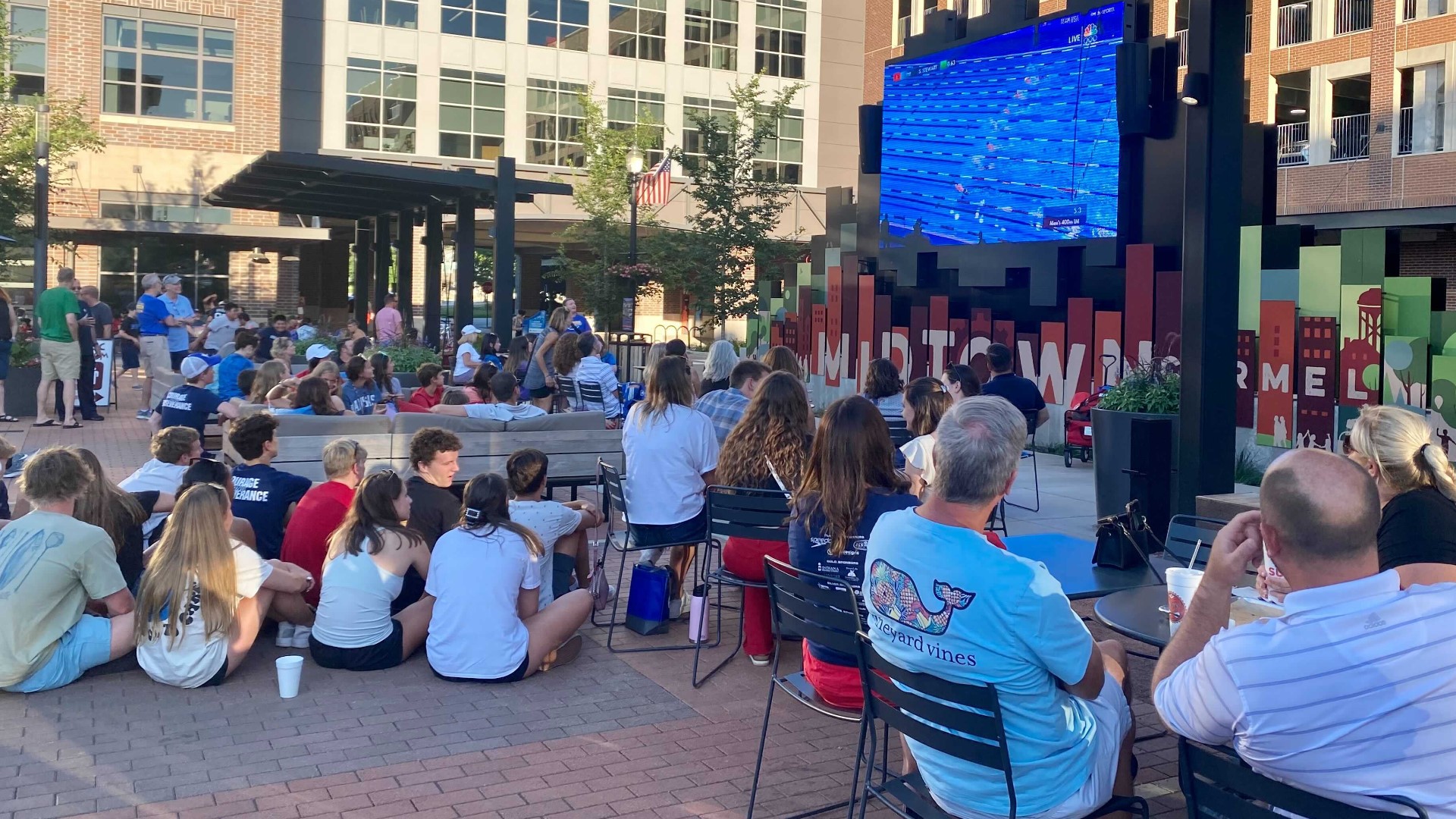 TOKYO, Japan — More than 600 athletes are representing the United States at the Tokyo Olympics and a number of them are from Indiana.

RELATED: Meet the Hoosiers going for gold at this year's Olympics

RELATED: Indiana is among states with most Olympians

Here are the Hoosier athletes to watch on Saturday, July 24 (Note: All dates and times listed are in eastern time):

Ram and partner Frances Tiafoe opened play early Saturday with a win over No. 6 seed Andrey Rublev and Karen Khachanov of Russian Olympic Committee (ROC). Ram and Tiafoe dropped the first set 6-7 but came back to take the second 7-6 and the third 12 points to 10.

Ram won a silver medal at the 2016 Rio Games in mixed doubles alongside Venus Williams.

Tennis will be available to stream on NBCOlympics.com and the NBC Sports mobile app.

Credit: AP
Rajeev Ram of the United States and Joe Salisbury of Britain return to Kevin Krawietz of Germany and Andreas Mies of Germany during their doubles tennis match at the ATP World Finals tennis tournament at the O2 arena in London, Thursday, Nov. 19, 2020. (AP Photo/Frank Augstein)

Yoder was the highest-placing U.S. qualifier, finishing in fourth place.

The qualification event will re-air on NBC tonight at 8:45 p.m. ET.

Princeton, Indiana native and former University of Notre Dame student Jackie Young was a late replacement in the 3-on-3 women's basketball tournament after Katie Lou Samuelson tested positive for COVID-19 while training in Las Vegas.

3-on-3 women's basketball will be available to stream on NBCOlympics.com and the NBC Sports mobile app.

RELATED: Rules of the Game: 3-on-3 basketball

Mitchell finished fourth in the final preliminary heat of the men's 400-meter freestyle Saturday morning with a time of 3:45.38, which was good enough for him to make it back for another swim Saturday night.

The eight fastest swimmers from five heats advanced to the final, which took place Saturday, July 24 at 9:52 p.m. ET., which will air on WTHR Channel 13.

Mitchell stood seventh heading into the final, along with his American teammate Kieran Smith, who touched the wall just ahead of Mitchell in the same qualifying heat to earn the 6th seed for the final.

Three-time Olympian and University of Notre Dame graduate Lee Kiefer is seeking her first medal in foil fencing after finishing 10th in Rio and fifth in London.

Kiefer was the youngest member of the 2009 U.S. Senior World Foil Team. She started fencing at age 5, and in 2011, she was the only athlete in the world to have earned individual podium finishes at the senior, junior and cadet world championships. Six years later, Kiefer became the first American woman to earn a No. 1 foil ranking.

Fencing will be available to stream on NBCOlympics.com and on the NBC Sports mobile app.

RELATED: Rules of the Game: Fencing

The U.S. plays their first of five games in Pool B of the preliminary round against Argentina on Saturday, July 24 at 10:05 p.m. ET.

Preliminary rounds of volleyball will be available to stream on NBCOlympics.com and on the NBC Sports mobile app.

RELATED: Rules of the Game: Volleyball and Beach Volleyball