It was a disappointing finish as Team USA was eliminated by Argentina Sunday, but Anderson's friends and family explained there's still plenty to be proud of. 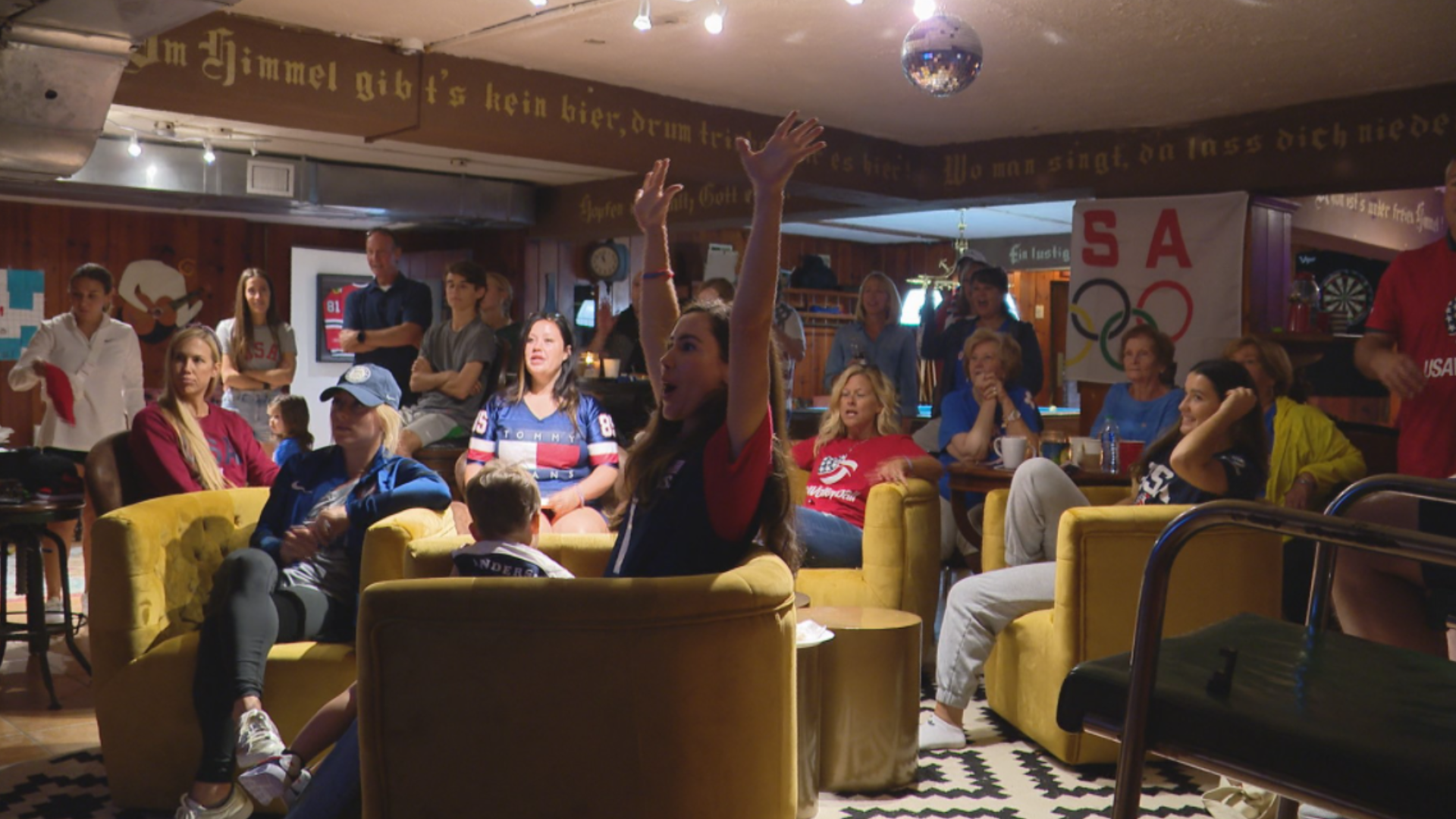 Matt is playing in his third Olympics and Saturday he hoped to lead Team USA to victory in a must-win match.

“The nerves are like up here," said Jackie. "It’s been so cool to watch and really cool to have Jamie here with us. He’s a year and a half so he’s just starting to understand that’s his dad on TV.”

“It means a lot for him to have all of us here supporting him for sure and we’ll send him videos," said Jackie Anderson. "After every match he texts all of my family, his family and thanks them all for watching. I think it makes it feel more, especially since they don’t have fans there, so just knowing we’re all here, cheering them on, helps it feel more normal.”

Also in attendance, someone who knows a little bit about competing on the big stage, former Olympic gymnast and family friend, Samantha Peszek.

“There’s nothing that’s more unifying than sports and especially Americans getting behind sports," said Peszek. "The fact we’re able to come here and cheer on Matt and the rest of Team USA volleyball is incredible.”

It was a disappointing finish as the United States was eliminated by Argentina Sunday morning, but there's plenty to be proud of at the Anderson's home.

“He’ll go down as the best player or one of the best players in the history of USA volleyball," said Aird. "I think he’s got a shot for a fourth Olympics.”