When WTHR asked me to cover the Olympics in 1996, I had no idea that 22 years later, I would be covering the Games for an eighth time! 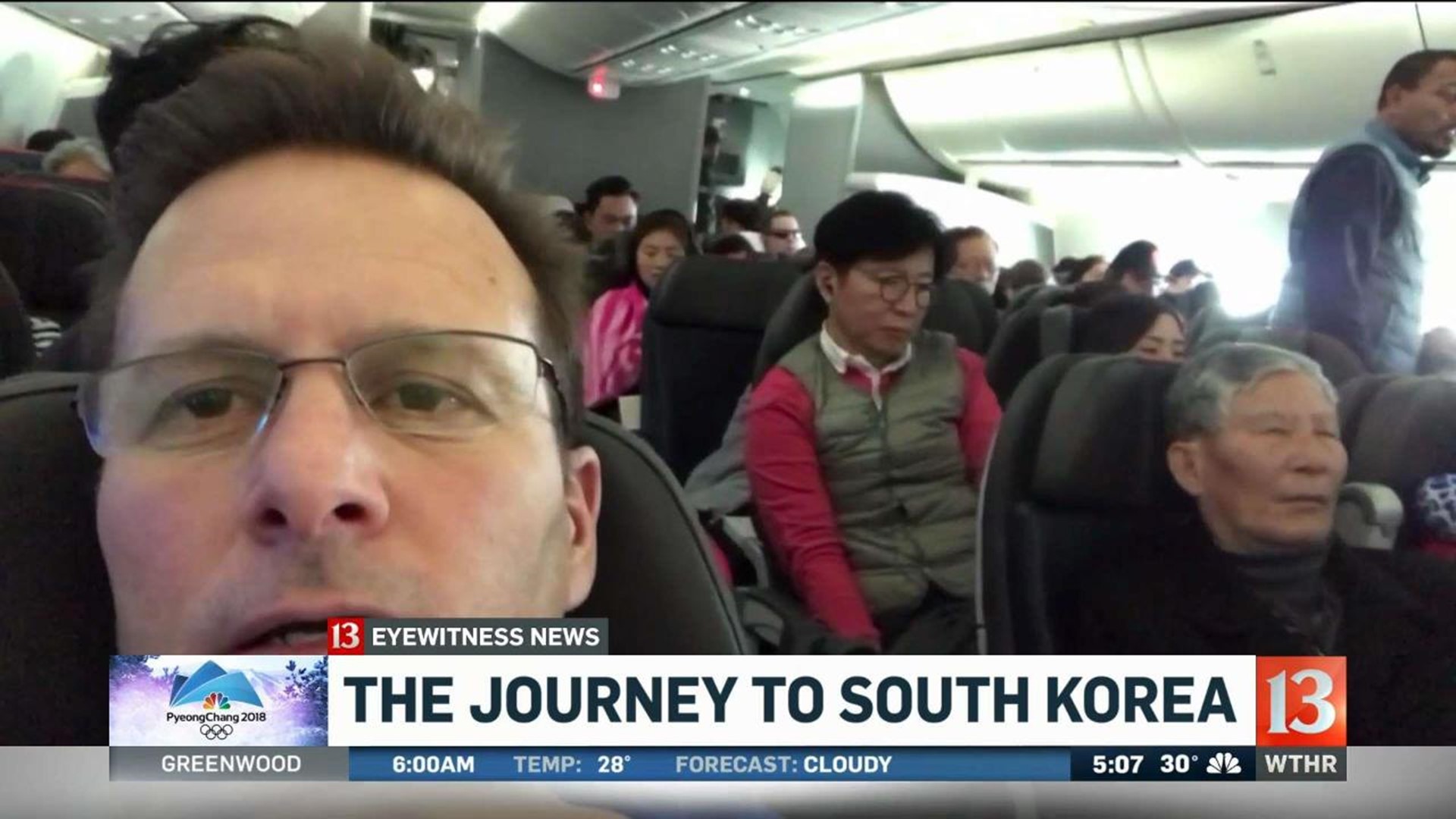 PYEONGCHANG, South Korea (WTHR) - When WTHR asked me to cover the Olympics in 1996, I had no idea that 22 years later, I would be covering the Games for an eighth time!

I have been around the world reporting on the Olympics.

So here I sit, 7,000 miles away from my Indiana home, getting ready for another intense three-week assignment.

We are 14 hours ahead of Indiana, so the time change has been interesting. Traveling to the events and making TV deadlines creates some long delays.

Dave says the Korean chicken melts in your mouth!

We aren't getting much sleep, so forgive me if I have baggy old man eyes on TV, but it's so much fun because each day is so different.

One of my favorite parts of covering the Olympics is learning the local culture. South Korea is a beautiful place and the food is amazing. We have tried the Korean beef and pork, which melts in your mouth. They love their noodles and some seaweed salad. (It wasn't my favorite!)

The locals love dried fish. They sell it in local stores as a snack. I haven't had the courage to try it yet - stay tuned!

The people are even better! The Korean language is very complex, so the communication has been quite funny, but they have been very accommodating to this Hoosier!

NBC's coverage of the Winter Olympics starts Thursday night at 8 p.m. The Opening Ceremonies will be televised Friday night on Channel 13.

And join us every night at 7:30 for the Olympic Zone, featuring coverage of the days events, plus Scott Swan's stories on South Korea.