At every home game, Indy Fuel let's three competitors shoot the puck from center rink for a chance to win one of several prizes. 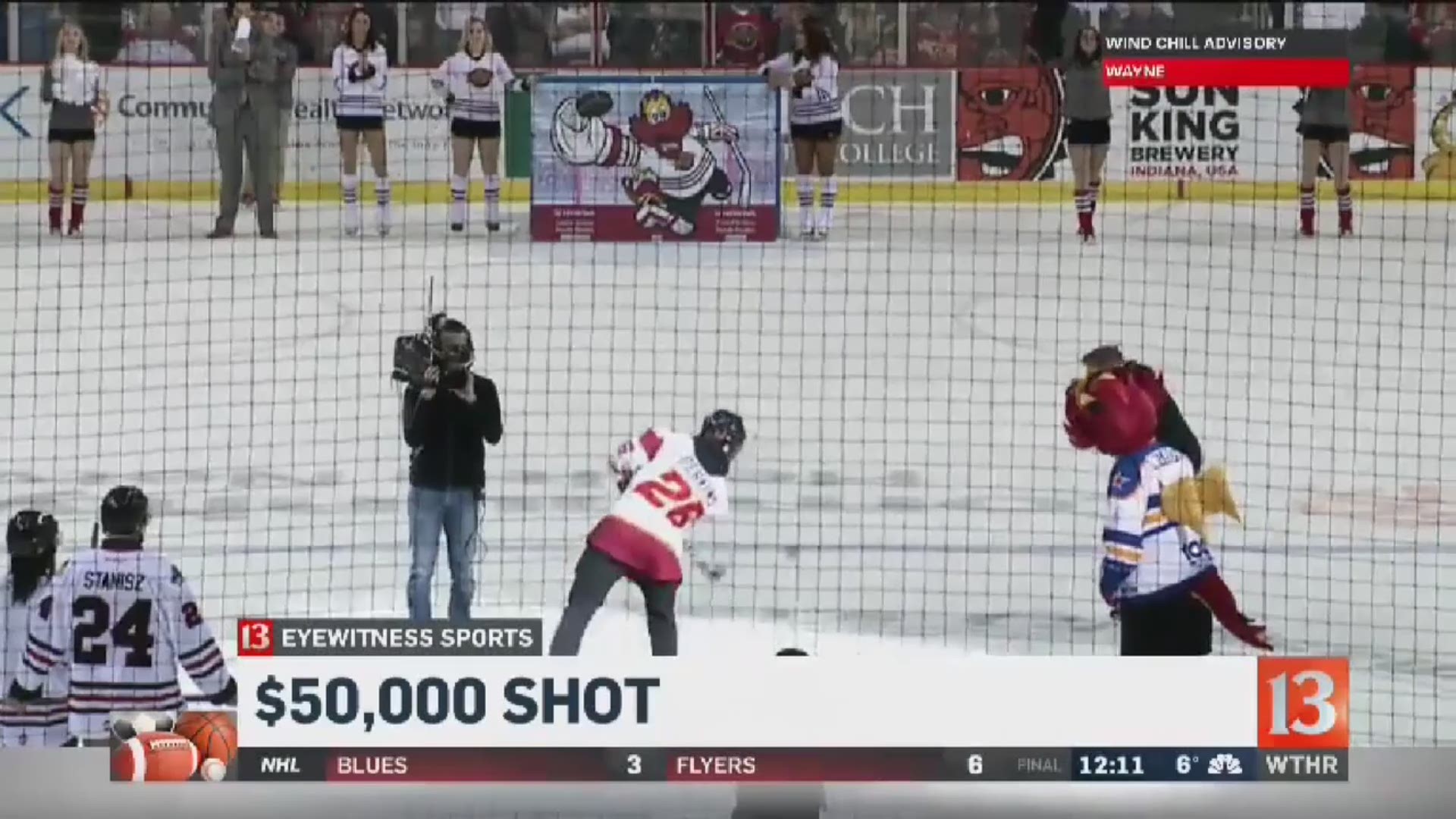 INDIANAPOLIS (WTHR) — During the second intermission at every home game, the IndyFuel plays "Shoot the Puck."

The Blackhawks-inspired competition gives three contestants — a youth hockey representative, a celebrity and a fan — a shot from center ice to win big.

The contestants have the opportunity to win one of several prizes including a new car.

On Sunday, the captain of the 16U AA Junior Fuel, Mac Perkins, got the opportunity to win $50,000. All he had to do was shoot the puck into a small opening half a hockey rink away.

Although it was a tall order, he got it done.

Because Perkins is a member of youth hockey, his winnings will go toward a youth hockey club.

For a chance to participate in 'Shoot The Puck' visit Indy Fuel's Facebook page and look for entry contests posted 48 hours before home games. 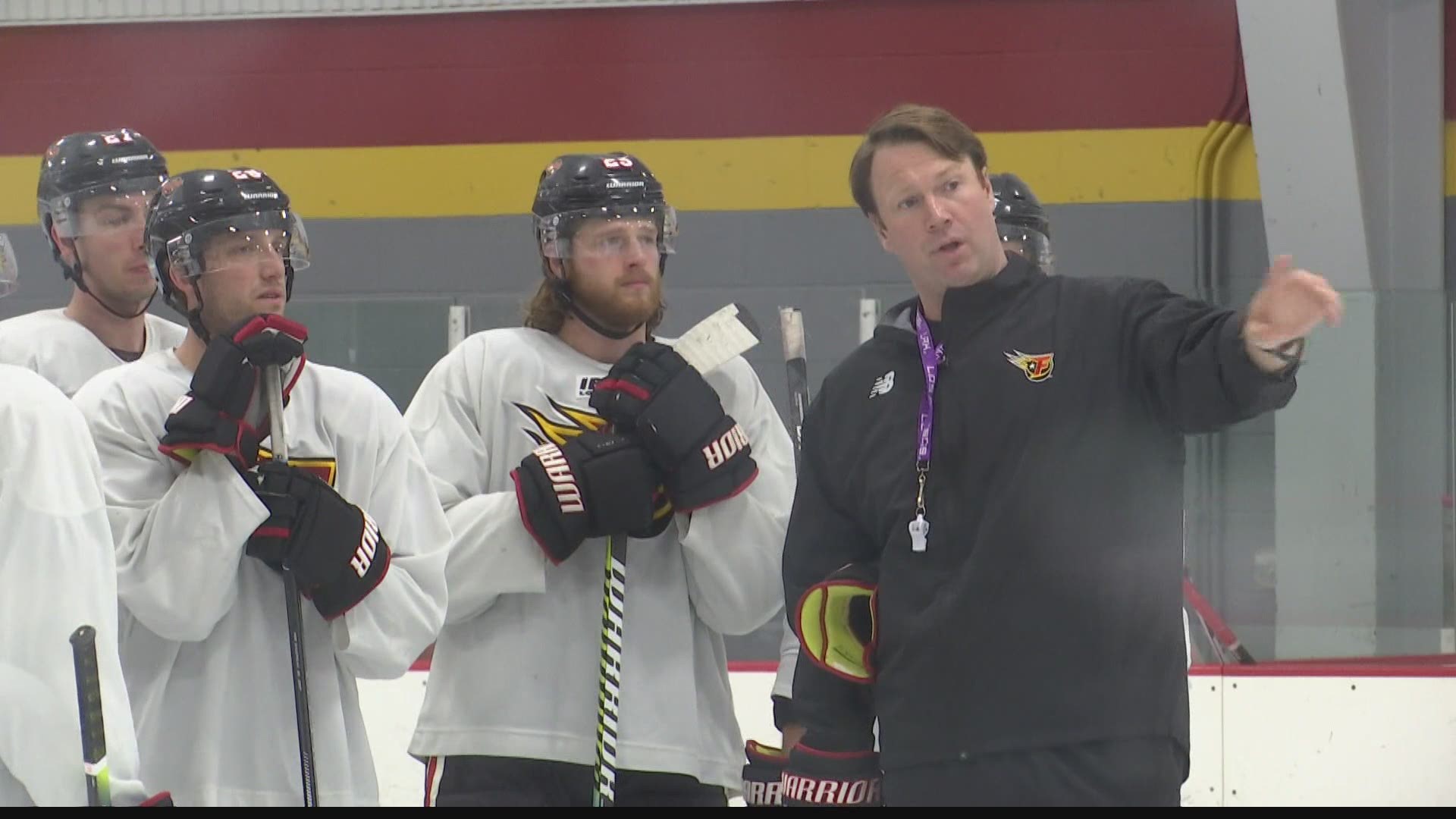