An Indianapolis woman has been charged with child neglect in connection with her 2-year-old son's shooting death. 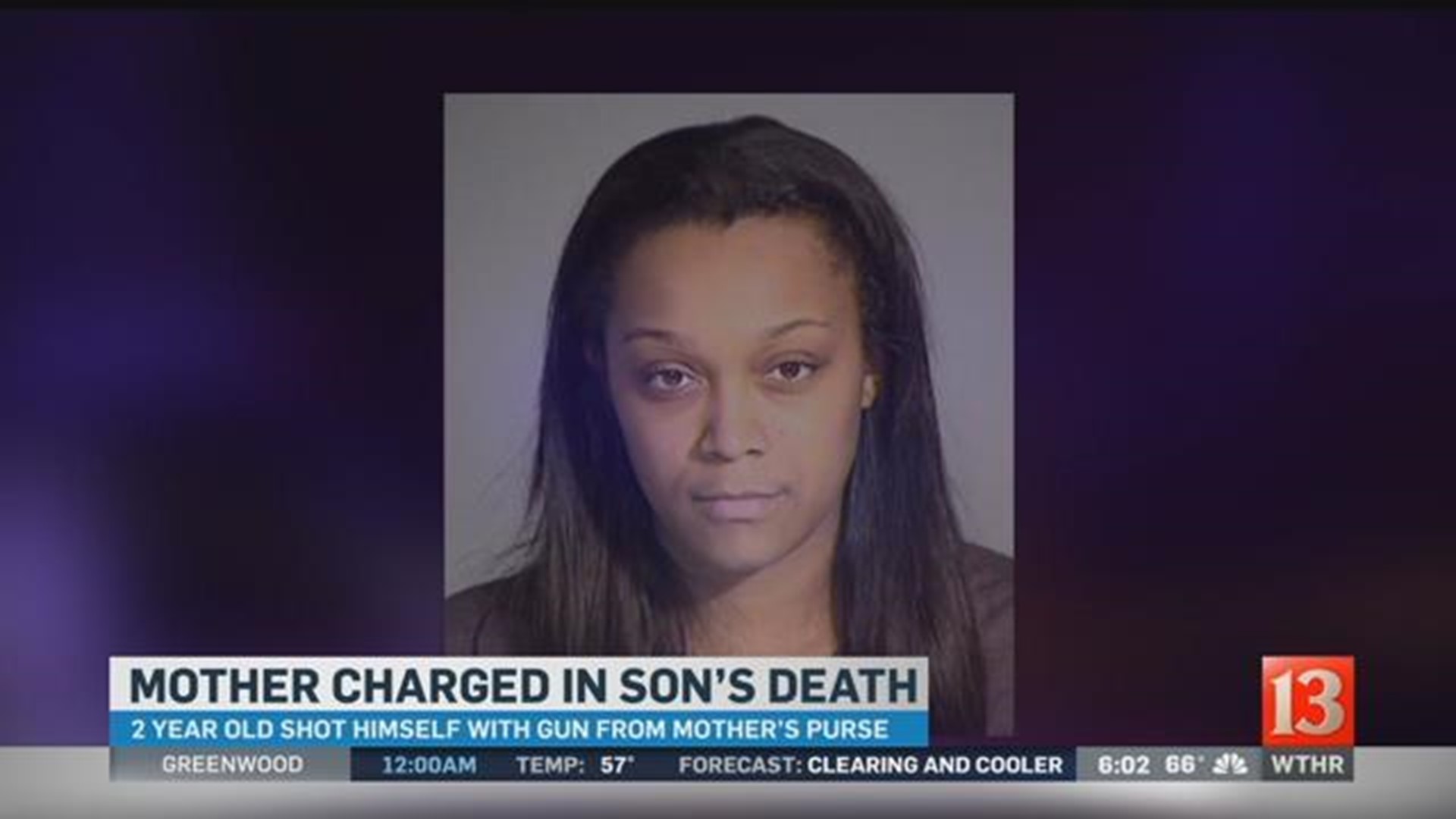 An Indianapolis woman has been charged with child neglect in connection with her 2-year-old son's shooting death.

Kanisha Shelton, 23, has been charged with Neglect of a Dependent Resulting in Death, a Level 1 Felony, for allegedly leaving a loaded, unsecured handgun in the vicinity of her 2-year-old son. She appeared in court Thursday, and the initial hearing last less than four minutes.

No preliminary plea was entered. She asked the judge for time to speak with an attorney.

The judge granted that request and read Shelton her rights.

The prosecutor assigned to the case said this isn’t an easy case for them to pursue, but one they must.

“There isn't any win, the family has lost somebody," said Marion County Prosecuting Attorney Teresa Hall. "We have a situation where a child got a gun that shouldn't have been able to get the gun. It's a struggle, it's never easy to prosecute any case when someone dies, of course it's not easy when a child is involved, but we have a job to do and we'll go forward with the facts of the case and prosecute to the best of our ability."

More than a dozen family and friends of Shelton appeared in court and immediately whisked her away. They declined to comment on the charges.

Shelton is free on bond and is set to be back in court on June 16.

Shelton's 2-year-old son died on April 20, 2016, from a self-inflicted gunshot wound. According to the probable cause affidavit, Shelton went upstairs to put her nine-month-old daughter to bed while her son remained downstairs. She left her handbag with a .380 handgun and her cell phone inside on a counter near the kitchen.

While upstairs, Shelton says she heard her cell phone ring and then a loud "boom."

Shelton has been arrested and an initial hearing is set for May 12.

"I don't know if it was her crying or the Grandma, but it was the worst sound I've ever heard," Schroeder said, shaking his head.

The father of three believes a criminal charge is too much in this case.

"I feel like she's already gone through enough," Schroeder said. "I don't think there's any more way that she should be punished than she already has. She's gonna have to live with that the rest of her life."

"She lost her baby you know and he'll never come back," added neighbor Dave Gilmore.

But others say despite the painful loss, parental neglect is what caused it. The little boy should not have had access to a loaded gun. Neighbors and prosecutors pointed out that parents can get gun locks for free through the sheriff's department.

"I'm a gun owner myself and when you have kids around, you just have to be careful with them! Always lock them down. Always make sure they're secure," said Larry Tucker of Indianapolis. "Kids will be kids and when they find stuff, they'll play with it."

Marion County Prosecutor Terry Curry says his office has to make a judgment based on the police investigation as to whether or not this type of incident rises to the level of criminal neglect.

"It's a fine line. Are you just being negligent or really, did you take reckless steps that resulted in this tragic result? In this situation, certainly, there were mitigating factors. The mother had come home. She'd taken the baby upstairs. But in doing so, she left a loaded, semi-automatic handgun in her purse and within reach of the two-year-old. There was a bullet in the chamber. Safety was off. It could not have been a worse combination of circumstances," he said.

"Where loaded firearms are left within reach of children, clearly we think that falls within the definition of neglect," Curry added.

"We're not unsympathetic to those circumstances, but we have to apply the law to these circumstances and hopefully this can be resolved in a way that's acceptable to everyone down the road," he said..

The prosecutor pointed out cases in Marion County pending against Nicholas Gulling and Sandra Tomich, parents who were charged for the December 2013 death of their three-year-old son. Gulling and Tomich were charged with Neglect of a Dependent after their son died of a self-inflicted gunshot wound after he is believed to have reached a loaded handgun on the kitchen counter of their home. Gulling has agreed to plead guilty to the lead charge, Neglect of a Dependent, a Class A Felony.

The May 1, 2016, death of a 10-year-old child on East Vermont Street is still under investigation.

Curry wants to get a message across to parents who are also gun owners.

"We just can't say it enough and our police officers have said it in these situations, but we just have these recurring situations and you know, if you're going to be a gun owner, you've got to be a responsible gun owner. You've got to secure it, particularly if you've got children in the house."

He pointed out that gun locks are available for free through the Marion County Sheriff's Department.