T.Y. Hilton returning to the Colts on one-year deal

Colts wide receiver T.Y. Hilton said he plans to return to the team for one year. 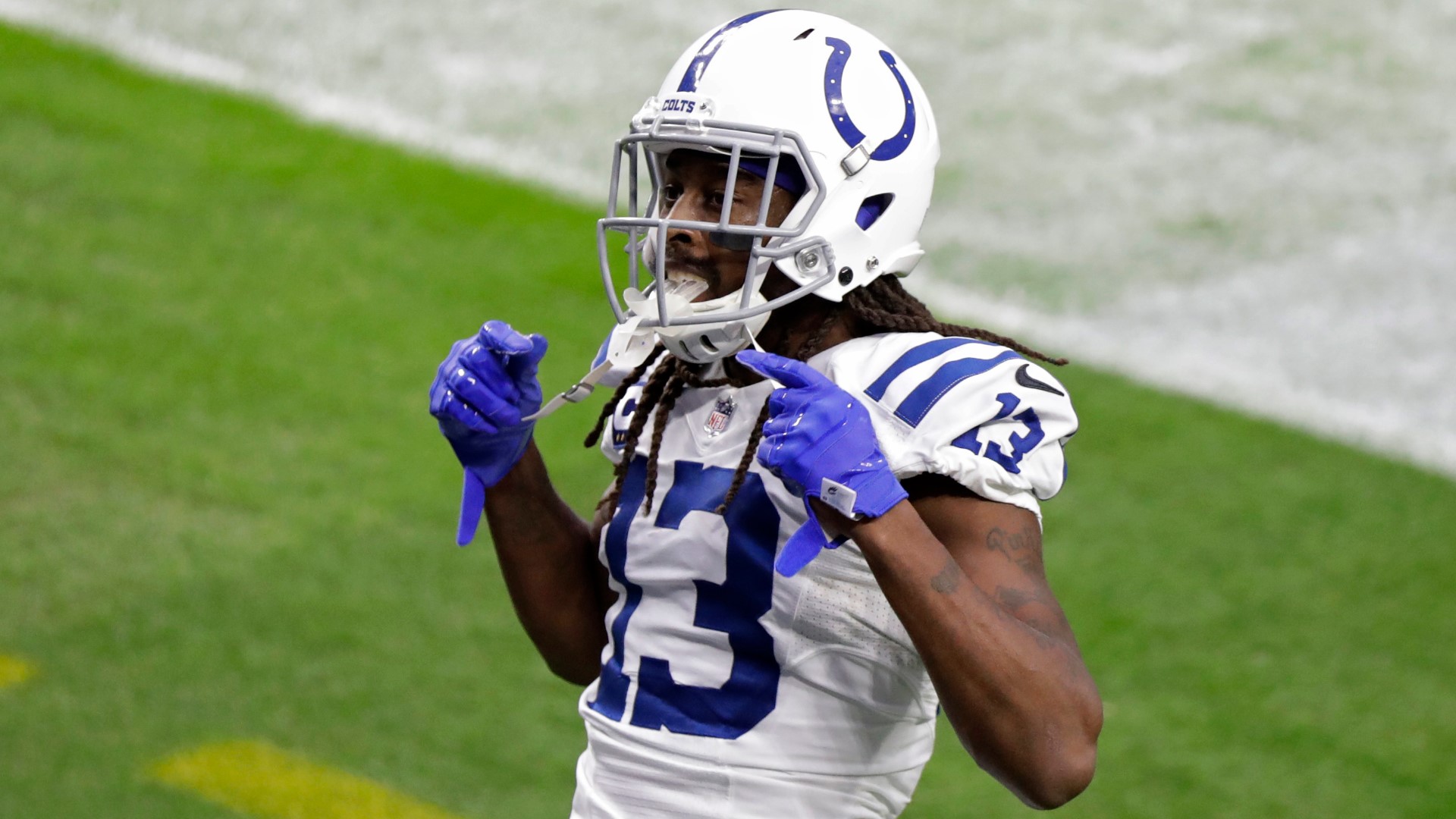 INDIANAPOLIS — The big question throughout free agency is whether T.Y. Hilton would sign a deal and stay in Indy or would he continue his career elsewhere.

The Colts' third-round pick in 2012 has decided to stay home.

He posted the announcement to Twitter Wednesday afternoon. According to Ian Rapaport, it's a one-year deal worth $10 million with $8 million guaranteed.

During the off-season, Hilton became a free agent for the first time in his career.

The Colts made it clear they wanted Hilton back, and Hilton has said on several occasions he wanted to be a "Colt for Life."

After testing the waters, the two parties were able to come to terms on a new deal.

One thing i kno about this city. Is that they love me. And i love them. I listen to all the songs. I read all the tweets. I will cherish this forever 🥲🥲. It’s only right i finish what i started. #TYISHOME pic.twitter.com/PEfV5YoHIa

With a new quarterback in Carson Wentz and still room for a young wide receiver, Hilton provides veteran leadership and stability. This is the 31-year-old's third contract with the Colts. He's entering his 10th season.