The Indianapolis Colts quarterback made his move to South Beach a day before Indy's trade to acquire Carson Wentz is finalized. 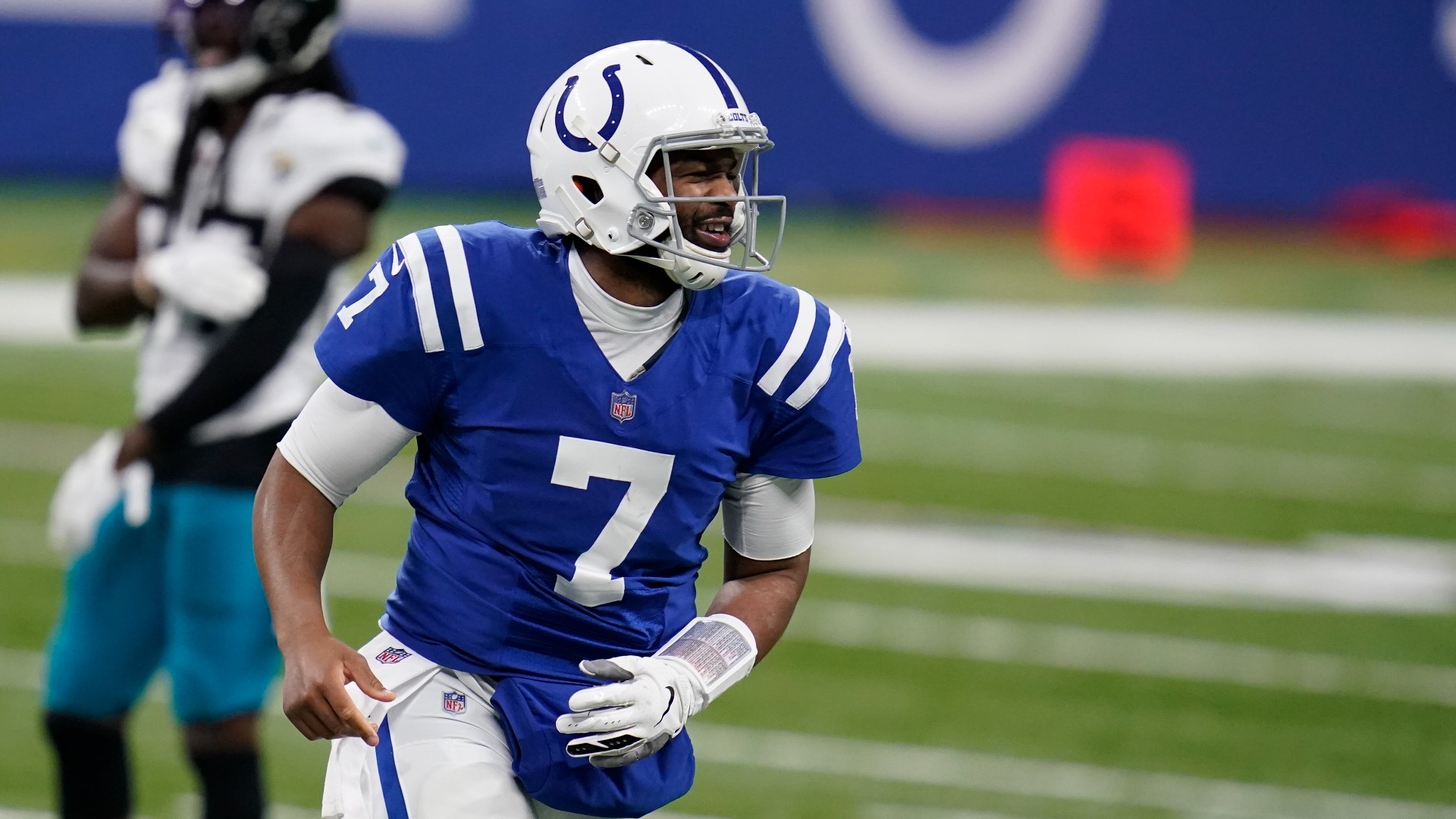 INDIANAPOLIS — Jacoby Brissett is headed south, according to reports.

Pro Football Talk and ESPN's Adam Schefter both reported Tuesday that Brissett had agreed to a one-year contract with the Miami Dolphins. Brissett started 15 of 16 games for Indianapolis in 2017 when quarterback Andrew Luck was injured and also started 15 games in 2019 after Luck abruptly retired during the preseason.

He threw for over 6,000 yards and 31 touchdowns in four total seasons with the Colts after being acquired in a trade with New England in September 2017. He backed up Philip Rivers during the 2020 season.

Former Colts' QB Jacoby Brissett has reached agreement on a one-year deal with the Miami Dolphins, per source.

In Miami, Brissett is expected replace Ryan Fitzpatrick, who started eight games before being replaced with rookie Tua Tagovailoa in Week 8. Fitzpatrick signed a free agent contract with Washington on Monday.

The Colts' quarterback depth chart is currently made up of Jacob Eason and Jalen Morton, who were both rookies in 2020, until Indy's offseason trade for Philadelphia Eagles quarterback Carson Wentz is finalized on Wednesday.

Wentz isn't wasting any time getting to know his new teammates, however. Wide receiver Michael Pittman Jr. posted a photo to Instagram Monday showing him and wide receiver Dezmon Patmon after a workout with their new quarterback.

"Can't wait to see this guy in Lucas Oil, gonna be a show," Pittman wrote.

This is the first week NFL teams have been able to sign free agent players this offseason. Evan Sidery with the Locked On Colts podcast has been keeping tabs on key free agents who may fit the Colts' needs.