The Colts running back scored five touchdowns in Sunday's win over the Buffalo Bills. 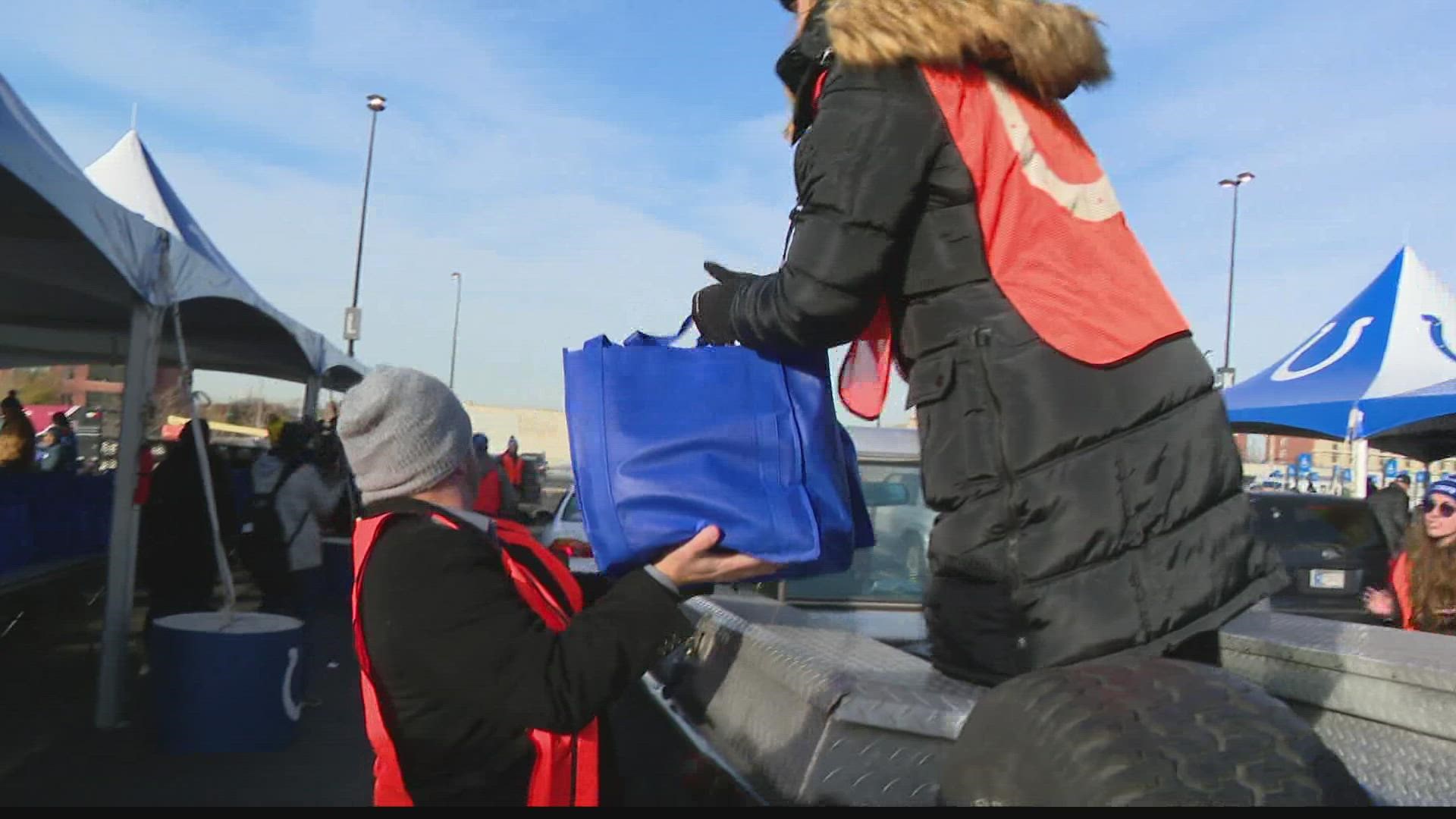 INDIANAPOLIS — Indianapolis Colts running back Jonathan Taylor picked up yet another award Wednesday, but this one wasn't like the others.

(NOTE: The video in the player above is from the Colts' "Horseshoe Helpings" event at Lucas Oil Stadium.)

Taylor, who was snubbed in the fan vote for this week's FedEx Ground NFL Player of the Week despite rushing for 184 yards and four touchdowns, won Nickelodeon's "Slime Time" award for his stellar performance against the Buffalo Bills.

The Colts star, who inserted himself firmly in the MVP discussion with Sunday's effort, also caught a touchdown pass in the win.

But what's a Nickelodeon award without some slime to go with it?

Taylor opened up a box that contained a trophy featuring Nickelodeon's signature blimp and a container of slime, but defensive lineman Grover Stewart pulled the bucket of green goo away from his teammate.

As Taylor gave an acceptance speech at the Colts complex Wednesday, wide receiver T.Y. Hilton slipped in to finish the ceremony off.

"I just want to say thank you, Nickelodeon, for entrusting me with this award. Just knowing kids around the world look up to me means a lot," Taylor said before he was slimed by Hilton to the cheers of his teammates.

(and also his NVP trophy 🏆) pic.twitter.com/gY3255TfxC

As the shock wore off, Taylor said he should have known better, given the source of the award.

Taylor was also named the AFC Offensive Player of the Week Wednesday for his performance in Buffalo.