'Inside the Huddle': Leonard says he recovered Texans fumble

One of the deciding moments is whether or not Houston recovered the ball after Colts linebacker Darius Leonard stripped it from Texans quarterback Deshaun Watson. 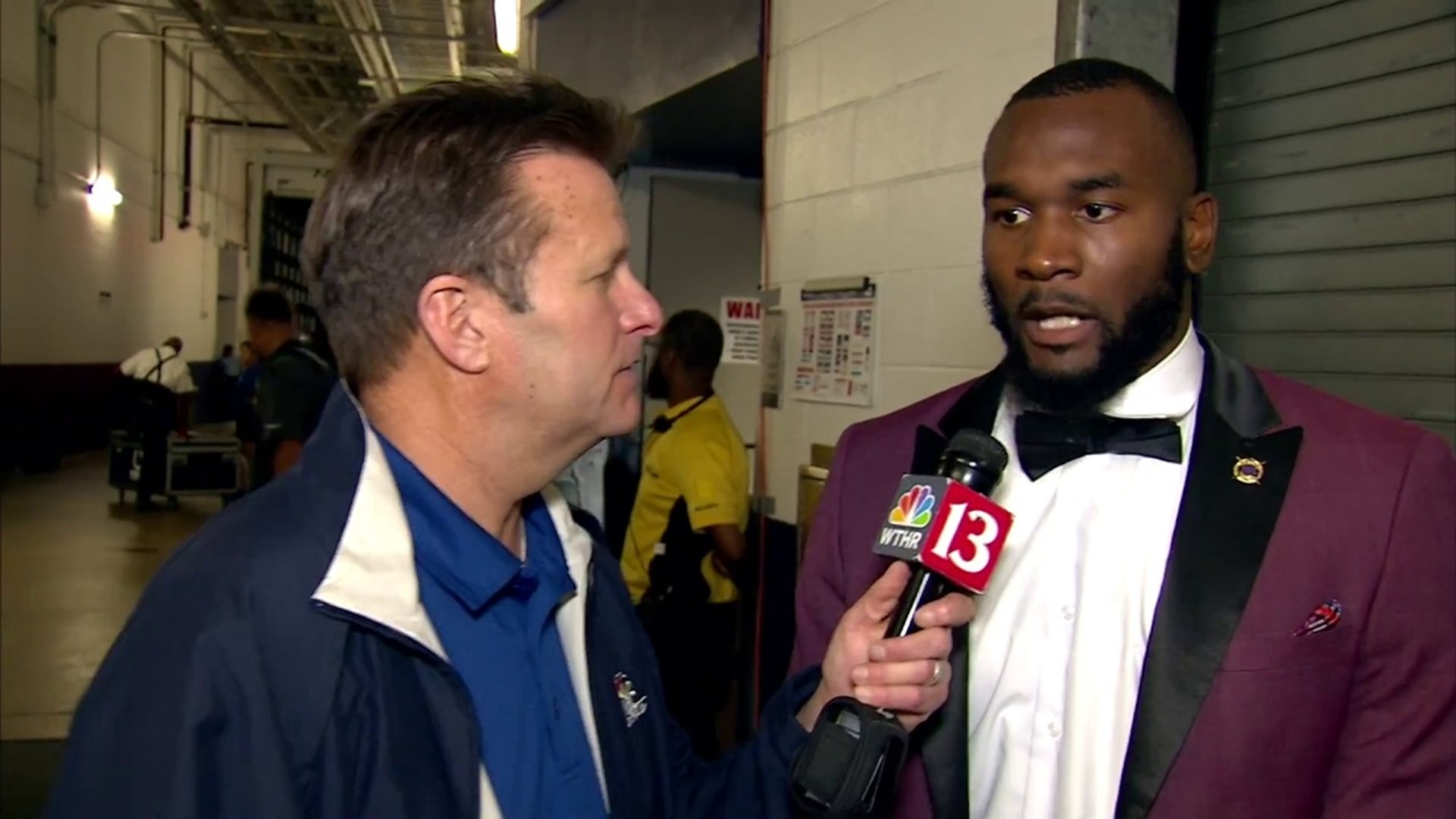 HOUSTON (AP) — When the Colts went to Houston on Thursday, it was to determine who would top the AFC South and have a shot at the playoffs.

When the clock rolled to zero, the Texans were on top 20-17.

One of the deciding moments is whether or not Houston recovered the ball after Colts linebacker Darius Leonard stripped it from Texans quarterback Deshaun Watson.

With 50 seconds left in the game, Coach Frank Reich couldn't challenge the call and the NFL responded on Twitter saying: "Officials on the field ruled a fumble recovered by the offense. There was no clear visual evidence of a recovery by the defense."

If the play had been reviewed and the Colts recovered, they would have had the ball on their own 35, with 50 seconds and a timeout left. That might have been time to drive down and maybe even things up.

We asked Darius Leonard if he actually recovered the ball.

"I'm very frustrated. It definitely was a fumble. I felt like I had control of the ball all the way through the whole time. I really think it was a fumble," Leonard said. "Yes, I had it."

This week’s “Riley Kid of the Week” is Ayden Wagler of Odon. (Riley Children’s Foundation)

This week’s “Riley Kid of the Week” is Ayden Wagler of Odon. As a baby, Ayden was diagnosed at Riley Hospital for Children with neurofibromatosis (NF) and pseudarthrosis, requiring a leg amputation surgery when she was 3 years old. A week later, she was already bouncing on her trampoline. Today, Ayden is a multi-sport athlete and is happy to tell people about NF and show off her prosthetic leg.

If you want to help kids like Ayden, Be the Hope NOW at www.RileyKids.org/donate.