Go 'Inside the Huddle' after Colts dominate Jacksonville

The Colts defense had a stellar day, holding the Jaguars rushing attack to just 29 yards. 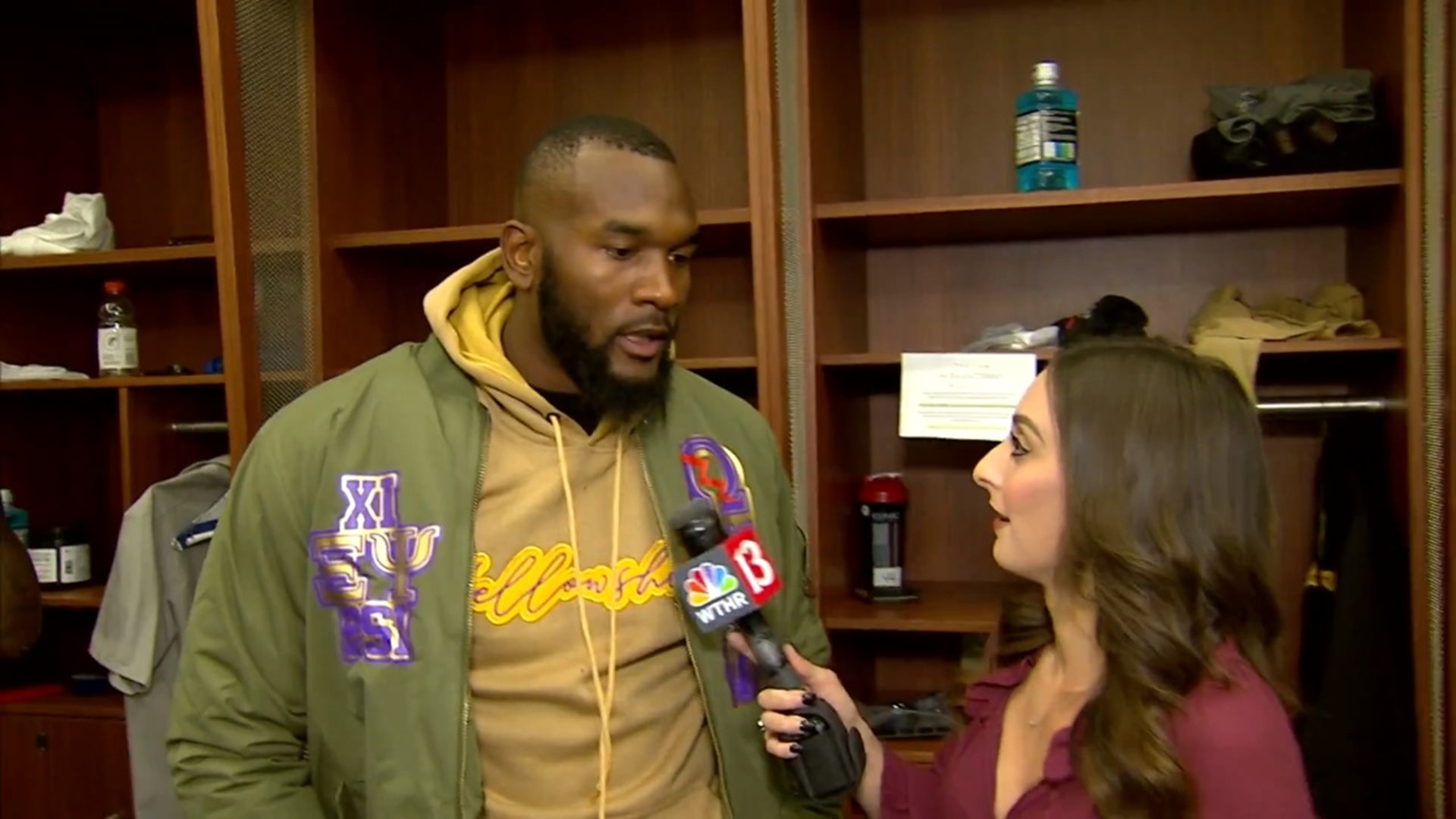 INDIANAPOLIS (WTHR) — The Colts fell behind early, then scored 31 straight points to defeat the Jacksonville Jaguars 31-13.

The Colts had two 100-yard rushers for the day. Marlon Mack ran for 109 yards on 14 carries but left with an injury. Jonathan Williams filled in for Mack and ran for 116 yards on 13 carries.

The Colts defense had a stellar day, holding the Jaguars rushing attack to just 29 yards.

"The biggest thing coach talks about is executing," Leonard told Eyewitness Sports reporter Taylor Tannebaum. "We won up front. It always starts up front. The defensive line played well and got off the ball."

After the Texans lost, the Colts are back on top of the AFC South with a critical road game to Houston coming up Thursday.

This week’s “Riley Kid of the Week” is Lucy Beyers of Carmel. Lucy was diagnosed with heterotaxy and congenital heart disease at birth. During her time at Riley Hospital for Children, Lucy became very close with her doctors, Riley Pediatric Cardiovascular Surgeon Mark Turrentine, M.D., and Riley Pediatric Cardiologist Anne Farrell, M.D., along with her nurse, Grace Godfrey. Lucy is so thankful for Riley and loves to give back in any way she can. When she’s not cheerleading or playing with her dolls, Lucy serves at the Ronald McDonald House and hosts a hot chocolate stand for her birthday, donating all of the money she receives to Riley.

If you want to help kids like Trissa, Be the Hope NOW at www.RileyKids.org/donate.