Linebacker Darius Leonard said it meant a lot to score a touchdown in front of his family after intercepting Winston. 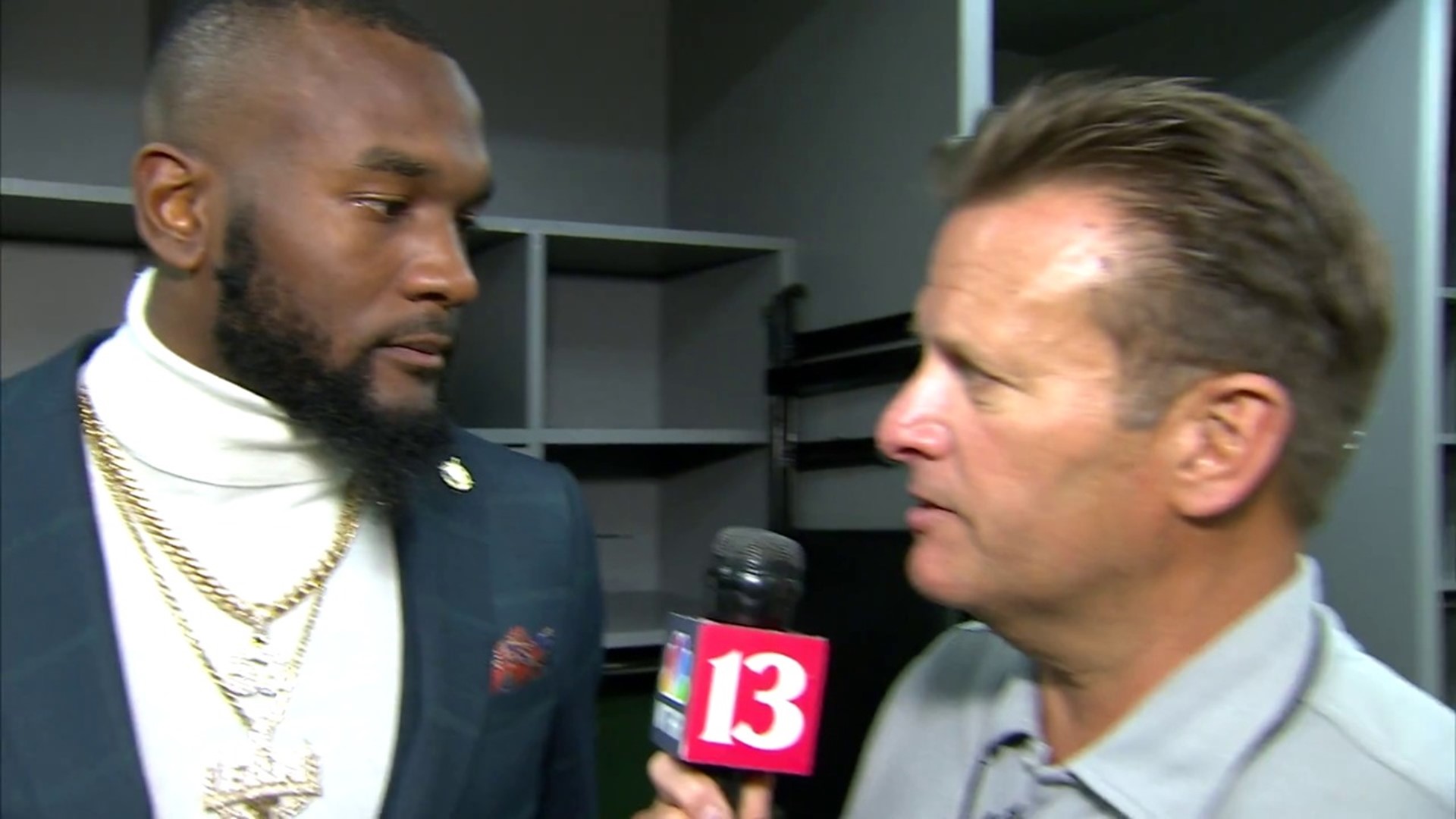 TAMPA BAY, Fla. (WTHR) — The Indianapolis Colts just can't seem to close in the second half.

That's despite picking off the Buccaneers' Jameis Winston three times and returning one of those for a touchdown.

Linebacker Darius Leonard said it meant a lot to score a touchdown in front of his family after intercepting Winston.

"Having my Lupus cleats on for my sister, having my family in the stands...it was very emotional for me," Leonard said.

The “Riley Kid of the Week” is Caleb Kinnaird of New Castle. (Riley Children's Foundation)

This week’s Caleb was born with Tricuspid Atresia and spent almost a full year at Riley Hospital for Children as an inpatient waiting for and then recovering from a heart transplant at the age of 2. Caleb is now 8 and is the outgoing entertainer of his family. He loves to use his imagination to make up stories and performances. Because of the care he received at Riley Hospital, he is now able to swim, play outside and most importantly make people laugh.

If you want to help kids like Caleb, Be the Hope NOW at www.RileyKids.org/donate.