Colts QB Wentz questionable for Sunday's game vs. Titans after spraining both ankles

During the fourth quarter, Carson Wentz limped off the field after getting hit by Rams defensive tackle Aaron Donald and twisting his right ankle. 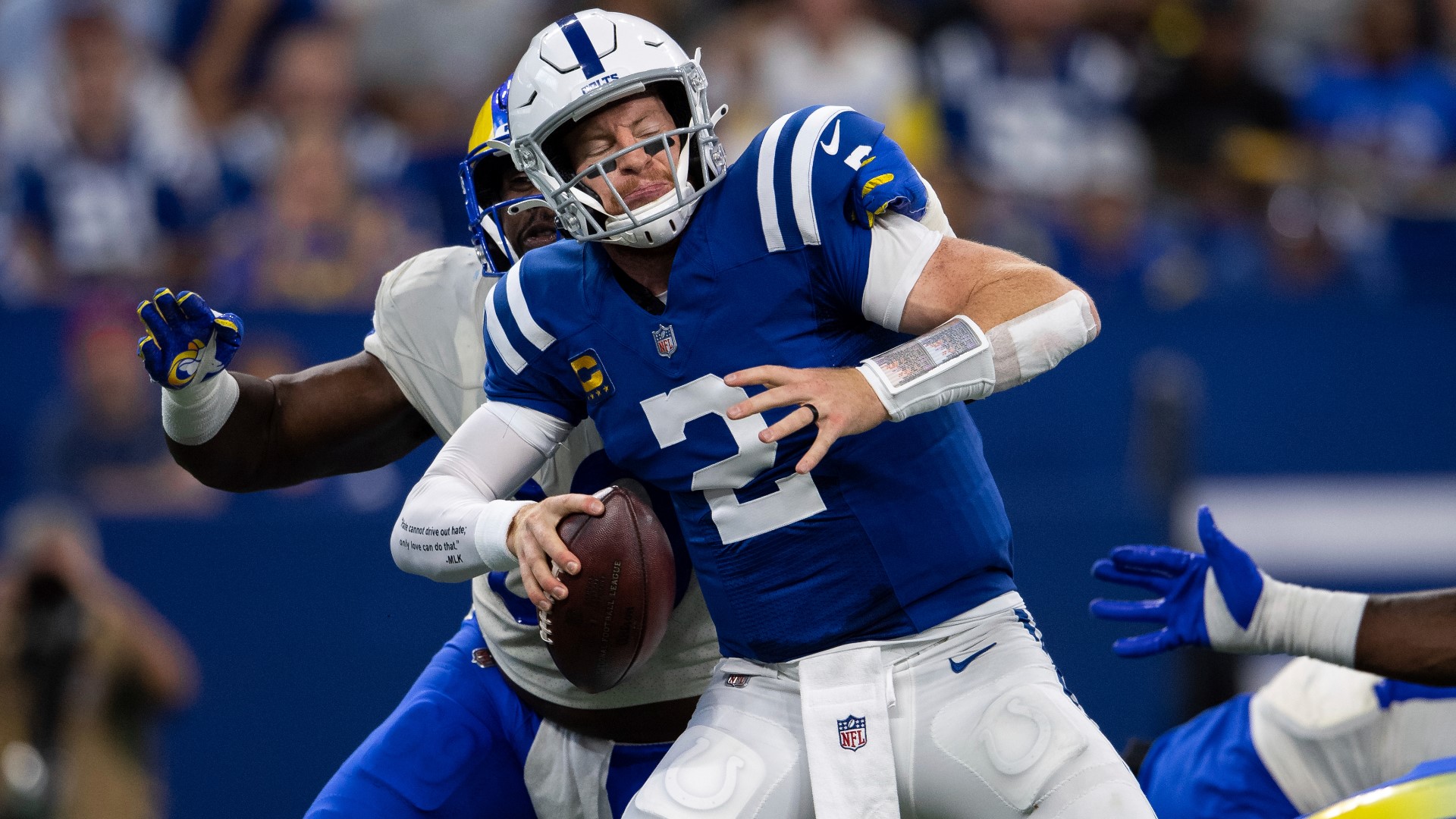 In a press call, Frank Reich confirmed the injuries and said it's too early to tell if Wentz will be able to play Sunday, Sept. 26 on the road against the Tennessee Titans.

During the fourth quarter, Wentz limped off the field after getting hit by Rams defensive tackle Aaron Donald and twisting his right ankle.

"I felt it right away — it did not feel good. I tried to tape it up and do everything I could to get out there and finish the game," Wentz said Sunday following the loss. "It's a bad feeling to not be out there, especially in that situation. Kind of feel like you let the team down a little bit, so it's definitely frustrating, but it's football."

Wentz had foot surgery Aug. 2 for a lingering foot injury that he had since high school.

Wentz's recovery time was estimated at five to 12 weeks but was able to make his return for the Colts' season opener against the Seahawks, which the team lost 28-16.