Bob Lamey, the radio voice of the Colts since the moved to Indianapolis from Baltimore in 1984, is retiring. 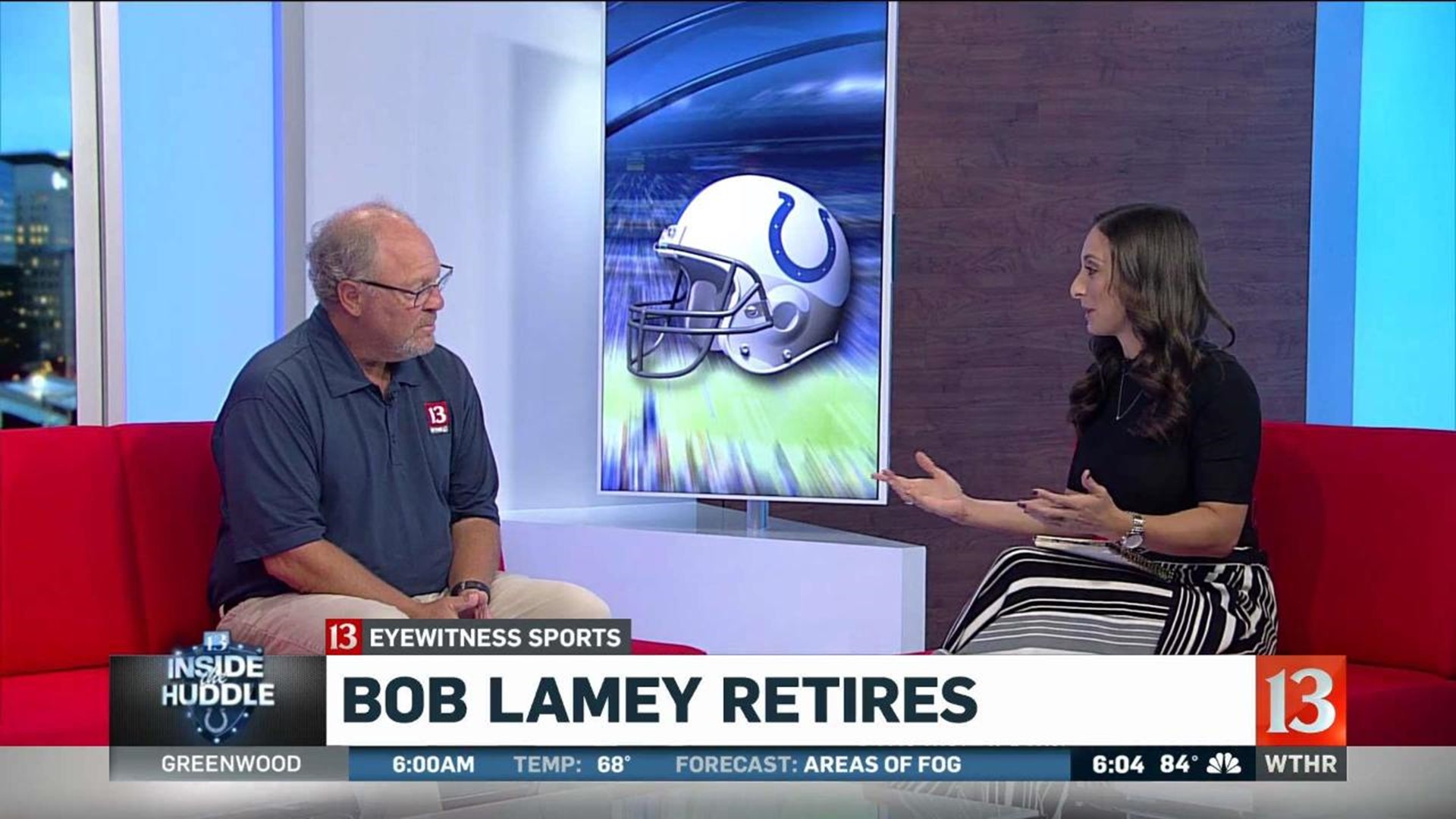 INDIANAPOLIS (WTHR) — Bob Lamey, the long-time radio voice of the Colts is retiring.

The 'Voice of the Colts' Bob Lamey is retiring: https://t.co/sOf8k0cYNb pic.twitter.com/4FIeduQ98a

He will remember "Great things and great people. I cannot thank Colts fans enough for their support through the years. I also owe the world to the Irsay family, particularly (Colts owner) Jimmy. I’ve never worked for a better person or a ‘got-your-back’ boss like him. I will always bleed blue.”

Then the confirmation came from Irsay early Sunday afternoon, calling Lamey an "icon" in another tweet.

The Voice of the Colts—-and our biggest fan—-is retiring. He’s an icon and will be greatly missed.

In an announcement posted on Colts.com, the team says Matt Taylor, Colts radio host and preseason sideline reporter, will "handle play-by-play duties in the interim."

Taylor serves as the manager of radio production for the Colts.

Earlier this month, Lamey told WTHR's Bob Kravitz, "As long as my body holds up and my health is decent, I'll be here. My health now is as good as it's been in 30-years. I don't have issues. Now, like everybody walking out here, five minutes from now, who knows? You don't know when that time is going to come. But right now, I'm exactly where I want to be.''

As it turned out, "that time" came less than two weeks later for Lamey, who spent 31 years calling Colts games.

Bob Lamey is the best..there’s no other way to describe him. A full encyclopedia of information at all times. Loved the @Colts and Indianapolis like no other human I’ve ever met. We’ll all miss your work, but cheers to your retirement boss. I’m lucky to call you a friend. ✊🏻🍻

Irsay was quoted on the Colts website, saying, "With his historic calls, familiar sayings and passion for football, he became part of the fabric of this entire community. No one has been more ‘Indianapolis’ than Bob Lamey. Even more so, he was very much a part of our team family, and he's as dear to us as anyone who has ever worn the Horseshoe."