Colts even season record with 28-11 win over Vikings 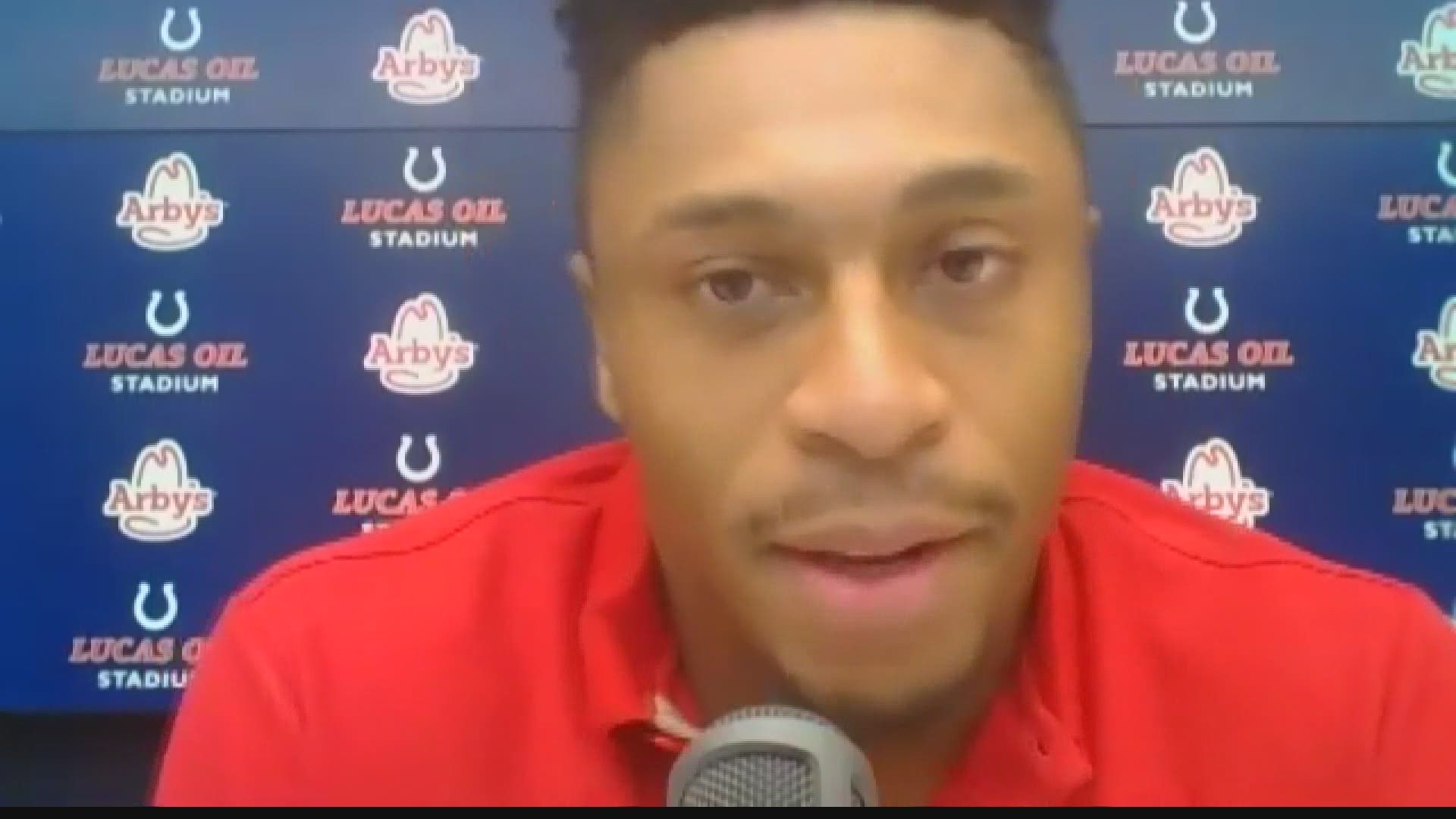 INDIANANPOLIS (AP) - Jonathan Taylor ran for 101 yards and scored a touchdown in his first NFL start, leading the Indianapolis Colts past Minnesota for a 28-11 victory.

The Colts avoided their first 0-2 start in coach Frank Reich's three seasons and was win No. 124 for quarterback Philip Rivers. He is now tied with Hall of Famer and former Vikings great Fran Tarkenton for No. 8 in NFL history.

3:35 p.m. Rodrigo Blankenship adds another field goal, this one from 44 yards. Midway through the the 4th quarter, Colts lead 28-3.

Blankenship drills another field goal...#Colts up 18-3. But again, leaving lots of points out there...3rd q

2:30 p.m. Rodrigo Blankenship added a 38-yard field goal in the closing seconds of the first half to put the Colts on top 15-3 heading into the locker room for halftime. The kick was set up by a turnover when Khari Willis picked off a Kirk Cousins pass - the second Colts pick of the half.

2:16 p.m. After the safety, the Colts took Minnesota's kick and drove into field goal range for rookie Rodrigo Blankenship. His 28-yard kick capped a 58-yard drive to put the Colts up 12-3 with just over a minute to go in the first half.

Credit: AP
Indianapolis Colts' Jonathan Taylor (28) celebrates with Noah Togiai (86) after running for a touchdown during the first half of an NFL football game against the Minnesota Vikings, Sunday, Sept. 20, 2020, in Indianapolis. (AP Photo/Michael Conroy)

1:20 p.m. The Vikings scored first on a 21 yard field goal by Dan Bailey. The visitors drove 75 yards in 13 plays before the Colts defense stiffened in the red zone.

Credit: AP
Minnesota Vikings kicker Dan Bailey (5) kicks a field goal out of the hold of Britton Colquitt (2) during the first half of an NFL football game against the Indianapolis Colts, Sunday, Sept. 20, 2020, in Indianapolis. (AP Photo/Michael Conroy)

Credit: AP
The Indianapolis Colts play the Minnesota Vikings during the first half of an NFL football game, Sunday, Sept. 20, 2020, in Indianapolis. (AP Photo/AJ Mast)

11:45 a.m. The roof and window of Lucas Oil Stadium are open for the Colts first home game of the 2020 NFL season.