Indy (4-2) has won three straight in the series and took over the early season lead in the AFC South. 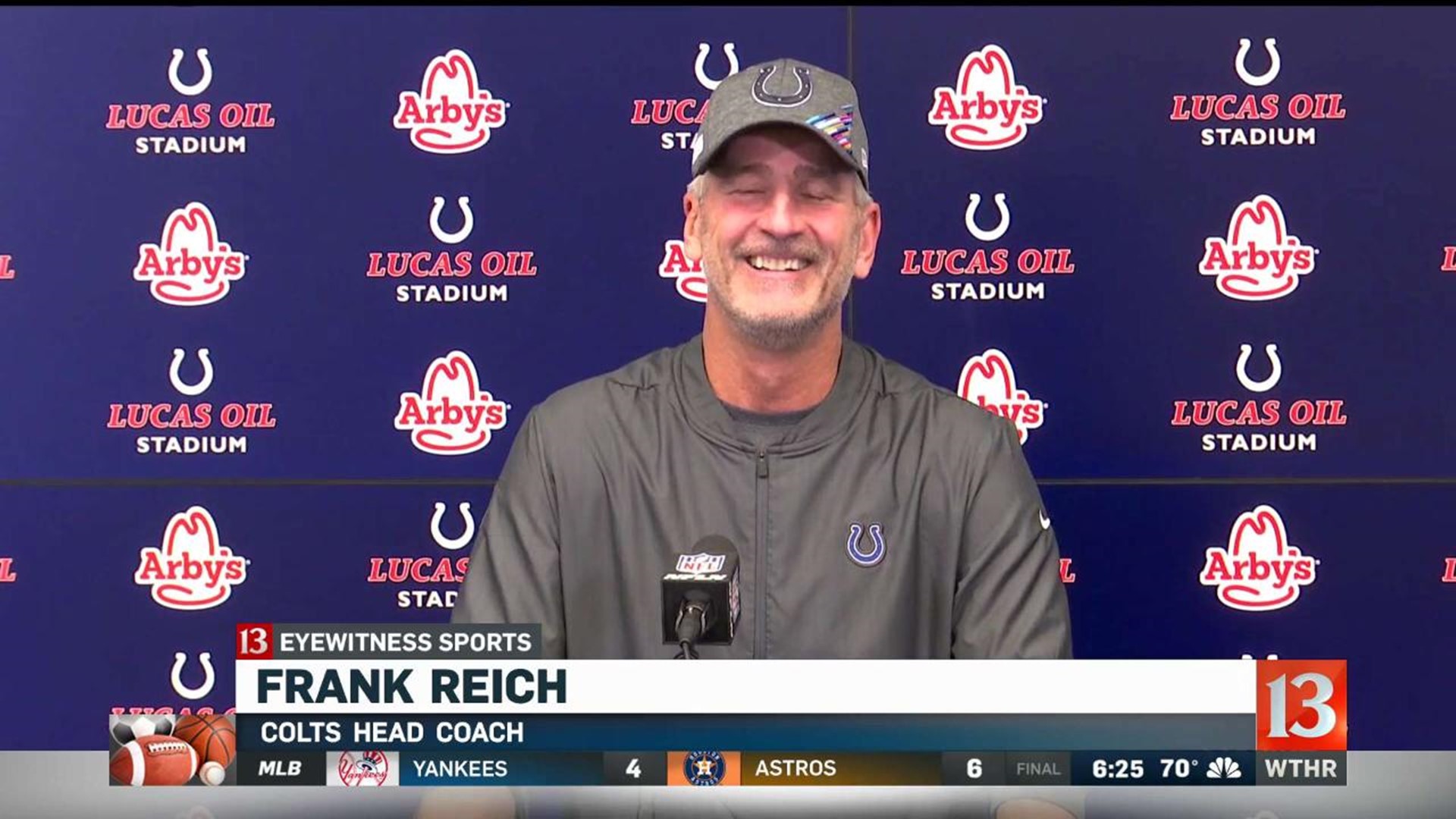 Indy (4-2) has won three straight in the series and took over the early season lead in the AFC South.

Brissett was masterful most of the day. He was 26 of 39 with 326 yards, and in a game the Colts only produced 62 yards rushing, they needed Brissett to be at his best — and he was.

This guy deserves all the attention...@JBrissett12 w a career day! The #Colts in first in the AFC South..Watch at 6 on @WTHRcom #WTHR @Colts pic.twitter.com/jYi0IUXqTn

"It just says he's legit, he's the man," coach Frank Reich said of Brissett. "We believed that from Day One and we've never wavered in our conviction in our faith in Jacoby. But he knows he's still got to prove it. He's still got to make plays to win this game and he did that today."

Brissett opened the scoring with an 11-yard TD pass to Zach Pascal on Indy's first series.

The Texans (4-3) answered with two field goals, the second coming after Deshaun Watson appeared to find DeAndre Hopkins for a touchdown pass with Justin Houston draped around Watson's legs. But the officials ruled Watson was in the grasp, nullifying the subsequent throw.

"I'm not going to answer any officiating questions," Texans coach Bill O'Brien said twice after the Texans were called for 10 penalties.

The Maniac is back.

After a 3 game hiatus, Darius Leonard returns and seals the #Colts win with an interception. 30-23 over the #Texans. Horseshoe atop the AFC South.

Brissett, who set up the Texans' second score with a fumble deep in Colts territory, then threw a nifty 2-yard TD pass to T.Y. Hilton with 1:49 left in the half.

That gave Houston just enough time to drive for another short field goal to make it 14-9. But, Indy re-established the two-score lead when a replay review reversed the call on the field of an incomplete pass to give Brissett a 4-yard TD toss to Eric Ebron.

Houston finally got in the end zone when Keke Coutee scored on a 4-yard run that caught the Colts off guard.

But Brissett took advantage of three defensive penalties on the series before capitalizing with a 3-yard TD pass to Pascal that made it 28-16 with 1:14 left in the third quarter.

Watson gave the Texans one more chance with an 8-yard TD pass to Hopkins with 6:38 left.

Texans punter Brian Anger stepped out of the end zone for a safety with less than three minutes remaining before the Colts closed it out with Leonard's interception in the final seconds.

Watson was 23 of 34 with 308 yards, one touchdown and two interceptions. Hopkins had nine receptions for 106 yards and Kenny Stills caught four passes for 105 yards.

Texans: Houston's streak of consecutive games without allowing a sack ended at two. ... The defending division champs have lost only two of their last seven regular-season games against AFC South foes — both to Indy.

Colts: Marlon Mack rushed 18 times for 44 yards. ... Indy has scored at least 23 points in 11 consecutive home games. ... The Colts defense has not allowed a 100-yard runner in 24 straight games. ... The Colts failed on their only fourth-down attempt of the game, ending their perfect streak at seven.

Texans: CB Phillip Gaines was carted off the field with what appeared to be a lower leg injury with 1:49 to go. ... WR Will Fuller left during Houston's first series with a hamstring injury and did not return. ... S Tashaun Gipson injured his back late in the first quarter.

Colts: DT Carl Davis did not return after injuring his hamstring in the second half.

Texans: Return home next Sunday to host Oakland on the final leg of the Raiders extended road trip.

Colts: Will host Denver next Sunday.