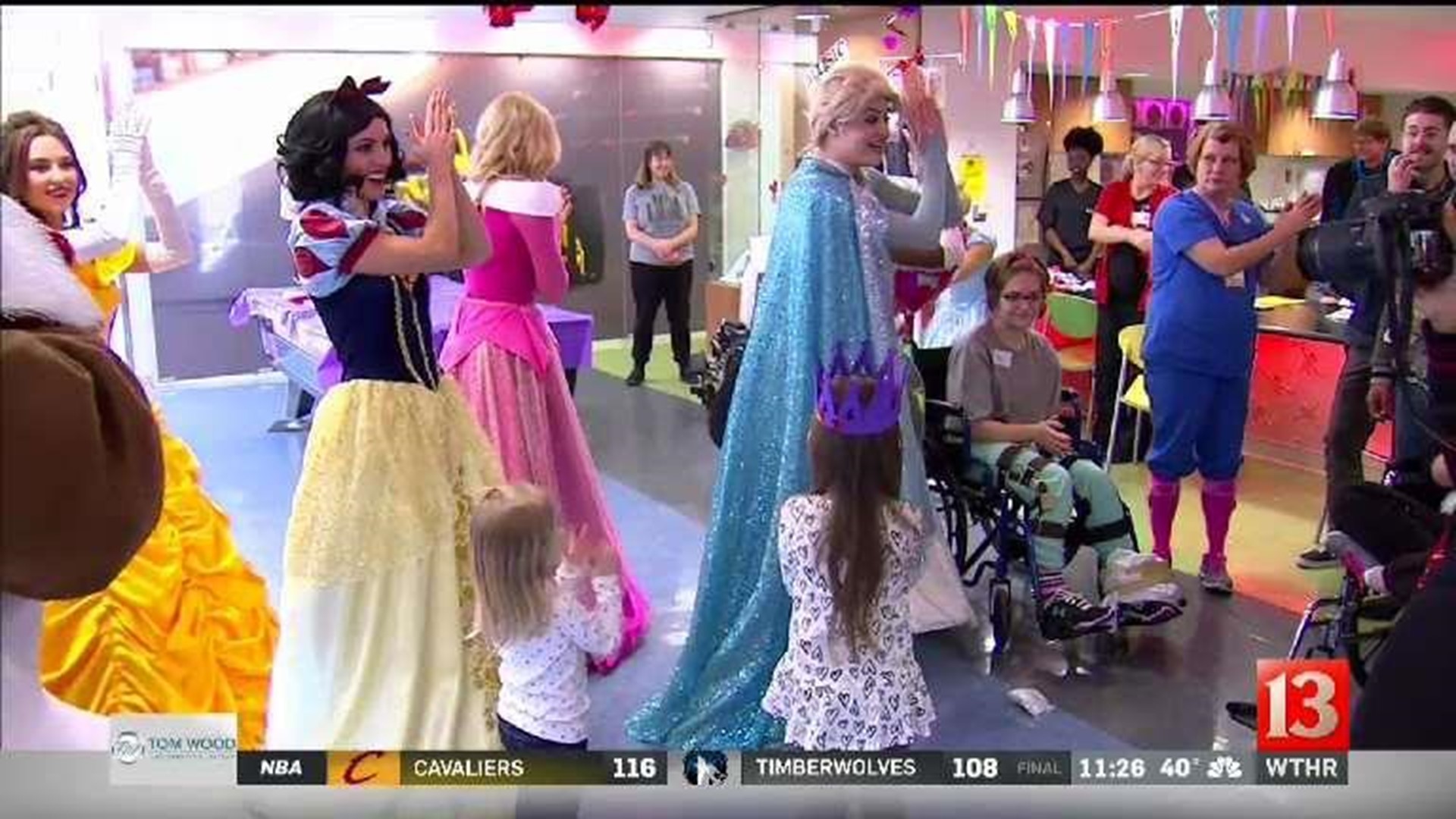 "I feel like I get touched more by coming here than the kids do just because of their faces and how their living their life and how much joy they still have with the situations that they're trying to overcome," said Colts cheerleader Sammy, dressed as Sleeping Beauty’s Princess Aurora. "It's really fun to be a princess for a day, because when you're their age all you want to do is be a princess. When I turn a corner, their faces light up."

Aurora was joined by five other Colts cheerleader princesses: Belle, Cinderella, Elsa, Snow White and Tiana. The children received valentines, made crowns, and took photos with the characters. The princesses wrapped up the party with a show that included singing and dancing.

Farley spent the party sweating inside a large Olaf costume, playing the role of Elsa’s friendly snowman from Frozen.

"It is way hotter than I anticipated," said Farley. "I was going to go to yoga and I am no longer going, because there's no need. I have a whole new respect for mascots across the league, because that's no joke right there."

Farley researched the role by watching the Disney movie in the morning. Farley even practiced an Olaf voice, but decided against it for fear of scaring the kids. Olaf spread Colts love with big fluffy hugs.

Of course the quarterback played the part of Prince Charming. His costume fit perfectly thanks to the Colts seamstress.

"A lot of surprised faces, excitement, and some scared as well," said Tolzien, "but it's always fun. It reminds me of Valentine's Day when I was a kid at elementary school, just a different setting here."