The City of Westfield reports that about 1,700 ticketed fans attended the Colts first practice Thursday at Grand Park, the massive sports complex where the NFL team is holding camp for the first time this year. 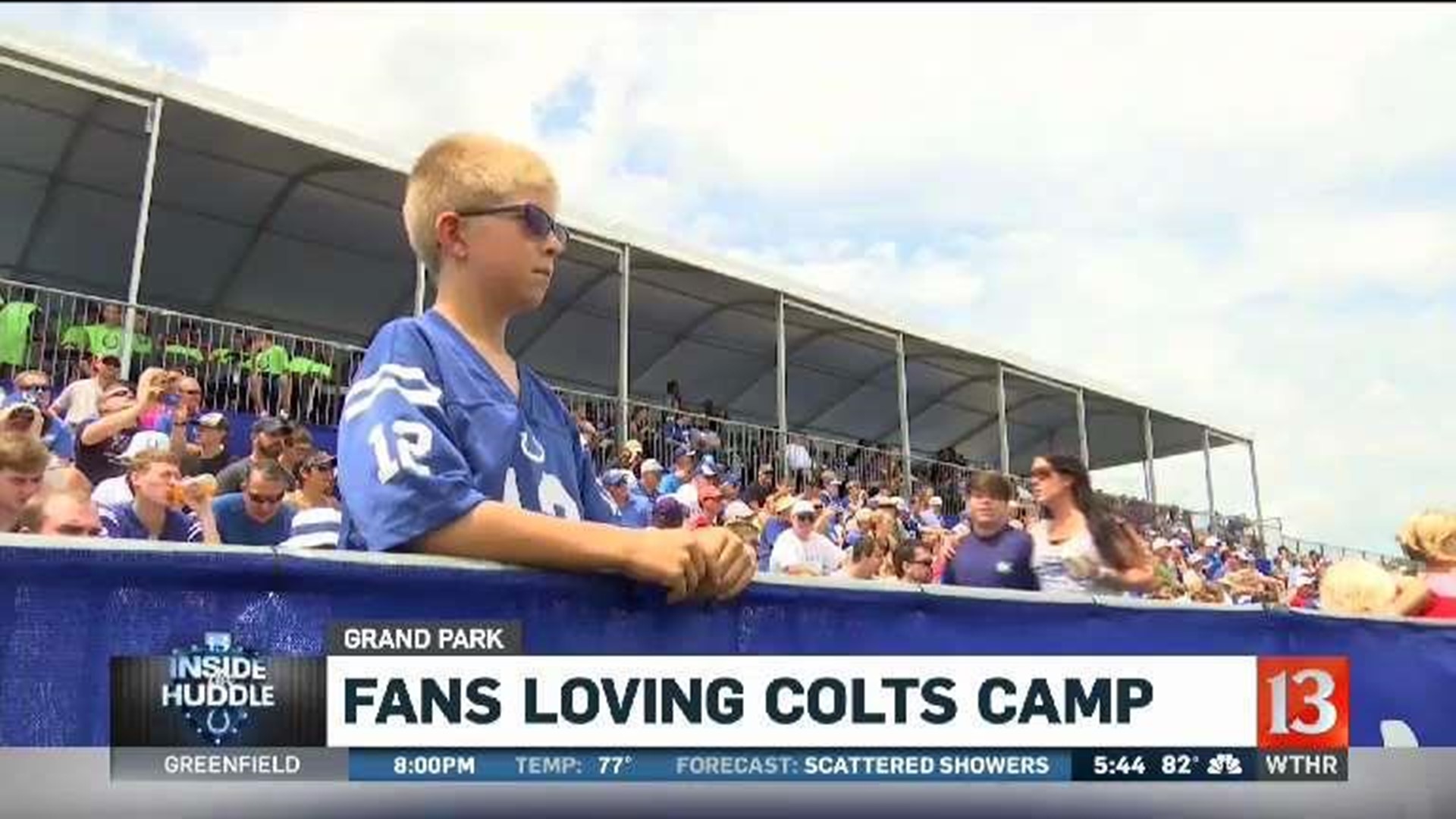 WESTFIELD, Ind. (WTHR) – Colts fans have clicked on the team's website to request more than 100,000 free tickets to training camp. The City of Westfield reports that about 1,700 ticketed fans attended the Colts first practice Thursday at Grand Park, the massive sports complex where the NFL team is holding camp for the first time this year. Officials expect the crowds to grow this weekend.

Colts fans were hard at work and play even before the team got to work on the field at 1:30 p.m. Colts City is an interactive fan area at training camp that offers plenty of fun and games at the new home of training camp in Westfield.

"It's cool," said Marlowe Petrelli, a 10-year-old who came to training camp with her brother, brought by their grandparents. "It's really fun because there's a lot of stuff to play with. But also, you can watch and there's food and drinks and stuff like that."

"I think it's a much easier drive," said Lade, who lives in Pendleton. "It was for me. I don't know how the parking was in Anderson, but there's parking galore here."

After many years holding training camp at Anderson University and at Rose-Hulman in Terre Haute, the Colts have a 10-year deal with the City of Westfield.

"We just came here today, and we're impressed," said Charlie Moore, who brought his grandson. "It's a huge complex. The town has done a good job."

"Grand Park is really the catalyst for our local economy," said Todd Burtron, Chief of Staff for the City of Westfield. "So, it's created economic development outside the perimeters of the park. It's put an identity on Westfield. This just adds to that, hosting the Colts and our fans, their fans, bringing them here and having a great experience."

"It's more centrally located I think," said Tara Bredensteiner, a teacher who lives less than two miles from Grand Park. "I think the area is bigger. The parking is better. The setup is way better than a college campus can be. It's just all around a great place."

Training camp runs through August 18. The first night practice is this Sunday at 7:00 p.m. Parking is $5. The NFL's clear bag policy is in effect.