Colts deal out of 1st round, add 2 picks from Redskins

One year after moving back three spots in the first round and making four second-round selections, Ballard did it again Thursday by sending the No. 26 overall pick to the Washington Redskins for two second-round picks. 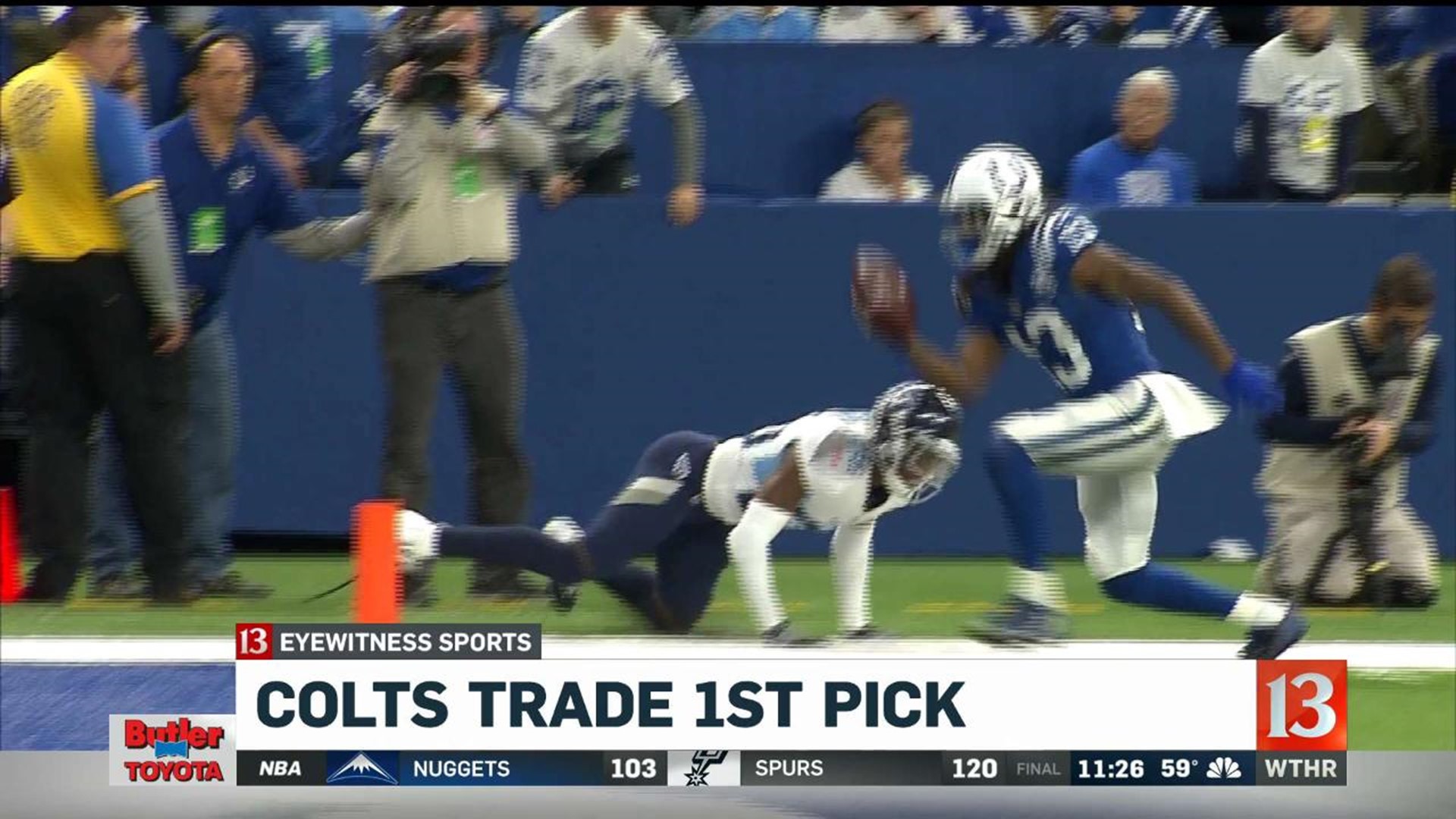 He figures it gives him better odds to hit it big.

One year after moving back three spots in the first round and making four second-round selections, Ballard did it again Thursday by sending the No. 26 overall pick to the Washington Redskins for two second-round picks. Indy will now select at No. 34, courtesy of last year's deal with the New York Jets, at No. 46, thanks to the Redskins, and at No. 59, their own pick on Friday, plus they've added the Redskins' second-round pick in 2020.

"It was just a chance to pick up a 2020 second-round pick, we thought the value was good and we thought there was still good enough value to be there in the second round to move back," Ballard said. "We think the ability of having three seconds, we thought that was the strength of how we had it lined up."

Just met with #Colts GM Chris Ballard. Says Monday is when they started to consider trading. Adds they feel good about who they can acquire tomorrow with *3* 2nd round picks. But before he left he said:

“That 34th pick is gonna be really attractive to people. So we’ll see.” 🎤

It's all part of a plan.

Ballard knew it would be difficult to replicate last year's successes. He had five picks in the first two rounds, found starters with each of his first three choices and Indy's first two selections — left guard Quenton Nelson and linebacker Darius Leonard — became the first rookie teammates to become first-team All-Pros since Gale Sayers and Dick Butkus with the Chicago Bears in 1965.

At Monday's pre-draft news conference, Ballard told reporters that the Colts had eight players targeted in the first round. And though he acknowledged some were still available when Indy went on the clock, he still opted for Plan B: Moving out of the first round for better value in the second.

In fact, he hinted at the prospect of a trade when he joked with reporters that he might not speak again until Friday.

"I kind of had a feeling (Monday), I don't know why," he said. "Sometimes you just have a feeling. I had a feeling we would have a chance to get out and it would be the best thing for us long term."

He may not be finished dealing, either. In three seasons with the Colts, he has now made eight trades involving trade picks though he knew this one might not be well-received.

"We've got a room full of people, we've got you all sitting here, I get it, everyone wants you to pick a player," he said. "But I'm pretty patient. I don't panic, we don't panic, we stay true to what we're looking at on the board."

The Colts now have 10 picks this weekend including their own third-rounder, No. 89 overall, on Friday.