The Colts have announced they are parting ways with head coach Chuck Pagano. 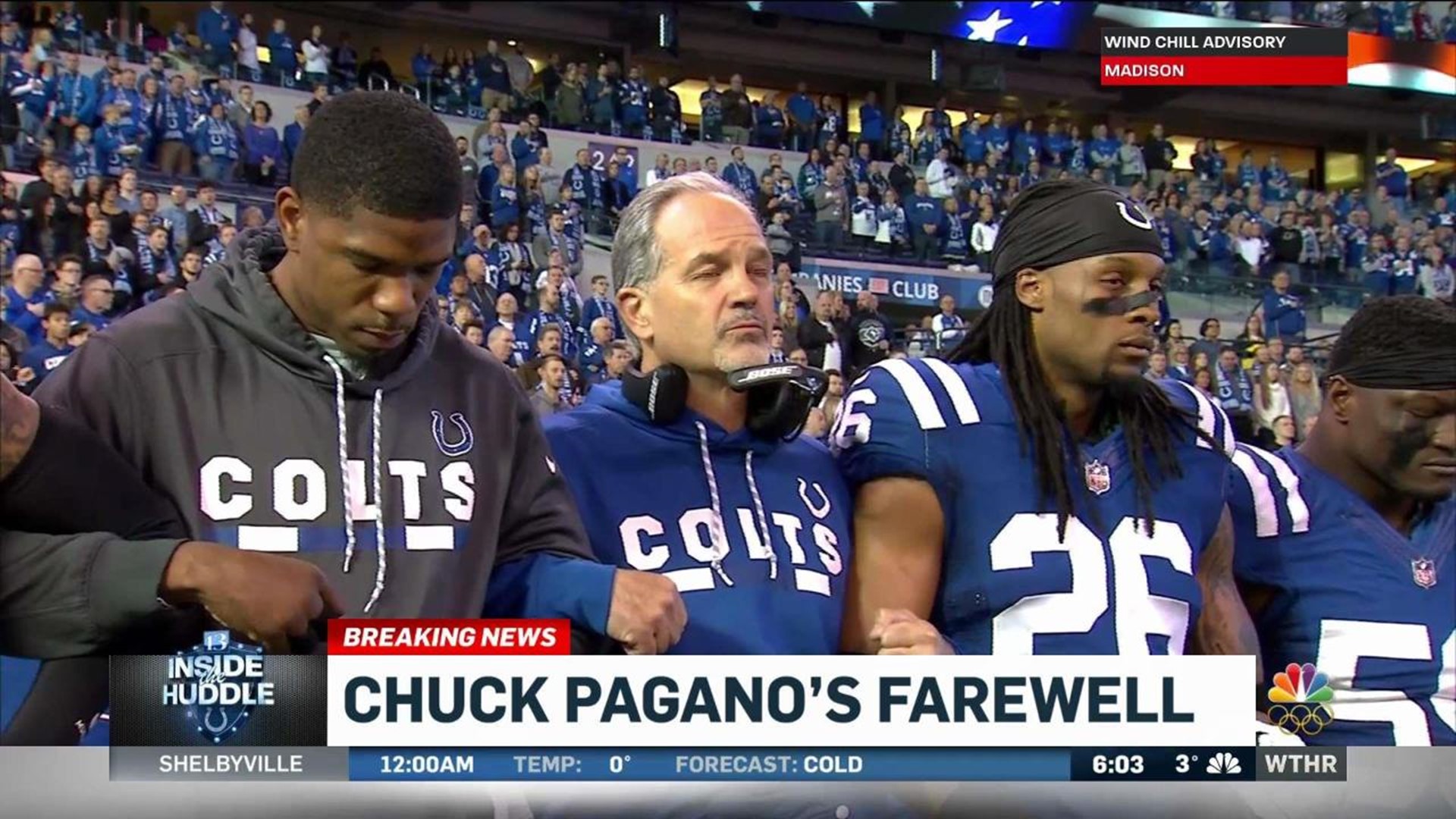 INDIANAPOLIS (WTHR) - The Colts have announced they are parting ways with head coach Chuck Pagano.

The team posted a statement on its website shortly after Pagano met with team owner Jim Irsay after the team beat Houston to finish the season 4-12.

The team issued a statement about the move:

“Chuck Pagano provided Colts fans with many exciting wins and memories as head coach of the Colts,” said Colts Owner & CEO Jim Irsay. “Throughout his tenure in Indianapolis, he impacted the lives of the players he coached, those who he worked with in the organization and Colts fans across the globe. Chuck’s first season was one of the more inspirational stories in NFL history as he courageously battled and overcame leukemia. As a result, his CHUCKSTRONG Foundation has raised millions for cancer research. We are thankful for Chuck’s contributions to our franchise and community and we wish him, Tina and the entire Pagano family nothing but the best moving forward.”

Pagano was not immediately available for comment, but complimented both Colts owner Jim Irsay and General Manager Chris Ballard during his comments to the media after the game, and said he had yet to speak with Irsay about his future at that point.

They did meet soon after.

Pagano just walked out of the meeting, shook hands of team personnel assembled outside.
Irsay’s have left in their golf cart.

"I don't know what tomorrow brings, but I'm grateful," Pagano said. He also intimated to the media before meeting with Irsay that a change might be coming when he said, "Sometimes, you have to say, 'goodbye.'"

Coach Pagano sounds like he is saying farewell at his press conference. He is emotional as usual. Thanking media for being fair to him and his family. #WTHR

ESPN's Adam Schefter reported before Sunday's final regular season game against the Houston Texans that the coach and team would part ways.

"Call me crazy, but I'm a believer to the core. You know, I don't know what tomorrow brings. I don't know what the next hour brings," Pagano said. "But I do know I'm very grateful to Jim Irsay and to the Irsay family. His unwavering commitment is second to none in football, and he's given us everything we needed to be successful. And I'm very grateful for the opportunity he gave me."

#Colts head coach Chuck Pagano on what could be his final game on the sidelines in #Indy: “Call me crazy, I’m a believer. I don’t know what tomorrow holds.” @WTHRcom pic.twitter.com/Vko1HPsFGP

It has been a difficult season for the Colts with Andrew Luck out the entire season after surgery on his shoulder and an extended rehab that left him on the sidelines.

Pagano was brought back this year by team owner Jim Irsay after a change in the general manager with Chris Ballard coming in to take over for Ryan Grigson last January.