The Colts will give Philadelphia a 2021 third-round pick and a conditional 2022 second-round pick in the reported deal. 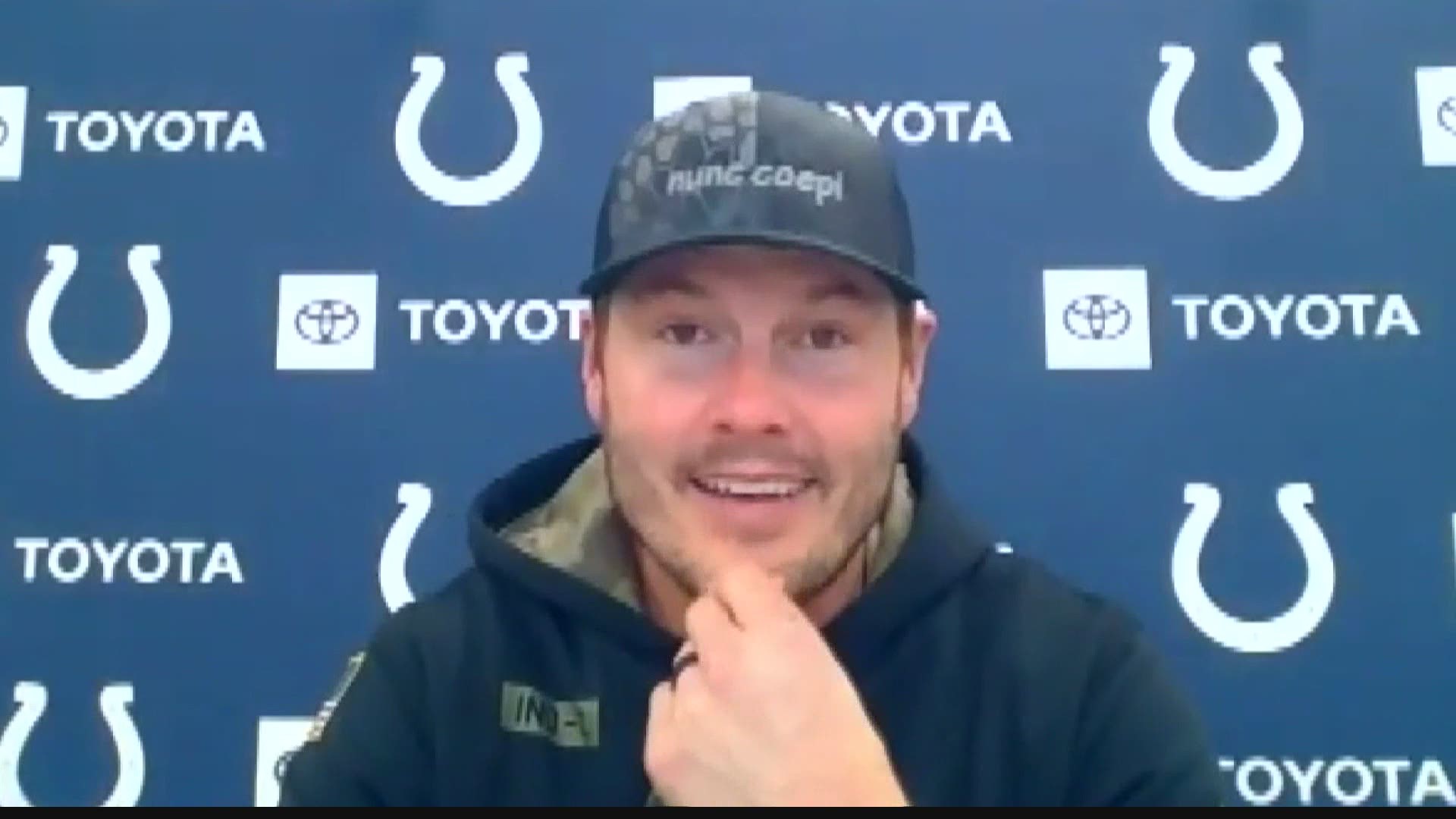 INDIANAPOLIS — EDITOR'S NOTE: The video above is Philip Rivers after announcing his retirement last month.

The Colts are getting a new quarterback in Carson Wentz, according to a report from ESPN NFL insider Adam Schefter.

The Colts will reportedly give up a 2021 third-round pick and a conditional 2022 second-round pick that could turn into a first-round pick.

After battling through injuries for much of his career, Wentz was the Eagles' starting QB for the first 12 games of the 2020 season before getting pulled for Jalen Hurts.

In the 12 games he started, Wentz led the team to a 3-8-1 record and threw for 16 touchdowns and 15 interceptions.

Philadelphia has agreed to trade Carson Wentz to the Indianapolis Colts in exchange for a 2021 third-round pick and a conditional 2022 second-round pick that could turn into a first, league sources tell @mortreport and me.

Philip Rivers, who led the Colts last season, announced his retirement after 17 seasons in the league last month, saying, "It's just time."

Rivers spent 16 seasons with the San Diego Chargers before finishing his career with the Colts.

He threw for 4,478 yards and 26 touchdowns while leading the Colts to the playoffs, ultimately losing in the AFC Wild Card game against the Buffalo Bills.

In a statement to ESPN, Rivers said he was grateful to both the Chargers and the Colts for his time in the league and thanked fans, teammates and referees for their relationships with him.