Colts owner Jim Irsay shed more light on what that injury really is during an interview on SiriusXM NFL. 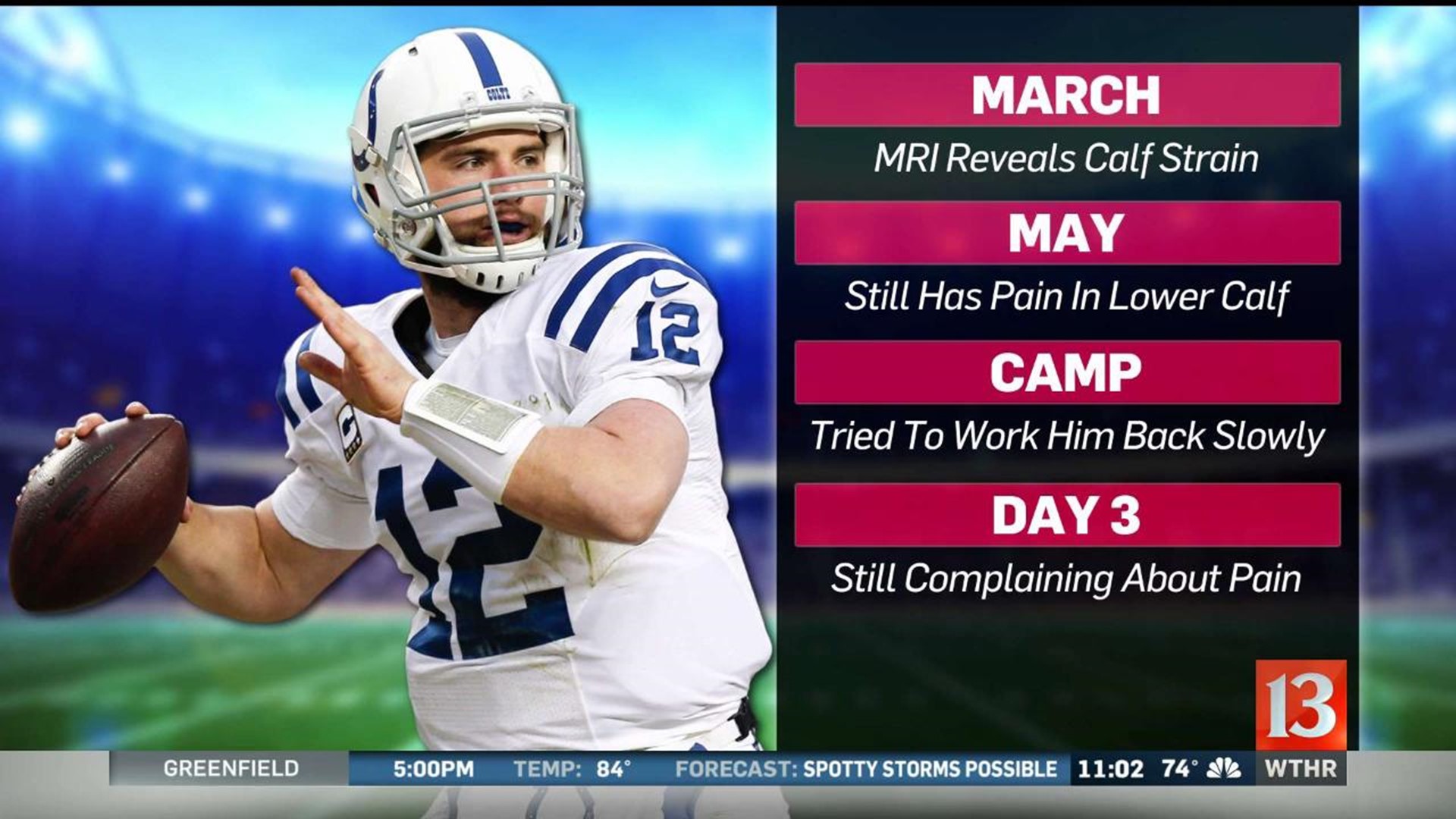 The Colts quarterback has continually missed practice during training camp and to this point, we all believed it was a calf issue. Colts' owner Jim Irsay shed more light on what that injury really is during an interview on SiriusXM NFL, defining the injury as related to a bone issue.

That bone, the os trigonum, is not believed to be the problem after all.

Colts general manager Chris Ballard held a conference call with reporters Tuesday evening to further discuss Luck's injury. He said after Irsay spoke about the injury, the team discovered "that doesn't appear to be the issue and we shifted our focus to another area."

Ballard said two months after an MRI revealed a calf strain in March, Luck was still experiencing pain in his lower calf, so he visited a specialist for treatment. When training camp opened, the team decided to work the quarterback back from the injury slowly.

On the third day of camp, the pain remained, so the team shut Luck down. After further exploration, Ballard said the injury appears to be a high ankle issue and Luck will continue to rehab.

"He went and saw a specialist and it led us to the area of the front of the ankle that needs to be addressed," Ballard said.

For what it’s worth, #Colts Chris Ballard is a straight shooter. I believe him on the Luck issue. He values the truth and knows the paying customer deserves the truth. Luck has 3 1/2 weeks before it really matters. Let’s exhale. @WTHRcom

Ballard said Luck will not need surgery on the ankle, but will likely not play during the preseason. However, he was "not ready to say" if Luck is in jeopardy of missing games when the regular season kicks off next month.

Regardless of when Luck is ready to return, Ballard said the Colts are ready to start the season with backup Jacoby Brissett.

"This not 2017," Ballard told reporters, referring to the season Luck missed due to injury. "We also have another quarterback that we like in Jacoby Brissett. So to me that’s part of building a team, you’ve got to be able to handle when things don’t go the way you planned them out to be."

The Colts had Tuesday off before starting practice against the Cleveland Browns on Wednesday. The teams will workout together at Westfield's Grand Park, then meet at Lucas Oil Stadium Saturday in the second preseason game for both teams.