It's summer time and as everyone plans their vacations, Colts quarterback Andrew Luck is busy working summer camps. 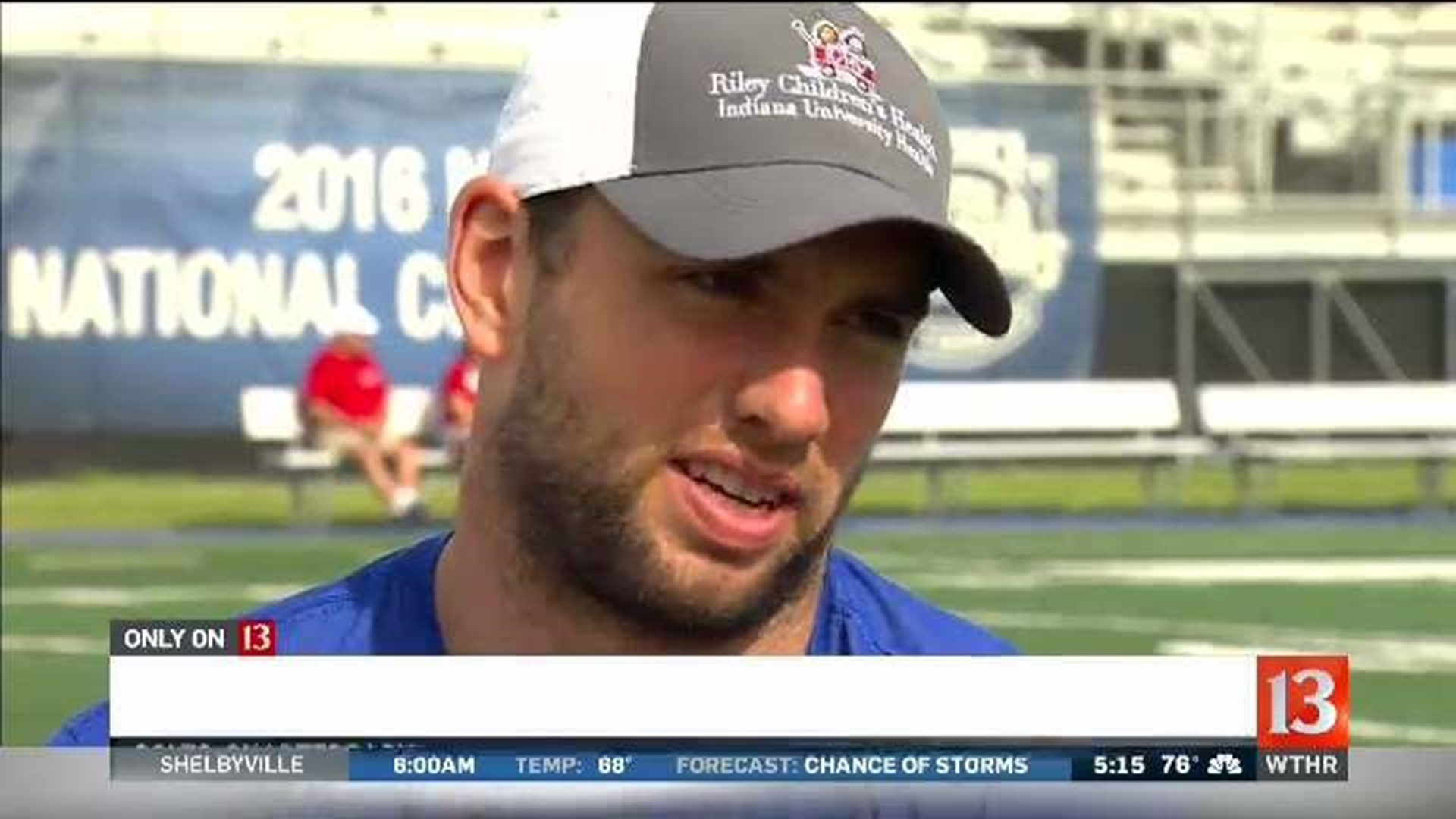 Luck was in Fort Wayne Monday for the fifth "Change The Play" kids camp with Riley Health at the University of St. Francis. While the quarterback could be on a beach relaxing or making vacation plans, he said it's important to give back to the children.

"Absolutely. It really is. One, I've always enjoyed being around kids. I think as professional athletes we have a platform and we can have a positive message, a negative message, some type of message comes off of that and so I'm thrilled to still be partnering with Riley Health on this and try to have a positive impact on some kids," Luck said.

For more than a year, Colts fans have watched Luck's rehabilitation from injury closely, wondering if he was ready to start throwing again. He threw some during the team's recent OTA workouts and was back at it tossing passes to campers Monday.

"I feel great. Right on the path I want to be. I'll be out here throwing at some kids today, hanging out, it's been a long winding road, certainly some parts have been very, very frustrating. But I'm sort of done looking back and looking forward and I feel very, very optimistic. I'm so excited for this season, excited for this season and excited to be a Colt," he said.

"I'm convinced I'll be ready for training camp, but I'm not going out throwing 150 balls a day. There will be a plan. I've talked with Coach (Frank) Reich and our medical staff and training staff and I feel very, very confident about that plan. The goal obviously is to play each game as best I can," Luck said.

Now 28, Luck said he doesn't feel like he's "racing against the clock," even after losing an entire season last year.

"I don't. While the year...this past year, maybe in some respects was lost, I know I learned so many things and was challenged in ways that will make me better going forward," Luck said.

But with another NFL season around the corner, Luck is using his time sending a message to the youth of Indiana.