Colts defensive back Kenny Moore and 8-year-old Mason Garvey are proving that age is nothing but a number. The two are 15 years apart but have formed a close friendship. 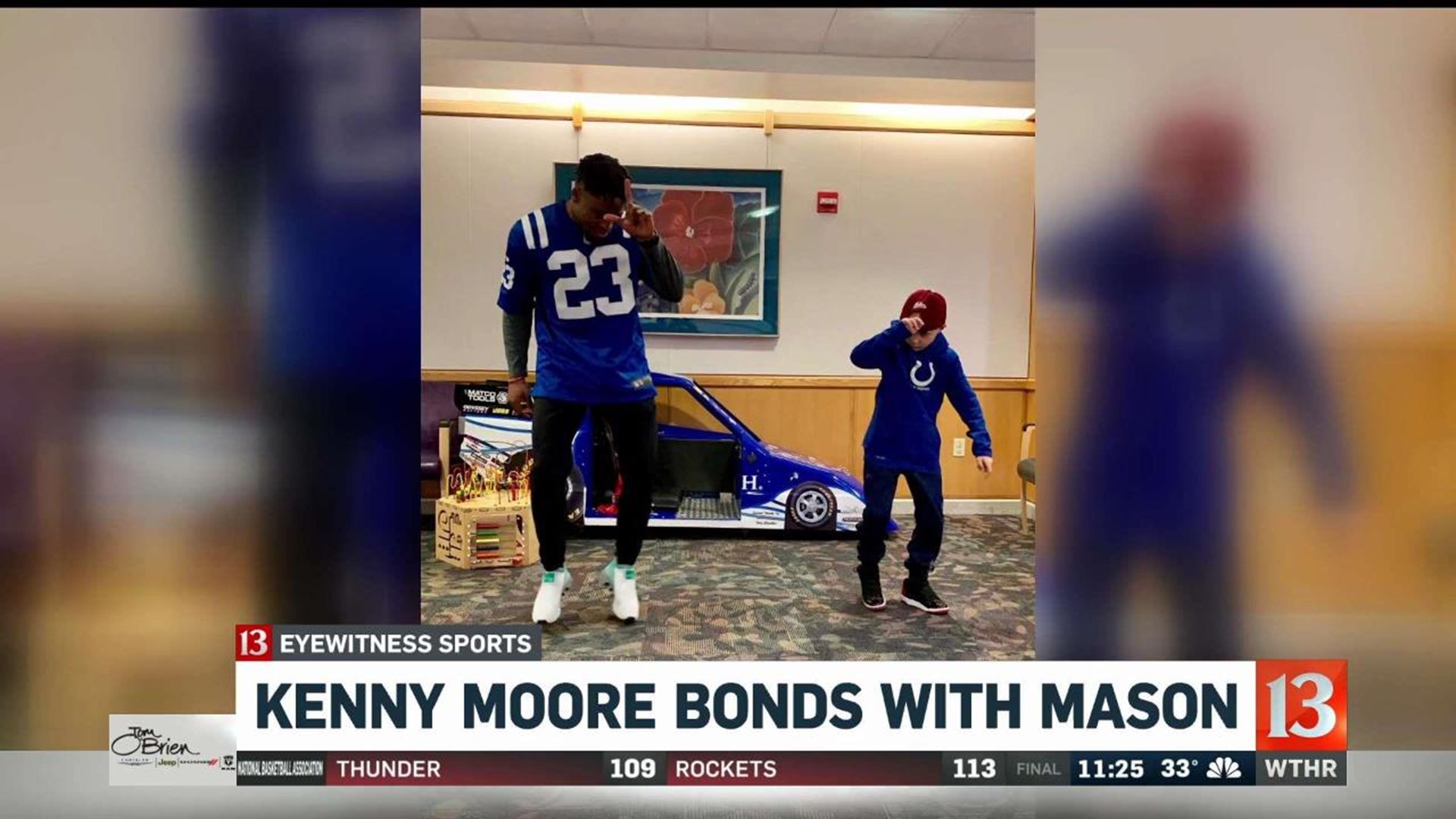 INDIANAPOLIS (WTHR) – Colts defensive back Kenny Moore and 8-year-old Mason Garvey are proving that age is nothing but a number. The two are 15 years apart but have formed a close friendship.

Mason is currently battling stage 4 Embryonal Rhabdomyosarcoma. In November, Moore made a trip to Riley Children's Hospital to visit Mason after his chemotherapy.

"To begin with he was quiet and shy. He wasn't in the mood because he was going through chemo that day," Moore recalls. "But as time went on, he began to lighten up. He's like I guess this guy does play for the Colts."

The two became fast friends, sharing dance moves and playing football in the hallway of the hospital.

"It's crazy a little kid could go through that so meeting Mason. He touched my heart as soon as I looked at him," Moore says with a smile. "Long story short, we became buddies. I gave him my number so he can always hit me up. He's pretty cool."

When the Colts hosted the Cowboys and Giants in back-to-back weeks, Mason got the chance to stand on the sideline as the team warmed up before the game.

Both times, he wore his number 23 Kenny Moore jersey complete with a signature on the back.

Moore even made sure to spend some time with Mason in between drills.

"I can't even like express the feeling just seeing him. He's just looking around and I see him with my jersey on and his dad is pointing at me. It's a better feeling than seeing my friends in the stands," said Moore.

Moore even wears a bracelet with the words "Mighty Mason" written in bold black letters. The second-year defensive back says Mason puts the game into perspective for him.

"You cant take it for granted. I'm pretty sure he wants to play football so badly and on this level. Unfortunately, he has things he cannot control," says Moore. "Whenever I see him and whenever I walk away, I told him I had him today. I said "I got you Mason" and as soon as we did our handshake I was just like Lord, bless that kid. He can't control what he's going through and I told myself to play hard for him."