Coach Tom Allen has agreed to a new seven-year contract and IU will pay him an average of $3.9 million per year. 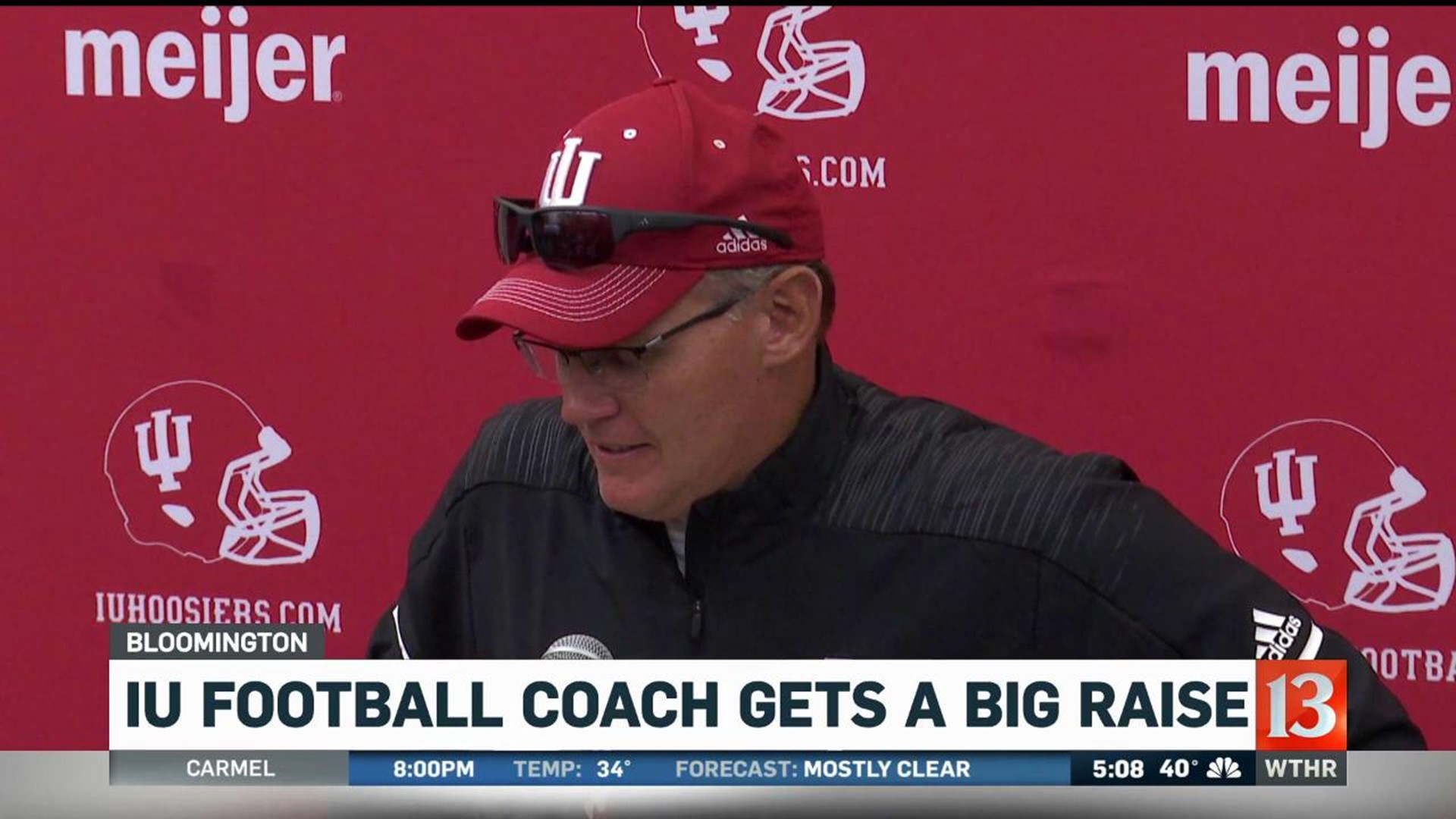 BLOOMINGTON, Ind. (WTHR) – Indiana University announced Friday that coach Tom Allen has agreed to a new seven-year contract that pays him an average of $3.9 million per year.

"When I hired Tom to be our head football coach," Vice President and Director of Intercollegiate Athletics Fred Glass said in statement released to media, "I said I was doing so because he is a leader of men who is demanding without being demeaning, and a proven, successful coach on a national scale with deep Indiana ties who cares about his players, and they care back." said Glass. "I believe the future of Indiana Football is in great hands."

"I am humbled and thankful that President McRobbie and Mr. Glass continue to believe in our staff and the winning culture that we are creating," Allen said. "I love our staff and appreciate their tireless efforts as we continue to build this program into a winner, the right way.... was born a Hoosier, raised a Hoosier and I am thrilled with the opportunity to remain a Hoosier for a long, long time to come."

IU President Michael A. McRobbie added, "We are extremely confident we have the right person at the helm to lift IU football to new heights."

Contract details are still being finalized. and will be released once it is complete.

Allen and Glass plan to comment further about the new contract when the team convenes Sunday, Dec. 8 to learn which postseason bowl the Hoosiers will attend.

The Hoosiers are coming off their best regular season in 26 years at 8-4 before their bowl game.

The win over Purdue to close the regular season was IU's fifth Old Oaken Bucket win in seven years.