Purdue basketball puts on a really good show at Mackey Arena this season as the Boilermakers chase a Big Ten title, but the show really starts when the lights go out before the game and fans hold up their smartphones. 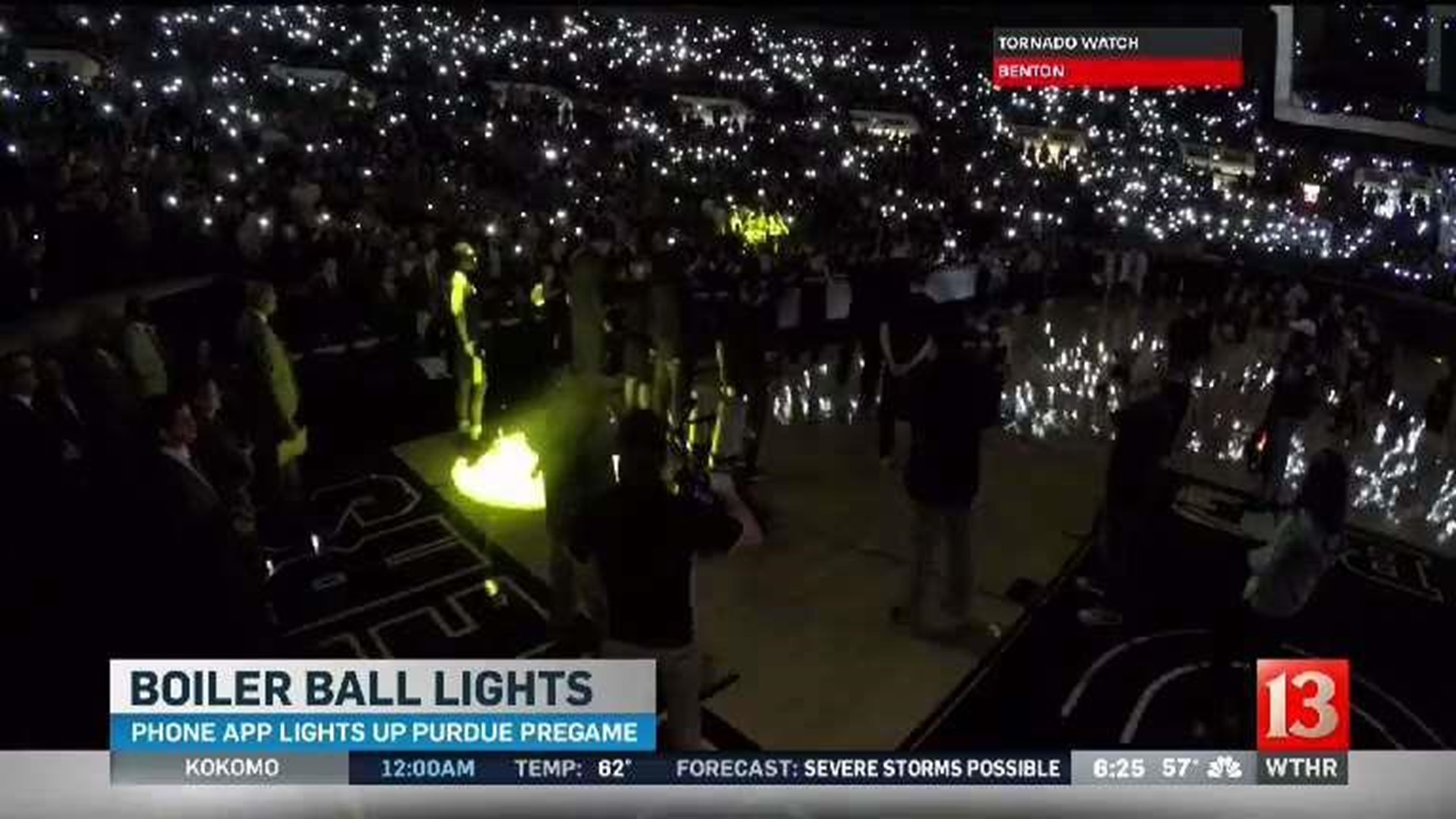 WEST LAFAYETTE, Ind. (WTHR) – Purdue basketball puts on a really good show at Mackey Arena this season as the Boilermakers chase a Big Ten title. The show really starts when the lights go out before the game and fans hold up their smartphones. The BoilerBall Lights phone app from Omaha-based Q Raider Technologies turns a darkened Mackey Arena into a synchronized by section pregame introductions light show.

"The Purdue fans have been really receptive," said 23-year-old Jameson Radar, the lead developer and co-founder of Q Raider Technologies. "In fact, they've kind of become our poster child for how this technology can light up the pregame atmosphere and just make it all that more fun."

After the opponent’s starting lineup is introduced, the lights in Mackey Arena go out. A prerecorded video featuring Purdue players and coaches plays on big screen scoreboard as music pumps through the arena. 14,000 fans, most with their phones flashing to the words and music, stand and shout along.

"It definitely hypes you up when the place gets really dark and you see the flashing," said Purdue junior center Isaac Haas. "It kind of adds to that tense build-up inside you. It just makes you really hype. It's really fun."

Fans simply download the app from the iPhone app store or Google play to their phone. They open the app right before pregame introductions start and select their seat section. After that, the phone flashlight takes over.

Headed to #WestLafayette for #iubb vs #Purdue. 6:20 pm story #WTHR on the awesome @BoilerBall app that lights up pregame. pic.twitter.com/yfG0H9gcSB

"So it's listening to the music and it says, 'oh ok.' The phone actually has better hearing than we do," said Radar, a Northwestern graduate. "So it can hear these high pitched sounds that humans can't hear."

"This is home to 22 Big Ten Championships," Gene Keady announces on the video boards.

The crowd cheers and the phone lights respond like fireworks.

"Starting for Purdue as the official 6th man, the Paint Crew," the PA announcer acknowledges the student fan section.

Q Raider Technologies started the apps with minor league hockey teams. The product has been available for about a year and is already working with about 30 colleges across the nation and the NCAA wrestling and hockey championships. The company’s first international venture is a phone app for a cricket game in Australia. Radar hopes to have the chance to develop a light show app for the NCAA Final Four or a Super Bowl in the future.