Credit: AP
Washington Wizards' Russell Westbrook waves to fans as he leaves the court following an NBA basketball game against the Indiana Pacers, Saturday, May 8, 2021, in Indianapolis. Washington won 133-132 in overtime. (AP Photo/Darron Cummings)
Author: The Associated Press
Published: 7:19 AM EDT May 9, 2021

INDIANAPOLIS — Russell Westbrook tied Oscar Robertson’s NBA record for triple-doubles with 181, finishing with 33 points, 19 rebounds and 15 assists, and made two free throws with a second left to give Washington a 133-132 overtime victory over Indiana Saturday night.

Westbrook also blocked the Pacers' final shot. He has 35 triple-doubles this season and is averaging a triple-double for the fourth time.

Bradley Beal scored 50 points to help the Wizards move into the No. 9 spot in the Eastern Conference, a half-game ahead of Indiana.

Domantas Sabonis led the Pacers with 30 points, 13 rebounds and 13 assists, and Caris LeVert had 35 points and 14 rebounds. 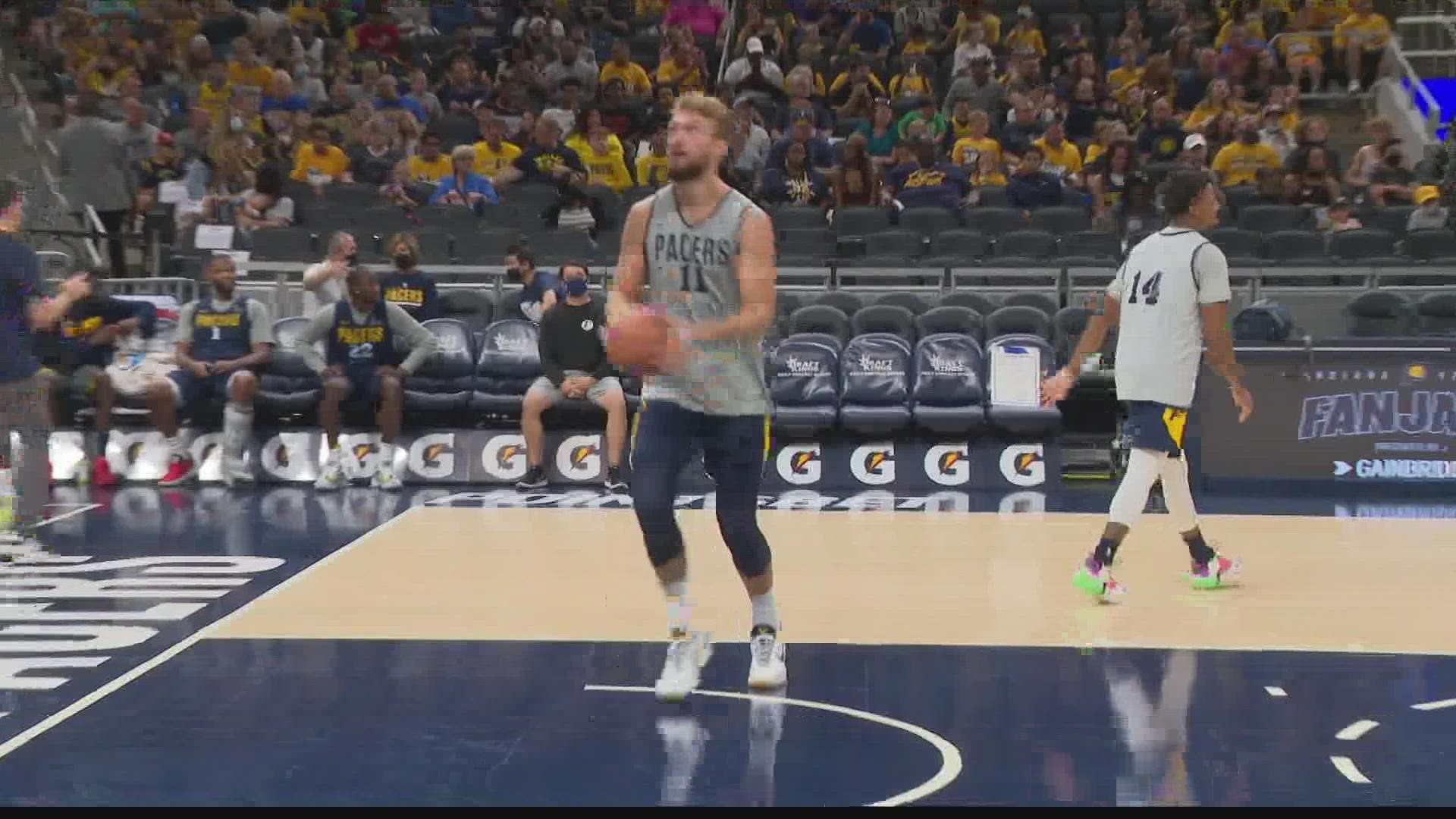