The lawsuit also stated Kobe's death was "a direct result of the negligent conduct of (Ara) Zobayan." Zobayan was piloting the helicopter at the time of the crash and also died. 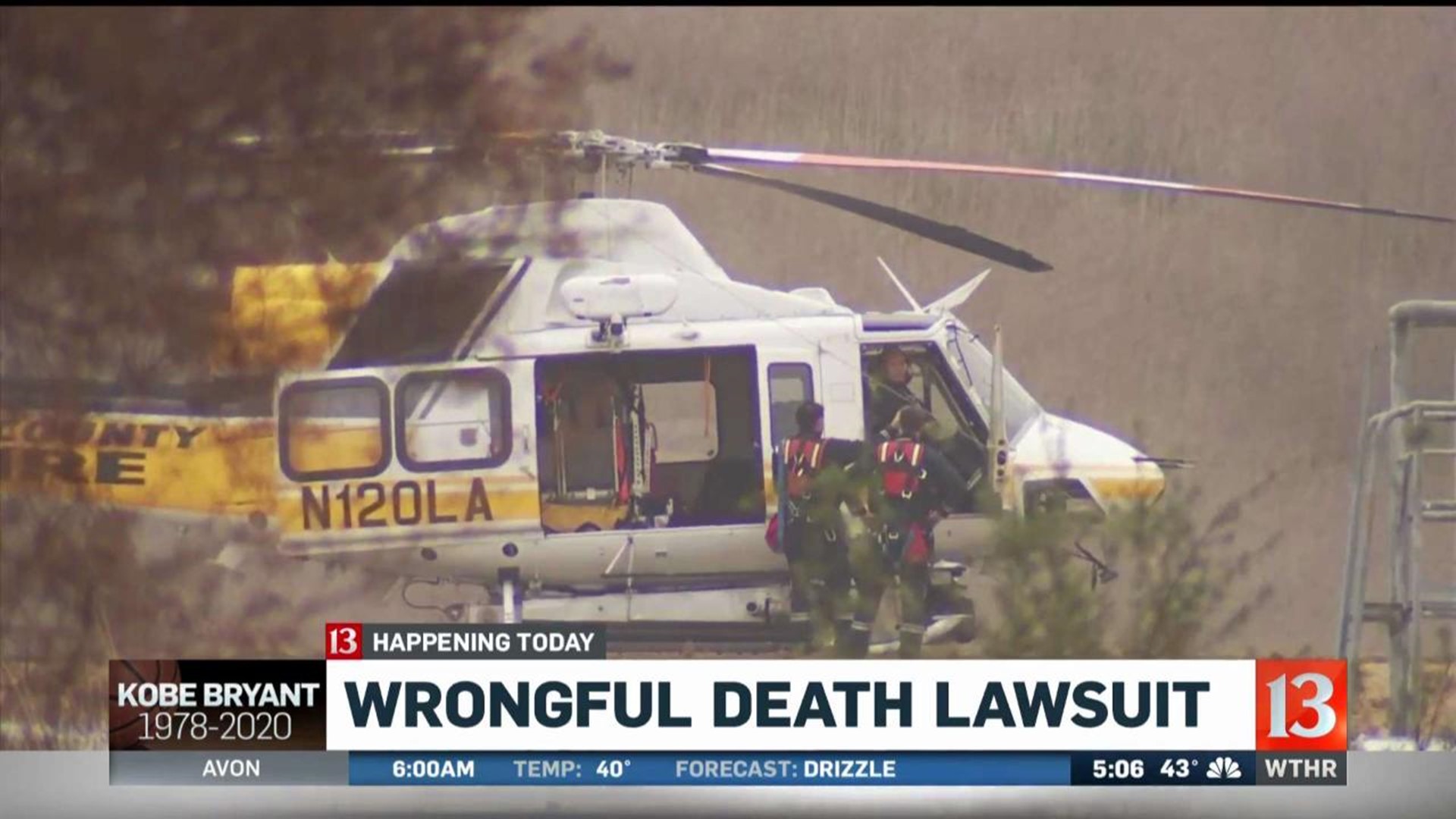 LOS ANGELES (TEGNA) — Vanessa Bryant has filed a wrongful death lawsuit against the company that operated the helicopter that crashed last month, killing her husband Kobe Bryant, her daughter Gianna and seven others.

The news comes the same day as thousands of mourners gather for a sold-out event at the Staples Center to honor the basketball superstar and the other victims of the crash. The arena is home to the Los Angeles Lakers, the team Kobe played on for two decades.

According to the Los Angeles Times, the 27-count complaint against Island Express Helicopters and Island Express Holding Corp. alleges the company was negligent and breached its duty.

The lawsuit also stated Kobe's death was "a direct result of the negligent conduct of (Ara) Zobayan." Zobayan was piloting the helicopter at the time of the crash and also died.

The wrongful death lawsuit says the pilot was careless and negligent by flying in cloudy conditions Jan. 26 and should have aborted the flight.

A Federal Aviation Administration enforcement record says Ara Zaboyan was counseled in 2015 after he strayed into Los Angeles International Airport space after being denied permission to cross because of reduced visibility. The FAA record says Zobayan admitted and took responsibility for the error.

A report from TMZ says the lawsuit claims Zobayan failed to properly monitor the weather prior to take off. The helicopter was only allowed to fly under visual flight rules, and the weather conditions the day of the crash did not meet those standards.

The lawsuit seeks general damages, economic damages as well as punitive damages, according to the LA Times.