Ryan Basch was down on one knee in front of his now-fiancée Katie Ryan on a southern California beach when the three-time NBA champion walked by. 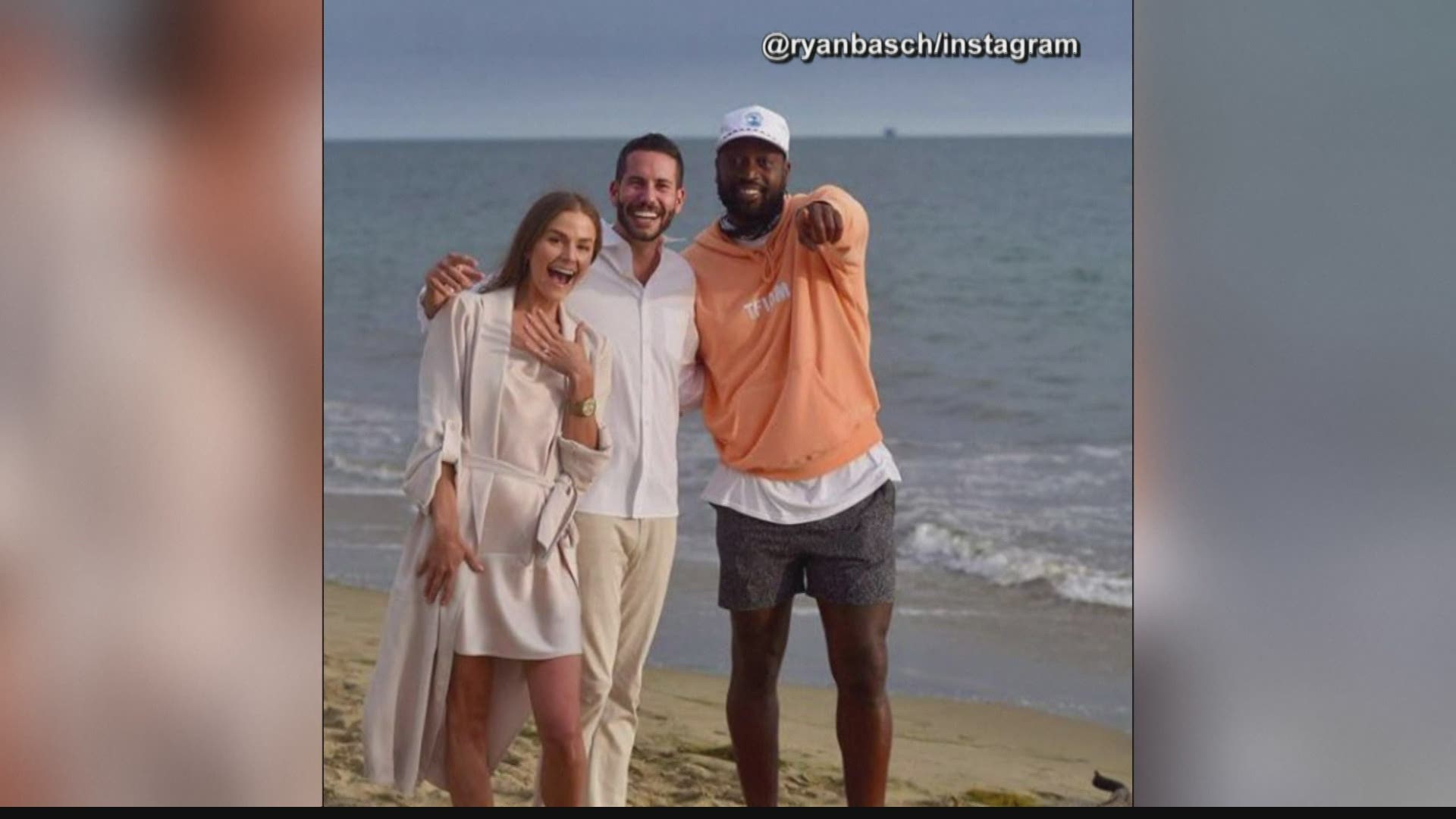 MONTECITO, California — And now for a “happily ever after” featuring former NBA star Dwyane Wade.

Ryan Basch was down on one knee in front of his now-fiancée Katie Ryan on Rosewood Miramar Beach in southern California when the three-time NBA champion accidentally photobombed the proposal.

The series of Instagram photos show Wade taking a sunset stroll then putting his hand on his heart in awe when he realized what he was witnessing.

He then decided to join in on the couple's photo shoot.

Wade responded to Basch's Instagram post, "It was dope to witness you guys love! I need y'all marriage to work, it's now on my conscious."

Talk about a slam dunk ending to a fairy tale love story.