The Indiana Pacers are getting their all-star back. 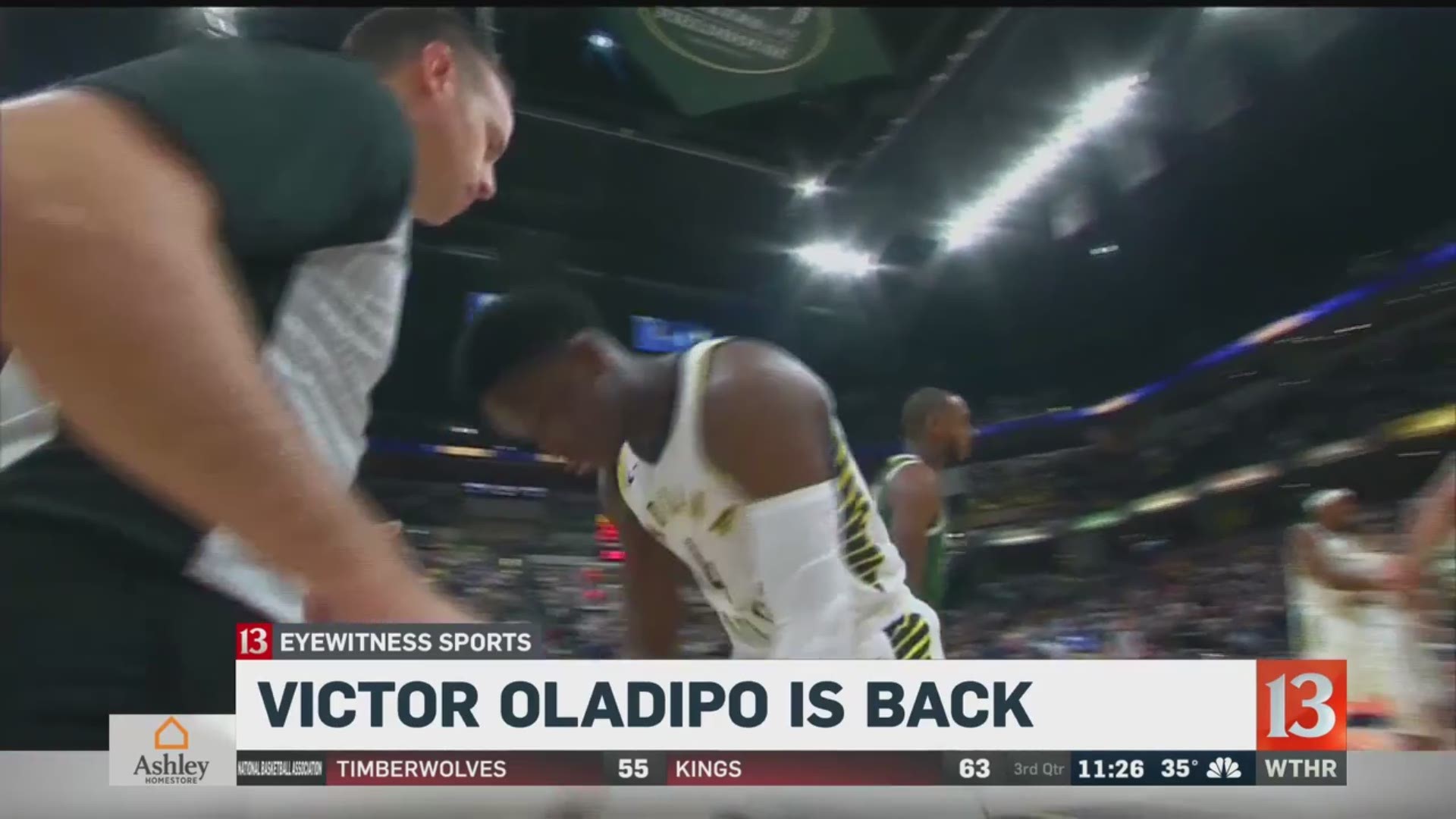 INDIANAPOLIS (WTHR) - The Indiana Pacers are getting their all-star back.

The team tweeted Wednesday afternoon guard Victor Oladipo is "available to play" after missing 11 games with a sore right knee. Oladipo last played in a game November 17, when he played just five minutes in a home win over Atlanta.

In the injury report for tonight's game against the Bucks, Victor Oladipo is available to play. pic.twitter.com/Pe3GWnJPU7

Head coach Nate McMillan said Oladipo will start for the Pacers, but will play limited minutes.

Coach McMillan says Victor Oladipo will start tonight but will be on a minutes restriction. pic.twitter.com/Pge8sViAAu

Oladipo is averaging 21.4 points and more than six rebounds per game this season. The Pacers were 7-4 in his absence and have won their last four games.