The trade will bring Brooklyn Nets guard Caris LeVert to the Pacers. 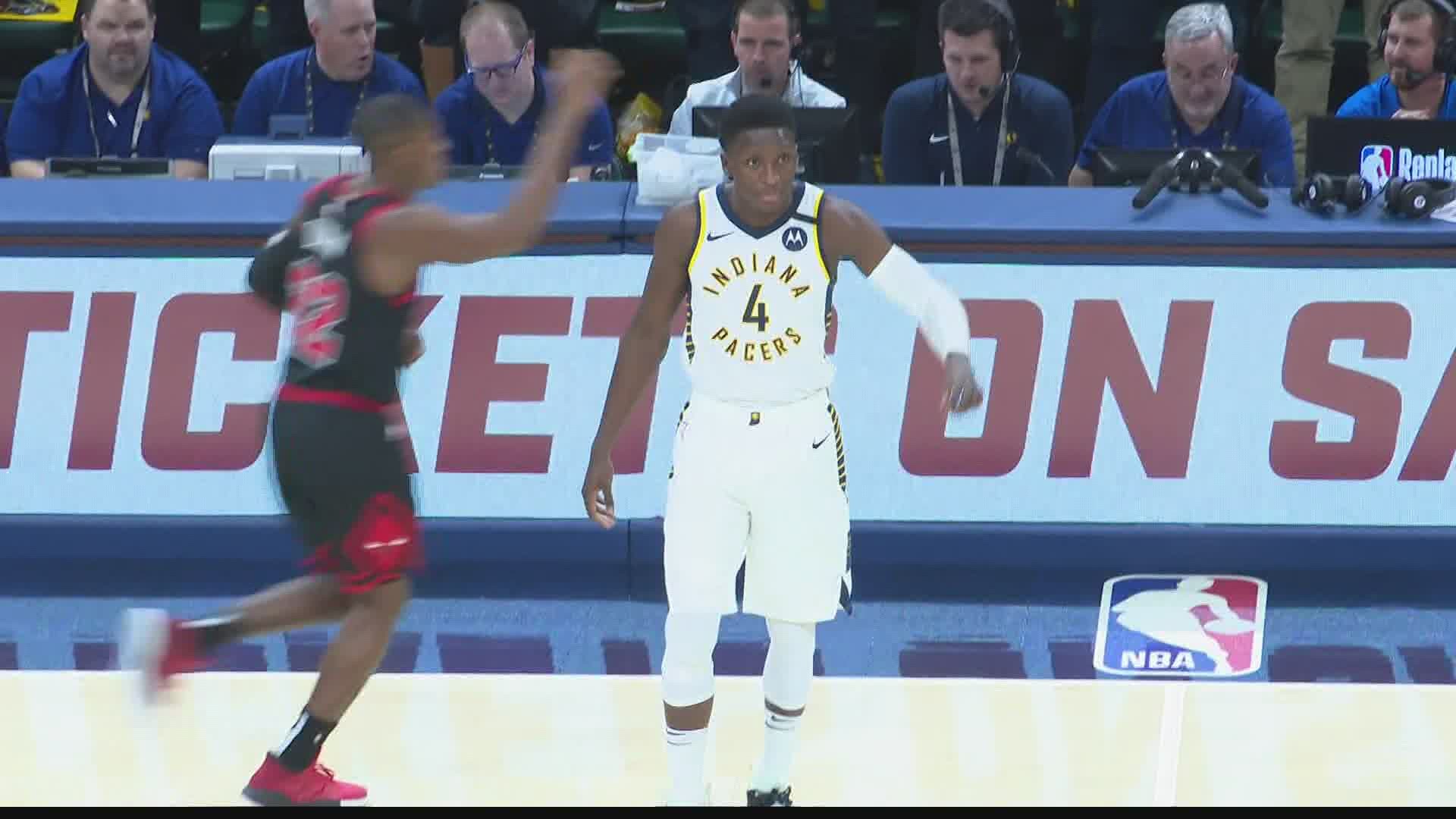 INDIANAPOLIS — Pacers star Victor Oladipo is being traded to the Houston Rockets, according to NBA insider Shams Charania.

Charania tweeted the news Wednesday afternoon. It's part of a deal involving Caris LeVert, who currently plays for the Brooklyn Nets and will join the Pacers, and James Harden, the current Rockets guard who will go to the Nets.

The Pacers will also get a second-round draft pick in the deal.

“I think the first thing everybody thought and felt with the trade was sadness,” said Tony East, who covers the Pacers and hosts the Locked on Pacers podcast.

East said while disappointing, trading Oladipo was not altogether surprising.

“No one knew if he would be on the team long-term. There had been tons of reports of him potentially being on the move and wanting to be on other teams than Indiana,” said East.

While the Pacers lose an all-star, East feels this is not a bad trade for Indiana.

“Caris LeVert is definitely talented. He is averaging north of 18 points per game this year,” said East. “Maybe he can do the same thing. He is about the same age Oladipo was when he came to Indiana. We all saw Oladipo transform his body and take off. Maybe LeVert can do the same."

The Pacers will also get a second-round draft pick in the deal.