The Pacers have lost three of their last four games. 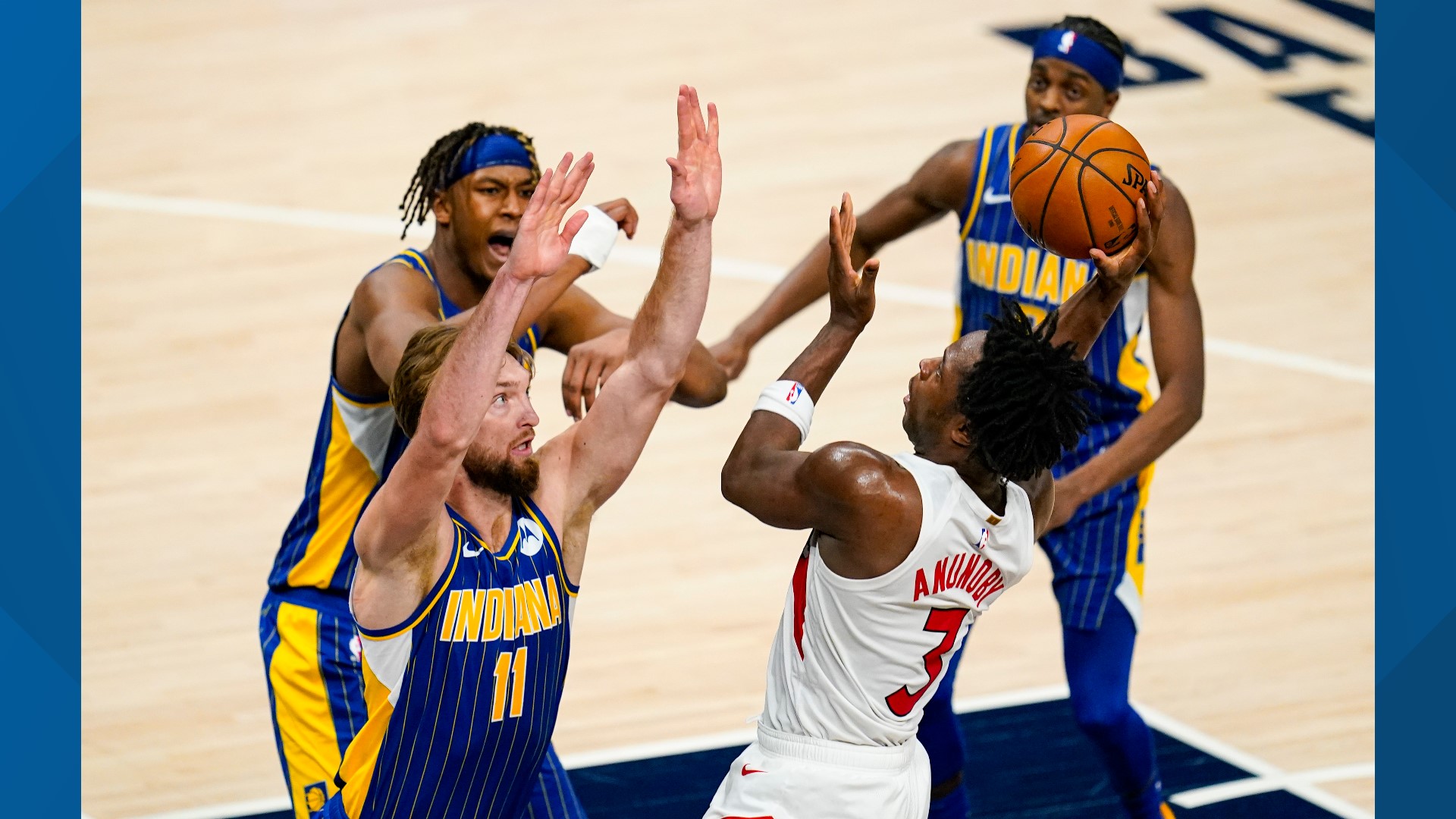 INDIANAPOLIS — OG Anunoby scored a season-high 30 points and made three free throws in the final minute to break a tie and help the surging Toronto Raptors beat the Indiana Pacers 107-102.

The Raptors have won two straight and five of their last six. They played this one without injured All-Stars Kyle Lowry and Pascal Siakam.

Myles Turner had 25 points and six blocks to lead the Pacers, who have lost three of four.

Toronto took control midway through the second quarter and extended the lead to 58-47 at the half.

After Indiana took two brief leads early in the fourth, the Raptors broke an 82-all tie with an 8-0 run and hung on.

The Pacers (9-7) will look for revenge against the Raptors (7-9) at Bankers Life Fieldhouse Monday night at 7 p.m.