Phase 2 and 3 will bring renovations to the upper levels and then outside the Fieldhouse over the next two years. 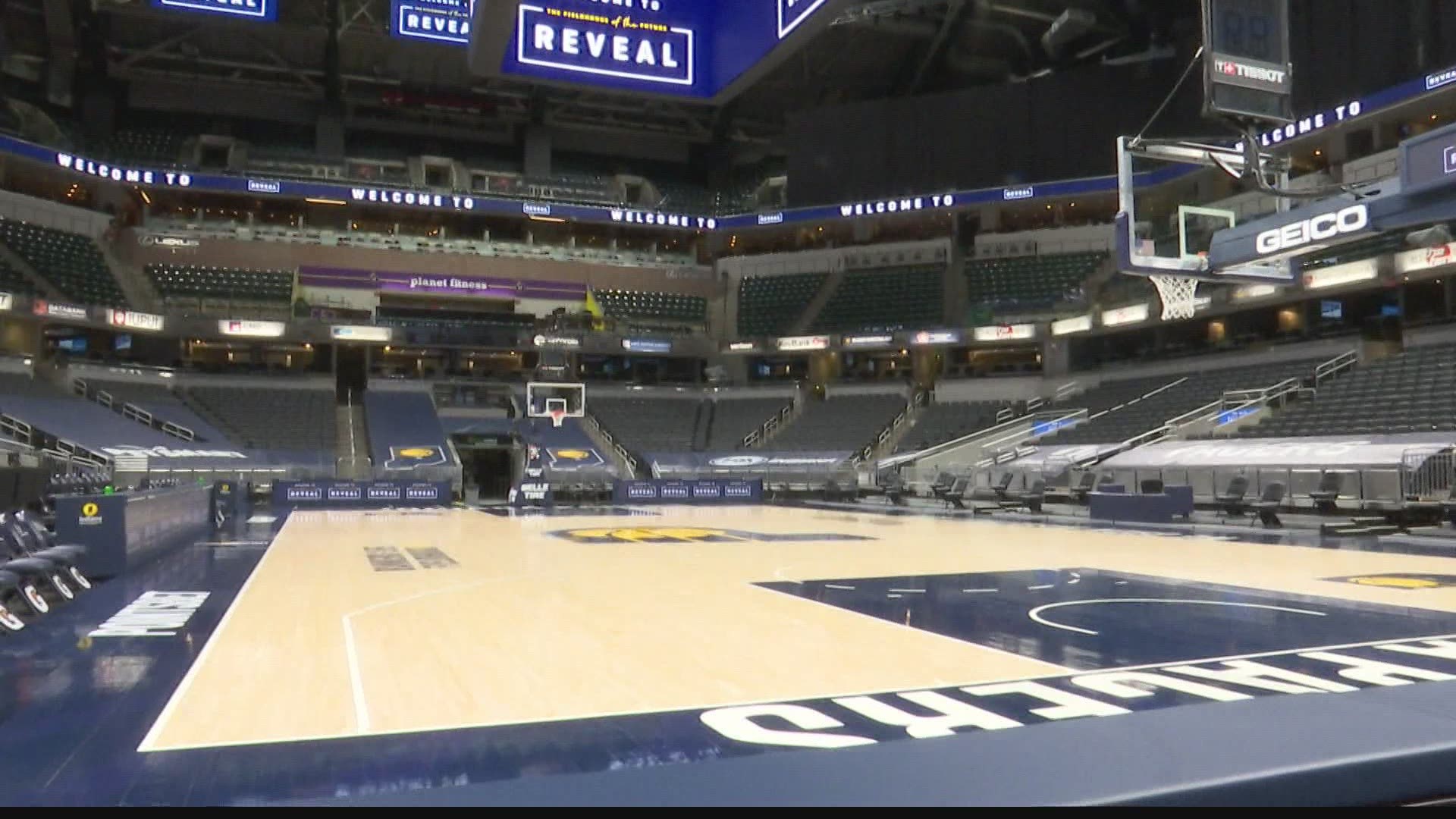 INDIANAPOLIS — From the outside, Bankers Life Fieldhouse doesn't look much different than when it opened back in 1999. But inside, the Fieldhouse has undergone major renovations while the pandemic shut down the building for much of 2020.

Indiana Pacers tickets went on sale this week to the general public. Fans returning in limited numbers (about 1,000 tickets for games Sunday and Monday vs. the Toronto Raptors) will see the Fieldhouse of the future.

"We started with the best basketball building in the country and through these renovations I think we're adding a lot of amenities that fans of every generation will enjoy,” said Mel Raines, Pacers Sports & Entertainment Executive Vice President for Corporate Communications, Community Engagement, and Facility Operations. “We're making something that's great even greater. It's just going to be a fantastic experience when people come back."

The first of three phases of renovations is complete, starting at event level and working up the building. Gray seats have replaced the green ones in the lower bowl. The huge center scoreboard has all new LED screens, including underbelly screens for fans sitting closer to the court.

The Fieldhouse closed to fans in March due to the pandemic. But in some ways, that helped speed up the construction and renovations that fans are just now returning to the arena to enjoy.

"COVID-19 presented some challenges early in the project back in March when we were first starting,” said Raines. “But honestly, there were a lot of silver linings for us. So, not having guests until early December enabled us to add a little bit more scope into Phase 1, including the scoreboard. And it enabled us to be sure that we could get as much done as possible with a few early supply chain issues. Obviously, the world was impacted greatly back in the spring and it took a couple of months to bounce back. But all in all, we’re exactly where we hoped to be."

The DataBank Courtside Club for fans sitting closest to the action is updated and more exclusive. Two sideline clubs were added under the lower level. The PointsBet Hardwood Club includes part of the Pacers court from Market Square Arena on one wall and honors Indiana’s classic gymnasiums. It feels like a sports bar. The '67 Club on the other sideline is a tribute to the year the Pacers joined the ABA. The club has a speakeasy atmosphere with art and photographs from when the team played at the Indiana State Fairgrounds Coliseum.

The lower level KeyBank suites are completely updated and modernized. Ten suites were added along with two new loge terraces.

The Indiana Fever have a new locker room, weight room and film room, all built underneath the new Salesforce practice court, which was raised up to street level.

Phases 2 and 3 will bring renovations to the upper levels and then outside the Fieldhouse over the next two years.

"Think about this,” said Rick Fuson, Pacers Sports & Entertainment president and chief operation officer, "we tore down the Hoosier Dome after 25 years. We tore down Market Square Arena after 25 years. And this building, we just started, I think, our 22nd season. So, it's going to be here for a long time and another generation."

Phase 2 of renovations begins in March. The three-year project is funded in partnership with the Capital Improvement Board as part of the Pacers' 25-year extension of their lease on the Fieldhouse.