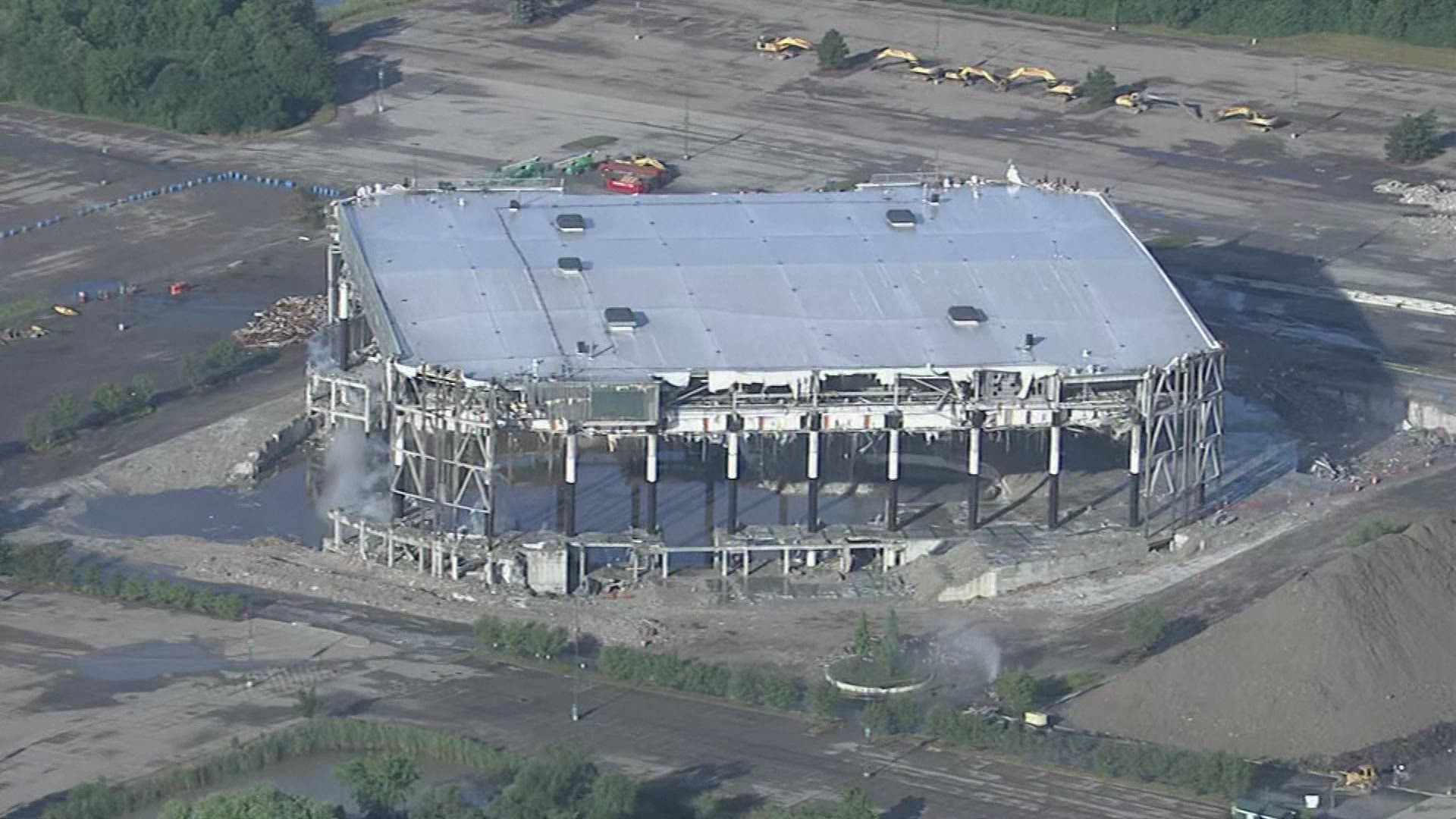 AUBURN HILLS, Mich. — The former home to the Detroit Pistons, and an infamous place in Indiana Pacers history, was demolished Saturday morning.

The Palace of Auburn Hills imploded just after 8 a.m.

The walls were already removed from the arena as dismantling began late last year. Supports were blown out with explosives causing the roof to collapse into a pile of rubble.

Pistons owner Tom Gores is working with a real estate company to redevelop the area.

The Palace officially opened in 1988 and closed its doors to the public in 2017 after Pistons moved to Little Caesar's Arena in downtown Detroit.

Malice at the Palace

The Pacers were involved in one of the worst brawls in NBA history at the Palace in November 2004. Ron Artest was suspended for the remainder of the Pacers season for going into the stands and fighting with spectators. Pacers Stephen Jackson was suspended for 30 games.

Five Pacers were criminally charged for their roles in the fighting. They were fined and sentenced to do community service after reaching plea agreements.

A fan who helped incite the fighting by throwing a cup of of liquid on Artest was sentenced to a month in jail for his role in the fighting.