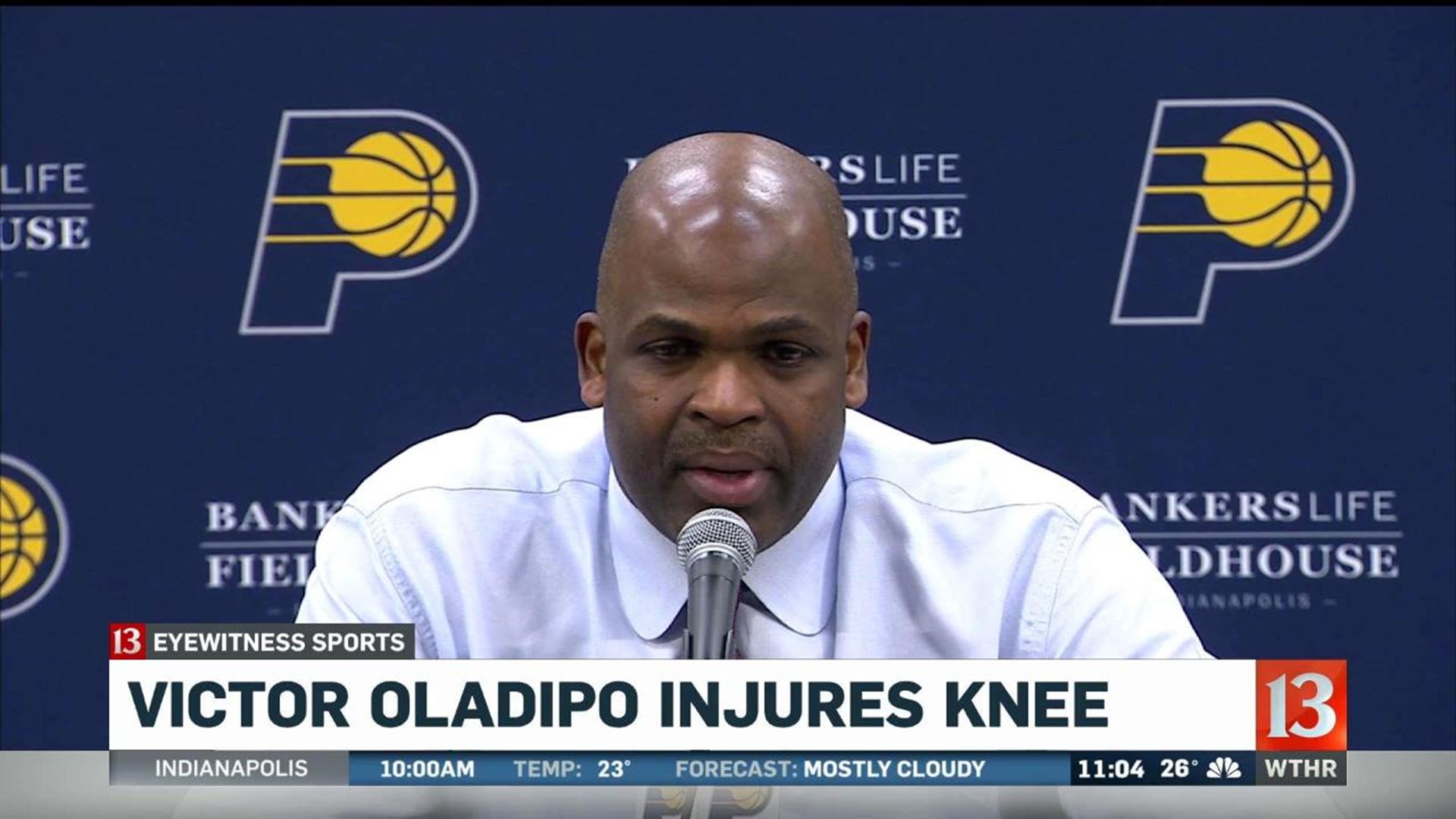 Oladipo's leg bent awkwardly as he fell to the floor while trying to disrupt an outlet pass to the Raptors' Pascal Siakam. The team announced that Oladipo will undergo an MRI on Thursday.

The magnitude of the injury was obvious quickly.

Trainers placed a towel over the leg, and players from both teams surrounded Oladipo. Fans gave him a standing ovation as he was carted off the floor on a stretcher and reporters were detoured from their normal path to the media work room while Oladipo apparently was being evaluated in the hallway.

Oladipo, with arms in the air to acknowledge the @Pacers fans, is stretchered off the court. #Pacers pic.twitter.com/F6EVsZcsId

"There's no other choice but business as usual," assistant coach Dan Burke told Fox Sports Indiana at halftime. "For 24 minutes, we have to have our focus right here. Our hearts and thoughts might be somewhere else, but we have to focus."

Preliminary exam has left Pacers with fear that Victor Oladipo has suffered a season-ending knee injury that will require surgery, league sources tell ESPN. He will undergo an MRI on Thursday.

The Pacers held on to beat Toronto 110-106. It was clear, though, that the injury was going to overshadow the rest of the game — if not Indiana's season.

Oladipo made his first All-Star Game last season after being acquired in the trade for Paul George. He is the Pacers' top scorer this season at 19.2 points per game.

Back to my positive vibes.. everybody pray for @VicOladipo !

Thinking positive thoughts for @VicOladipo, be strong and positive in this moment.. #WeCanRebuildHim

Oladipo missed 11 games earlier this season with an injury to his right knee. He is averaging just over 19 points and nearly six rebounds per game this season.