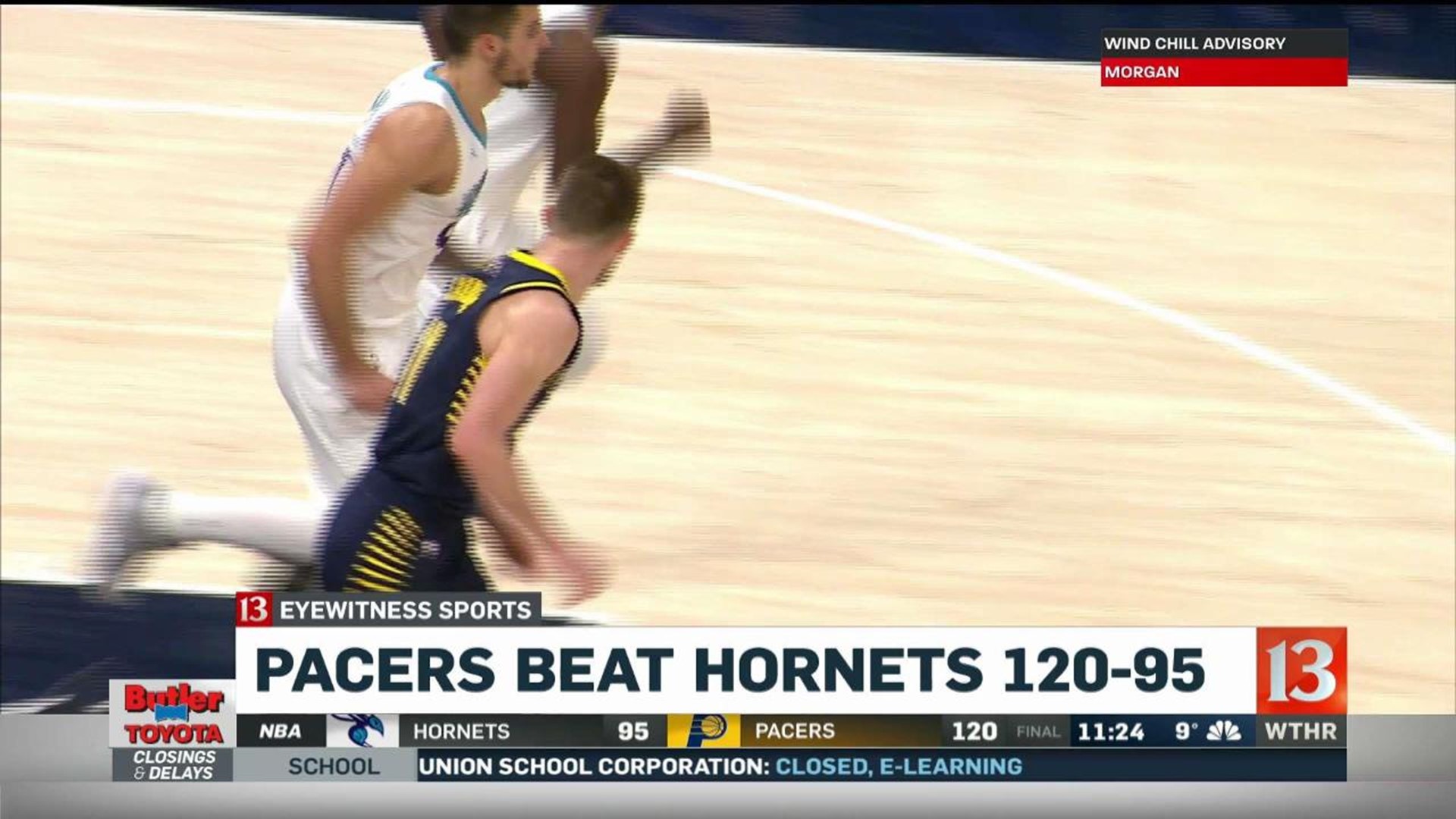 Kemba Walker had 23 points to lead the Hornets, who had a three-game winning streak snapped. Malik Monk finished with 11 points off the bench for Charlotte, which never led after Collison's 3-pointer midway through the first quarter.

It didn't take Indiana long to start pulling away.

In the second half, the Pacers repeatedly fended off Charlotte.

The Hornets got as close as 77-71 when Miles Bridges made his second straight 3 late in the third, but the Pacers scored six straight to close out the quarter and sealed the victory with a 7-0 spurt to make it 99-81 with 6:46 to go.

Hornets: Bismack Biyombo and Jeremy Lamb each had 10 points. Biyombo also had 12 rebounds. ... Walker was called for a technical foul with 1:08 left in the first quarter. ... Walker and Jeremy Lamb scored 14 of Charlotte's first 16 points. ... Former Indiana University star Cody Zeller did not play because an injured right hand. ... The Hornets were 12 of 35 on 3s.

Pacers: Myles Turner had nine points, all on 3s, 16 rebounds and three blocks. ... Bojan Bogdanovic and Domantas Sabonis each scored 16. ... Nate McMillan earned his 121st victory as the Pacers' coach, tying Jim O'Brien for ninth on the franchise's NBA victories list. ... Indiana honored the late Jimmy Rayl with a moment of silence before the game. Rayl was a two-time All-American at Indiana University and was the state's 1959 Mr. Basketball Award winner. School officials announced Rayl died Sunday at age 77.

Hornets: Visit Memphis, where they have won three straight, on Wednesday.

Pacers: Will try to avoid a three-game season sweep when Toronto visits Wednesday.