Pacers win first game since COVID-19; Oladipo in the lineup 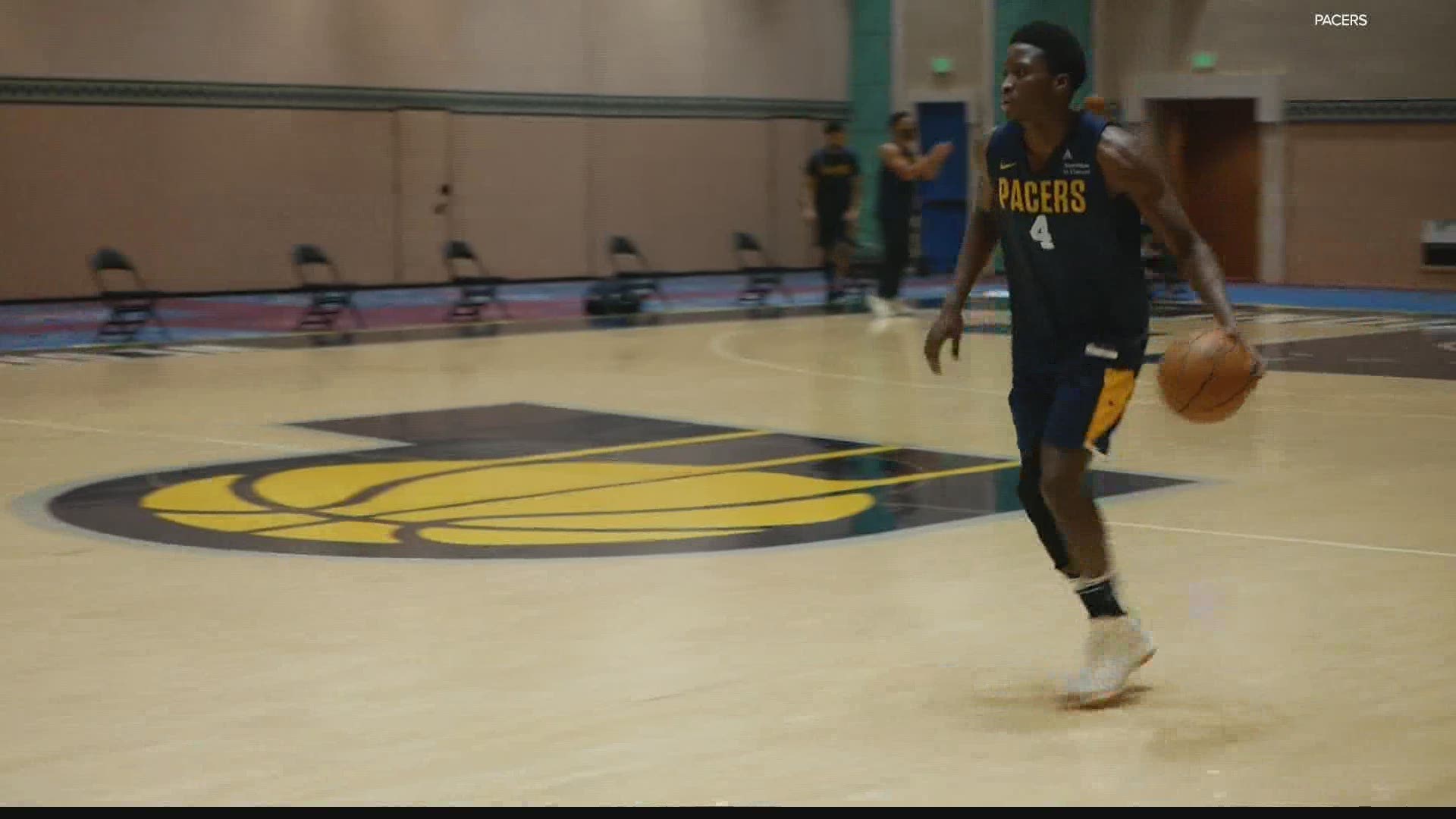 INDIANAPOLIS — Victor Oladipo was on the court -- without fans in the arena to cheer him on.

Coach Nate McMillan confirmed ahead of the 7 p.m. game against the Philadelphia 76ers that Oladipo is in the lineup and will be playing.

Oladipo was out to recover from a ruptured quad tendon he suffered 36 games into last season, and he returned to the court back in January.

However, Oladipo’s status for bubble play has been in question since the NBA announced plans to resume play amid the COVID-19 pandemic.

This was the first Pacers game since the pandemic. Fans were not in attendance, but some made an appearance virtually.

The Pacers shared photos of some new jerseys that will be seen during the game. They include phrases like "Black Lives Matter" and "I Can't Breathe."

T.J. Warren was on fire for the season opener with a career-high 53 points.

The Pacers returned to action with a 127-121 win over the Philadelphia 76ers, taking control of the fifth seed in the Eastern Conference. The team is back at it on Monday against the Washington Wizards.