ESPN's Senior NBA Insider Adrian Wojnarowski reports that the Pacers have agreed to a free agent deal with Jeremy Lamb and Malcolm Brogdon has agreed to a four-year, $85M deal. 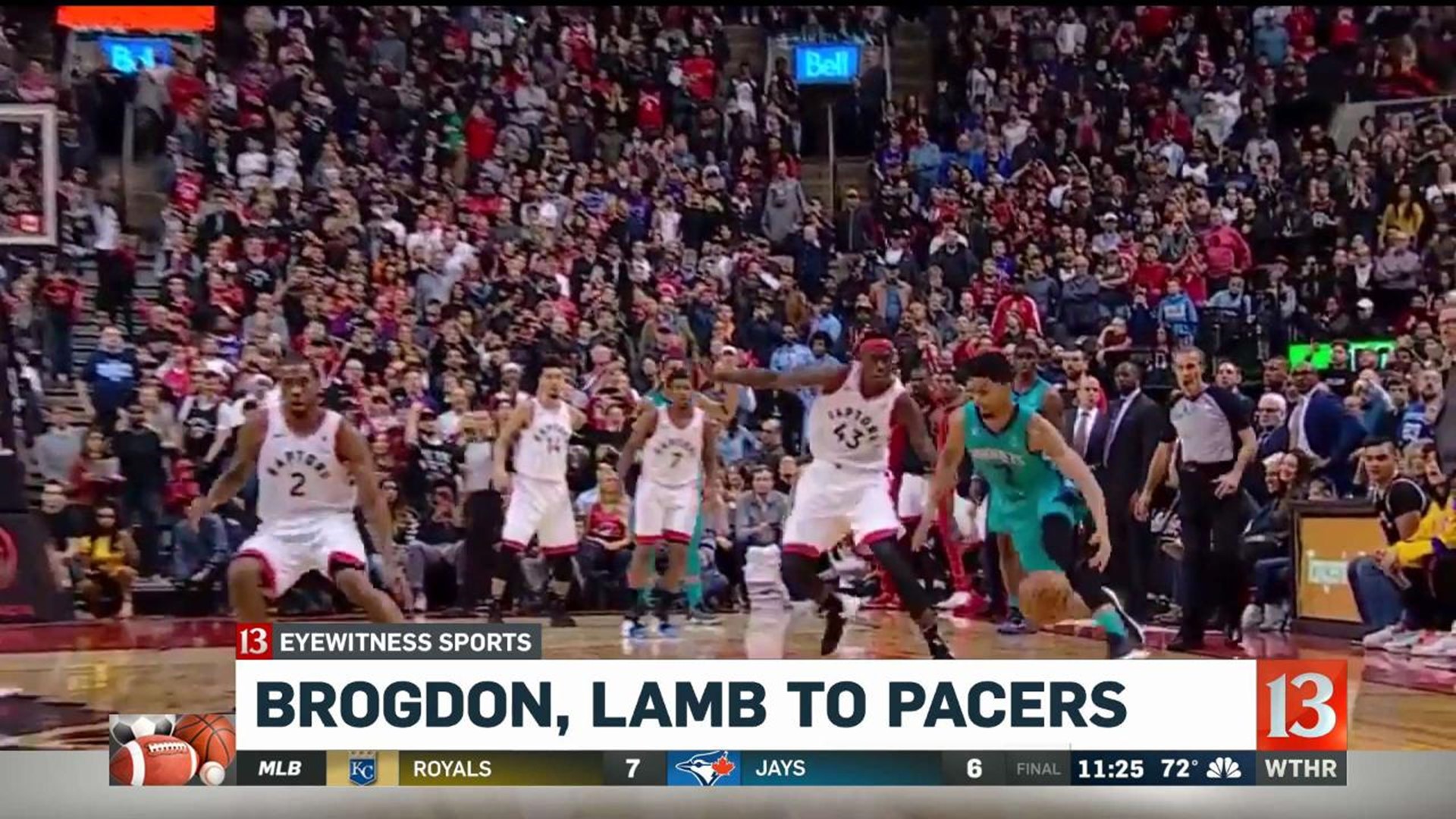 The Latest on NBA free agency (all times ET):

ESPN's Senior NBA Insider Adrian Wojnarowski reports that the Pacers have agreed to a free agent deal with Jeremy Lamb and Malcolm Brogdon has agreed to a four-year, $85M deal.

A person with knowledge of the situation says Ricky Rubio is going to the Phoenix Suns on a three-year deal worth $51 million.

Rubio was intrigued by the chance to play for new Suns coach Monty Williams and alongside shooting guard Devin Booker, said the person who spoke on condition of anonymity Sunday because the contract cannot be signed until the league's summer moratorium ends Saturday.

Rubio averaged 12.7 points and 6.1 assists last season for the Utah Jazz, with whom he spent two seasons. Rubio's first six seasons were with the Minnesota Timberwolves.

A person with knowledge of the deal says the Dallas Mavericks and Kristaps Porzingis have agreed on a $158 million, five-year maximum contract that will pair the 7-foot-3 Latvian with fellow Euro star Luka Doncic.

The deal for the richest contract in franchise history comes after the Mavericks sent a pair of first-round picks and 2017 No. 9 overall selection Dennis Smith Jr. to the New York Knicks for Porzingis in a seven-player trade before the deadline last season.

The person spoke to The Associated Press on condition of anonymity because the deal can't become official until the free agency moratorium ends Saturday.

Porzingis and Doncic, the dynamic 20-year-old Slovenian guard who was just named rookie of the year, haven't played together yet. But the Mavericks have high hopes of them making Dallas a contender again after missing the playoffs three straight years.

The 23-year-old Porzingis sat out all of last season after tearing the anterior cruciate ligament in his left knee in what turned out to be his last game for the Knicks in February 2018. The injury happened not long after Porzingis was named an All-Star for the first time.

A person familiar with the situation says Terry Rozier will be heading to the Charlotte Hornets via a sign-and-trade with the Boston Celtics.

Rozier will receive $58 million over three years, according to the person who spoke to The Associated Press on condition of anonymity Sunday because the deal is not finalized.

Rozier is part of a changing of the guard for the Hornets with the franchise's all-time leading scorer Kemba Walker agreeing to a four-year, $141 million with the Celtics.

Rozier has spent all four seasons in Boston, averaging nine points and 2.9 assists per game last season. His best year came in 2017-18 when he averaged 11.3 points per game and shot 38 percent from beyond the 3-point arc.

Rozier has started only 30 games but is now set to be the No.1 point guard in Charlotte.

A person with knowledge of the situation says the Orlando Magic are keeping both All-Star forward Nikola Vucevic and guard Terrence Ross on four-year deals that were agreed to quickly once free agency opened Sunday evening.

Vucevic will earn $100 million and Ross is guaranteed $54 million, according to the person who spoke on condition of anonymity to The Associated Press because of the league moratorium that prevents those contracts from being signed until Saturday.

Keeping those two players was Orlando's top priority in free agency. Vucevic was an All-Star for the first time last season and averaged nearly 21 points per game, a career-best. Ross also had a career-best scoring season, averaging 15.1 points off Orlando's bench.

A person with knowledge of the situation says that former Charlotte guard Kemba Walker has told the Boston Celtics he will sign a four-year, $141 million contract to join them.

The person also says that it's likely that Walker will be part of a trade that would send Terry Rozier from Boston to Charlotte on a three-year, $58 million deal. The person spoke on condition of anonymity to The Associated Press Sunday because the moves have not been finalized.

Walker spent his first eight NBA seasons in Charlotte. He would become the Celtics' replacement at the point guard spot for Kyrie Irving.

All-Star forward Kevin Durant says on Instagram that he is signing a max contract with the Brooklyn Nets.

The max deal, in this case, would be four years and about $164 million. Durant could have gotten five years and $221 million from the Golden State Warriors if he stayed with them.

Durant is unlikely to be able to play next season while he recovers from Achilles surgery. Durant says he will sign Saturday when the league's moratorium on movement is lifted.

A person familiar with the situation says Khris Middleton plans to agree to a five-year deal worth nearly $179 million to remain with the Milwaukee Bucks.

The fifth year is at Middleton's option, according to the person who spoke to The Associated Press on condition of anonymity Sunday because neither the team nor the player had revealed details publicly. ESPN first reported Middleton's plans.

Middleton was an All-Star for the first time last season, averaging 18.3 points per game for a Milwaukee team that finished the regular season with an NBA-best 60 wins.

His deal is not quite a max; he could have commanded closer to $190 million over the five years.

NBA teams can start striking deals with free agents at 6 p.m. Eastern time Sunday, with the expectation that more than $1 billion in deals should be agreed to by the end of the evening.

None of them can be signed until July 6, when the league's summer moratorium ends.

Kevin Durant, Kyrie Irving, Khris Middleton, Nikola Vucevic and Kemba Walker are among the players whose decisions are likely to be hammered out Sunday night. Kawhi Leonard's decision, certainly the most important one for the NBA champion Toronto Raptors, is not expected to come in the early flurry of announcements.

There are more than 200 free agents on the market this summer.