Pacers add depth by taking Chris Duarte with No. 13 pick in draft

At age 24, Duarte was the oldest player in the draft. 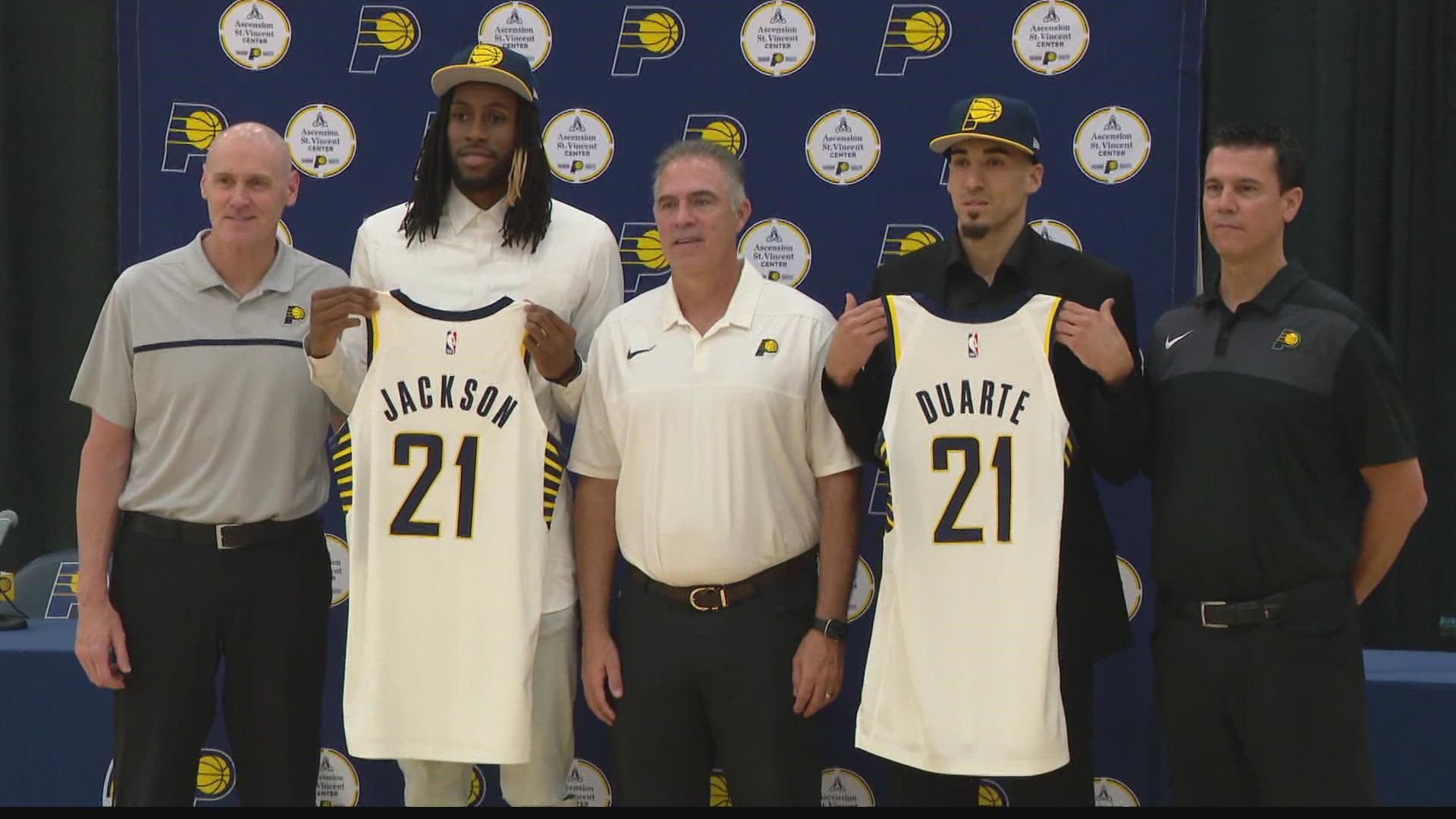 He should add scoring punch off the bench.

At age 24, Duarte was the oldest player in the draft. But he averaged 17.1 points, 4.6 rebounds, 2.7 assists and 1.9 steals in his second and final season with the Ducks.

At 6-foot-6, 190 pounds possesses the kind of size general manager Kevin Pritchard was looking to add to his backcourt.

The Pacers also acquired Kentucky's Isaiah Jackson, who was picked by the Wizards with the 22nd selection, for Aaron Holiday. The Wizards also reportedly gained the 31st pick in the draft, which the Pacers had acquired in a trade with Milwaukee. The Bucks reportedly received the Pacers' two second round selections, 54th and 60th overall.