De Silvestro is a five-time veteran of the Indianapolis 500 and was the race's 2010 Rookie of the Year. 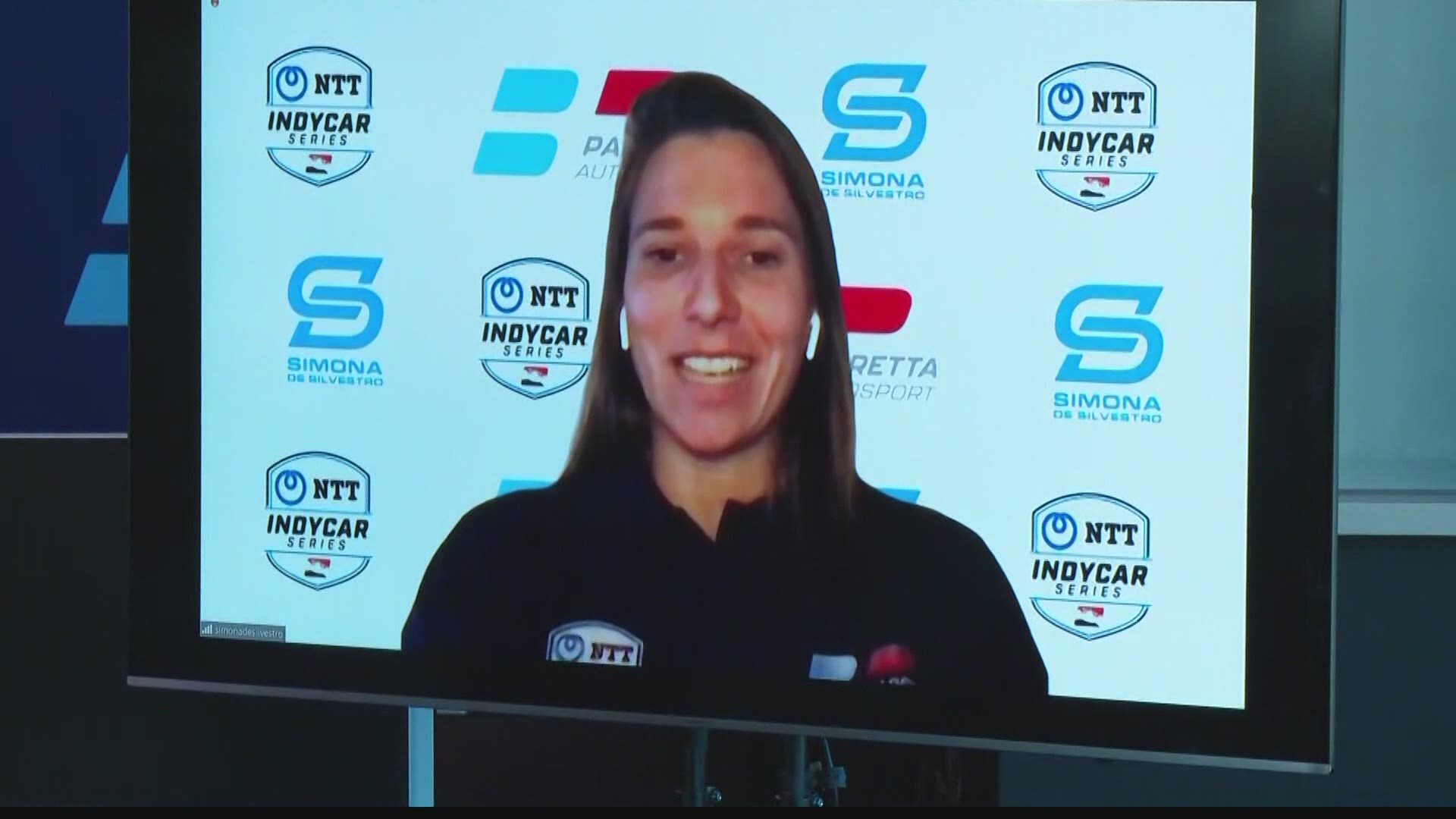 INDIANAPOLIS — The 2021 Indianapolis 500 will have a female driver racing with a woman-led autosport group. It's a big addition after the 2020 race did not feature any female drivers.

Paretta Autosport, led by motorsport executive Beth Paretta, is the newest race team in the NTT INDYCAR SERIES. On Tuesday, Paretta announced its entry for the 105th Running of the Indianapolis 500.

Swiss driver Simona De Silvestro will drive the team's No. 16 Chevrolet car. De Silvestro, 32, has appeared in five previous Indy 500 races and was the 2010 Indianapolis 500 Rookie of the Year.

"I am very excited to have this incredible opportunity to return to Indianapolis and the Indy 500 with Paretta Autosport this year," De Silvestro said. "My career really took off through my time competing in INDYCAR and the Indy 500, so returning to compete with Beth and her new team in alliance with Team Penske is a special and rare chance in my career."

Paretta Autosport is an extension of INDYCAR and a result of IMS' Race for Equality & Change initiative announced last year. Team Penske will provide technical support in preparation for the May race.

"Today is the beginning of a commitment to gender equity in sport, to encourage women to work hard so they can earn their seat at the table or spot on the grid," Paretta said in a release. "INDYCAR has been a leader and a welcoming place for women for many years because of the hard work of many women and men before us, but now we have a stronger commitment with INDYCAR's 'Race for Equality & Change' to make sure opportunities continue in the future."

Paretta Autosport will work to provide more opportunities for women on the team in competition, operations, logistics, marketing and public relations.